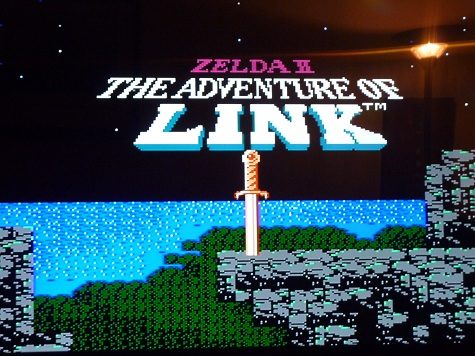 I tried, you guys.  I really did. But DAMN — that lasted as long as a virgin’s first time in the sack. Not that I, uh, have any experience with that and HEY did I tell you I tried Zelda II last night? Because I did. And this is what I got from the whole twelve minutes I played: 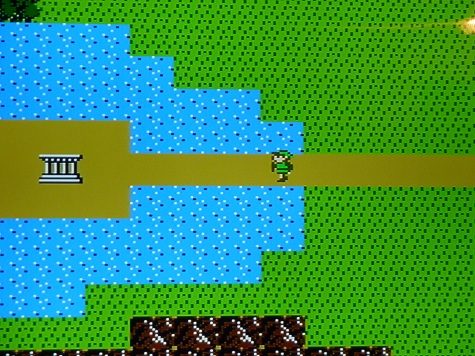 This is the overworld. It errs on the side of crappy, but I get it — this is a NES game. And honestly I could get past the look of it. It actually causes some retro warm and fuzzies…but what I’m not a huge fan of are these: 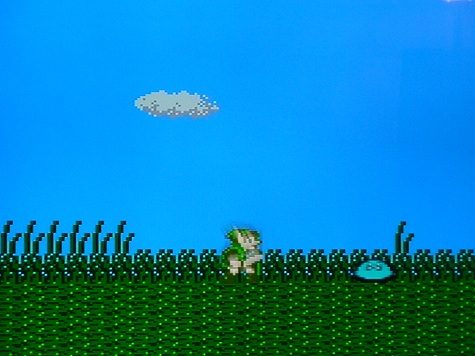 THESE BAD GUY ENCOUNTERS SUCK. “Ohai I’m going to wander around the world map until three bad guys spawn all around me and randomly move around, touch me and bring me to another screen where I must fight a never-ending spawn of monsters!” (One would think I’d be used to this from all of the old school JRPG’s I play.) But, like, what’s the point of them? Just to annoy you? I don’t recall receiving any “experience” points from these annoying fucknuts, but maybe by that time I was so checked out I was done paying attention. Speaking of experience points… 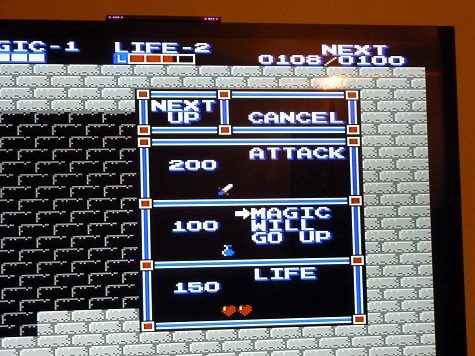 Huh. This is leveling up system is…cute and different. Actually, it’s a fun concept. Get exp. points by slaying random enemies (not sure which enemies spawn points and which ones don’t) then level up! But beware, for if you get hurt you’ll lose points! GYAH! Personally, I don’t think I’d have the patience for this. Not anymore, anyway. I think I’m too spoiled by the convenience of current games — which could spawn a whole ‘nother blog post where I rant on and on about how I don’t wanna spend the majority of my time dying, and how I don’t have the patience to get REALLY good at a game anymore, yadda yadda yadda…. 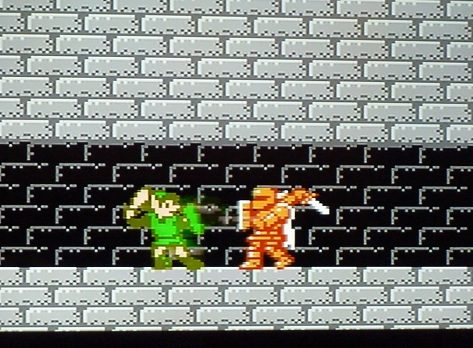 I don’t mind the dungeons all that much, I mean sure they’re repetitive (in regards to the same “screens” scrolling over and over) and again, that delivers some retro warm and fuzzies. But like I said above, I don’t like having to spawn at the beginning dungeons and losing my progress if I die. Because I am a lazy bastard and during what little gaming time I have I’d like to make actual progress. WHERE ARE MY CHECKPOINTS?!!! (More like “WHERE’S MY PRISTINE HAND/EYE COORDINATION?!”)

In all seriousness, I probably didn’t give Zelda II a fair shake. It was late at night, I was tired and looking for a chill game to unwind with. And, um, that didn’t really happen with Zelda II but I’ll give it another shot.

Also, it probably didn’t help that I was playing on the Wii remote. I really need to find my classic controller.