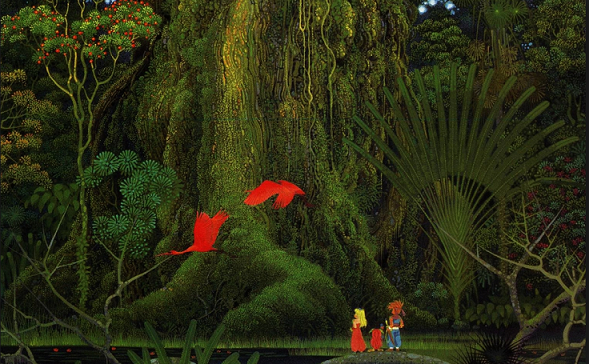 We’re several months into the new console cycle. This is an exciting time to test out the hottest video game technology and immersive ourselves into these games that were once nothing but a pipe dream. These games, nay, these experiences, are powerful, they’re beautiful, they’re impressive. The new age of console gaming is upon us.

Which is, uh, why I’ve been playing Secret of Mana.

I think most people have at least heard of Secret of Mana, but here’s a quick rundown: Secret of Mana is a critically acclaimed SNES title that was developed and published by Square in 1993. Since then, it has been ported to (some) mobile devices and Wii’s Virtual Console, and is often considered one of the best video games of all time.

Here’s the thing with Secret of Mana and I: I faintly remember watching my grandma play Secret of Mana waaaay back in the day, but for whatever reason I never expressed interest. (The real-time combat was probably a bit intimidating as I was only familiar with turn-based.) Well, thanks to my hoarding throughout the years I now own a near-complete copy myself (minus the instruction booklet). I always had intentions of someday firing it up to get “the experience” everyone raves about. Good intentions aside, I probably wouldn’t have if it wasn’t for this photo I stumbled across on reddit: 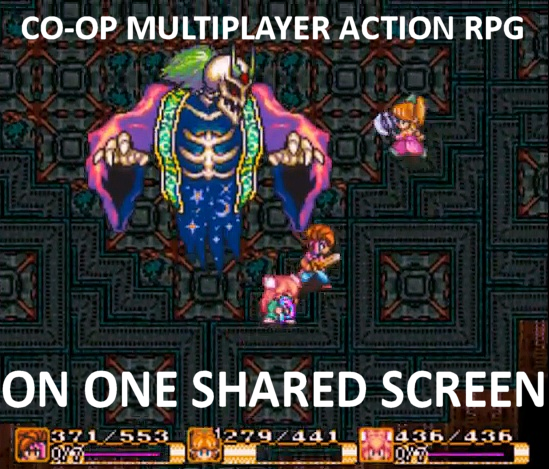 I’m always down for a co-op game, and this photo was from Secret of Mana?! I don’t know how I NEVER heard of Secret of Mana having co-op. YOU ALL HAVE FAILED ME. (It’s always easier to blame someone else, isn’t it?) Anyway, in that moment it had been decided — Secret of Mana would be a thing I would finally begin. But instead of worrying about the cartridge battery dying and giving me extreme heartache, I downloaded Secret of Mana on the Wii’s Virtual Console AND GOT TO BUSINESS. That was in early March, and while it took me longer than I care to admit, I just finished Secret of Mana last week.

Um, holy crap. Playing Secret of Mana in 2014 made me feel like I was back in 1993. In those moments everything I knew about current games went out the window — I was five years old, and these game mechanics were mind-blowing and innovative. I was impressed by the wheel menu, I was blown away by the co-operative play, the spells, the music, the abilities, everything. Guys, it was SO fucking cool. I didn’t think it was possible to experience those things for the “first time” all over again, but I totally did. 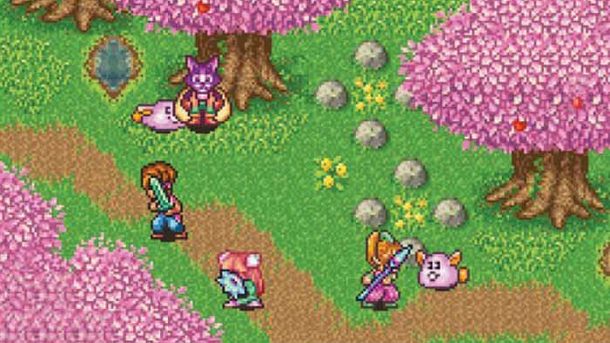 So, this is my PSA of the day: if you appreciate games of old, or hell, are looking for something fun (and challenging if you don’t grind a buttload) I cannot recommend the following ENOUGH: grab a buddy (or two) and introduce Secret of Mana into your lives. Just, like, do it. Give it a shot. You’ll know what you’re getting after a few hours. And once you finish that, by ya’self one of these.