The Woman Cave has occupied many different rooms over the course of its short lifetime. Well, only three rooms to be exact, but nonetheless whenever I move I find that my possessions become…jumbled…(read: they become a clump o’ clusterfuck). And although I’ve been comfortably moved into my abode for seven months I once again find myself in the middle of a jumbled clusterfuck. 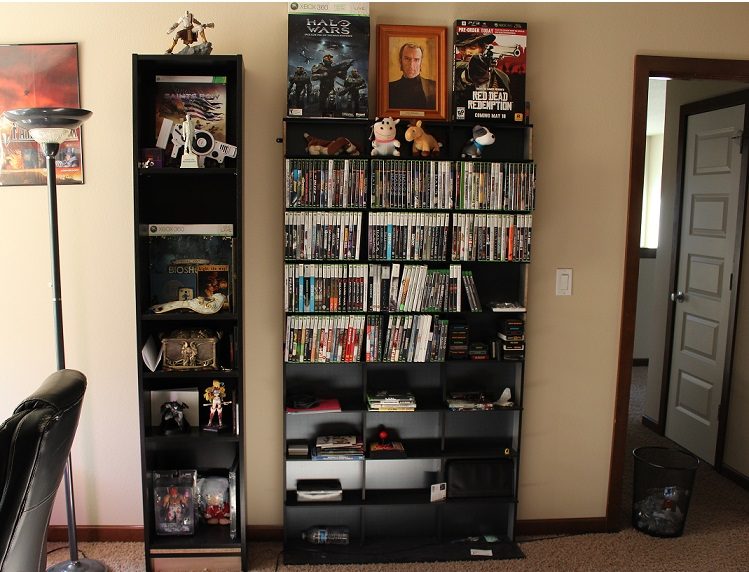 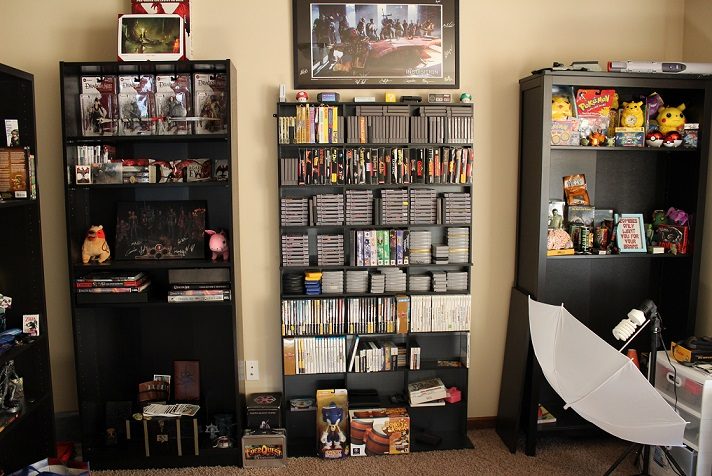 I. Need. To. Become. Organized.

I’ve tried making game lists. I’ve tried making inventory. It just doesn’t work out. If I remove a game from its respective shelf, leave it somewhere and stumble across it later I have no idea if it’s a dupe or an original. THEN I’d have to cross check aaaaaaaall of my other games, use the process of elimination, etc. to figure it out. Ain’t nobody got time for that. And with all of the game piles I have it’s easy to forget what’s a giveaway item and what’s mine and AHHHH MAKES ME WANT TO TEAR MY HAIR OUT AND FLOP AROUND LIKE A MAGIKARP.

I’ve thought about it for a good 37 seconds or so, and I’ve come to the conclusion that I’m going to organize each respective platform alphabetically. That just seems easy as pie which sounds fucking incredible right now and I still have some in my refrigerator mmmm pumpkin pie.

Let me know if you have any suggestions! Wish me luck, and send whiskey.