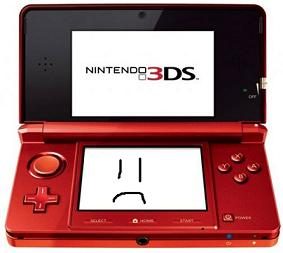 So, erm, I think I owe Nintendo an apology.

For the past several years I scoffed at the 3DS. Well, kind of. I’ve always thought the tech was cool, but I’ve never truly been a handheld enthusiast. The way I looked at it was, “Would you rather hold a teeny-tiny screen up to your face, or kick back and gaze upon 65″ of awesomeness?” and I turned myself off with that logic.

And it’s not just Nintendo handhelds; I own a PSP and its received minimal use due to my way of thinking. Anyway, I broke down several weeks ago and did what I promised I would do — buy a 3DS. Yessir! I told myself as soon as a Zelda 3DS was unveiled I’d bite the bullet and add one to my collection. After all, we all knew one would be coming eventually, so it was only a matter of time before I’d get my hands on one. I also cannot break Britt-Law and NOT buy anything Zelda themed. IT WAS A WIN-WIN.

Now, these were apparently offered for a while, starting on Black Friday of 2011: 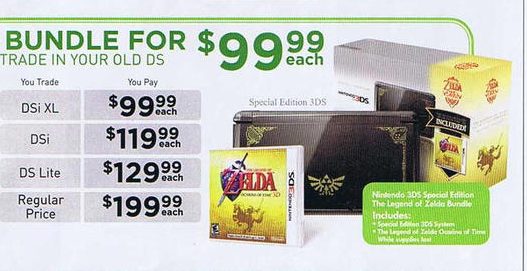 But here’s the weird thing — I, uh, just found out about these 3DSessesesses. Like, as in a few moments ago during an ebay search. Do you guys remember these? I’m not sure why I never heard of them or why I never bought one if I had heard of them, but in any case they completely flew over my radar. So. Weird.

Ahem. Ultimately I ended up with this bad boy: 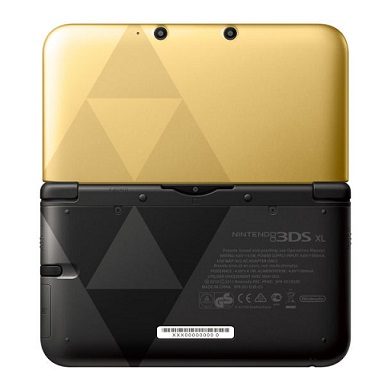 In my eyes this shiny, gold, sexual Link Between Worlds 3DS system was the first (and only) Zelda option out there, so I plunked down the cash and bought it. And this shiny-gold-sexual-Zelda-themed 3DS XL handheld system came a precious treasure; a downloadable code for A Link Between Worlds. It took a while before I even downloaded the freakin’ game (uber fail on my end, I was unknowingly depriving myself of awesomeness) but once I laid down in my big, comfy bed and started digging into the game I became HOOKED. H-o-o-k-e-d. Hooked harder than a Hylian Loach. And now that I’ve finished A Link Between Worlds I’m biting at the bit to start the Bravely Default demo.

In short, I love my 3DS so fucking hard. I love playing in bed, I love how portable it is, I love the screen, I love the way it fits in my hands, I just effin’ love it to tiny gold Triforce-y pieces. I can’t knock handheld gaming anymore. I simply cannot after having such an amazing experience with one.

Maybe, just maybe, all along I only needed a killer game to prove my silly ass that handheld gaming is legit. Long story short, I’m officially converted. ::waves pro-handheld flag::

On a semi-related note, I have a question for my fellow 3DS owners: do you play with the 3D turned on? A few times I had it on the lowest setting and that was agreeing with my eyeballs since it’s so subtle, but I’d say 95% of the time I had the 3D off. I’m curious to hear how you play!