My second Sega Saturn arrived yesterday!!! And before you’re all, “WTF BRITT you have TWO Sega Saturns?!” the answer is nuuuu I only have one. The first one sent to me was broken, remember? And let me tell you, it was the ultimate boner kill. I was 100% prepped and ready to play Panzer Dragoon Saga—a game that I had been wanting to dink around with for years–but alas, the Saturn didn’t ummm turn on.

But the seller was a good sport and sent me a replacement console. I didn’t have time to try it out last night, but I did unbox it like a ninja. Pssst…between me and you…and, uh, everyone else reading this, this replacement Saturn is cleaner and in better shape than the first one!

It’s definitely going to be a little strange playing a game that released in 1998, especially since it’ll be on a console I have no recollection of ever playing. I may have played around with a Saturn once or twice when I was little—after all, my aunt is a HUGE fan of the system, and I can’t imagine she never let her sweet, lovely ten-year-old niece hold the controller and press a few buttons from time to time.

Because it has been over 13 years since I’ve seen a Saturn in action, I don’t remember what Saturn graphics look like. Or how the controller feels. That being said, I’m not worried that the Saturn won’t tickle my fancy–after all, I have an appreciation for vintage consoles. I grew up on a d-pad and two buttons. I AIN’T SCURRED.

All I want out of Panzer Dragoon saga is a kickass story, manageable controls, and graphics that don’t make me dizzy. Oh, and a character or two with spiky hair.

So, Mr. Saturn, please work when I try to plug you in tonight. I’m temporarily abandoning inFAMOUS 2 for you. Don’t suck. 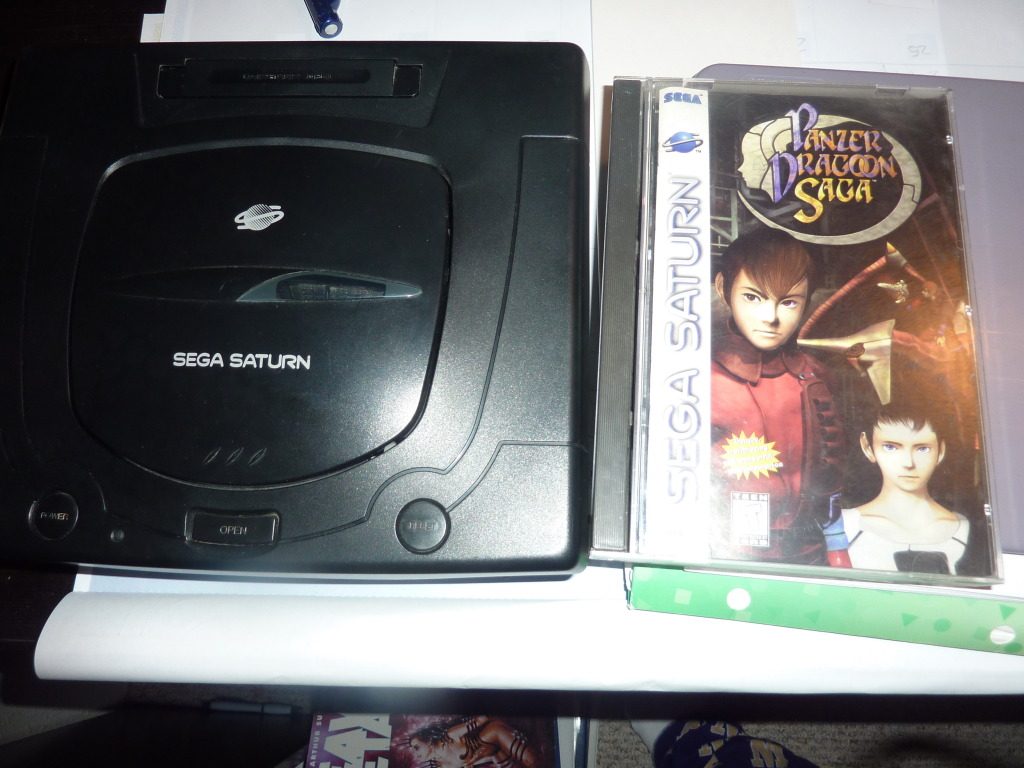