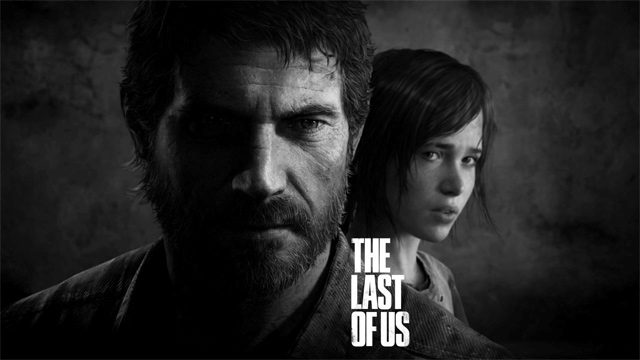 I wanted to write a blog post immediately after finishing TLOU — which was yesterday afternoon — but my brain was a garbles mess of emotions and feels. I figured waiting until today would give my mind some time to, you know, organize itself and become one with its thoughts, but alas, it’s still a clusterfuck in there.

But in any case, I might as well attempt to get all of this out in one form or another.

So, The Last of Us. Neeeever before have I ever felt so enveloped and consumed by a game. (Seriously, I should have gotten about seven bladder infections because I held my urine for so long while playing.) I could ramble off a million contributors, but one of the main has to be the quality and realism of the sound. My God, you guys, it was incredible. An example that comes to mind took place during the early QZ escape with Joel, Ellie and Tess. True to dire and dreary circumstances, the night was dark, rainy and the sky was riddled with thunderstorms. At one point all three of the characters took refuge in an hollow, metal container, and as soon as Joel stepped foot inside the sound of raindrops hitting the ground were replaced with the sound of rain slamming against metal. Now I know these sound effects are captured via IRL circumstances (like IRL rain hitting an IRL metal container) so duh, of course it’s going to sound real, but the transition was seamless. Like, damn. At that moment I distinctly remember sitting back and doing nothing but listening for a minute or two. 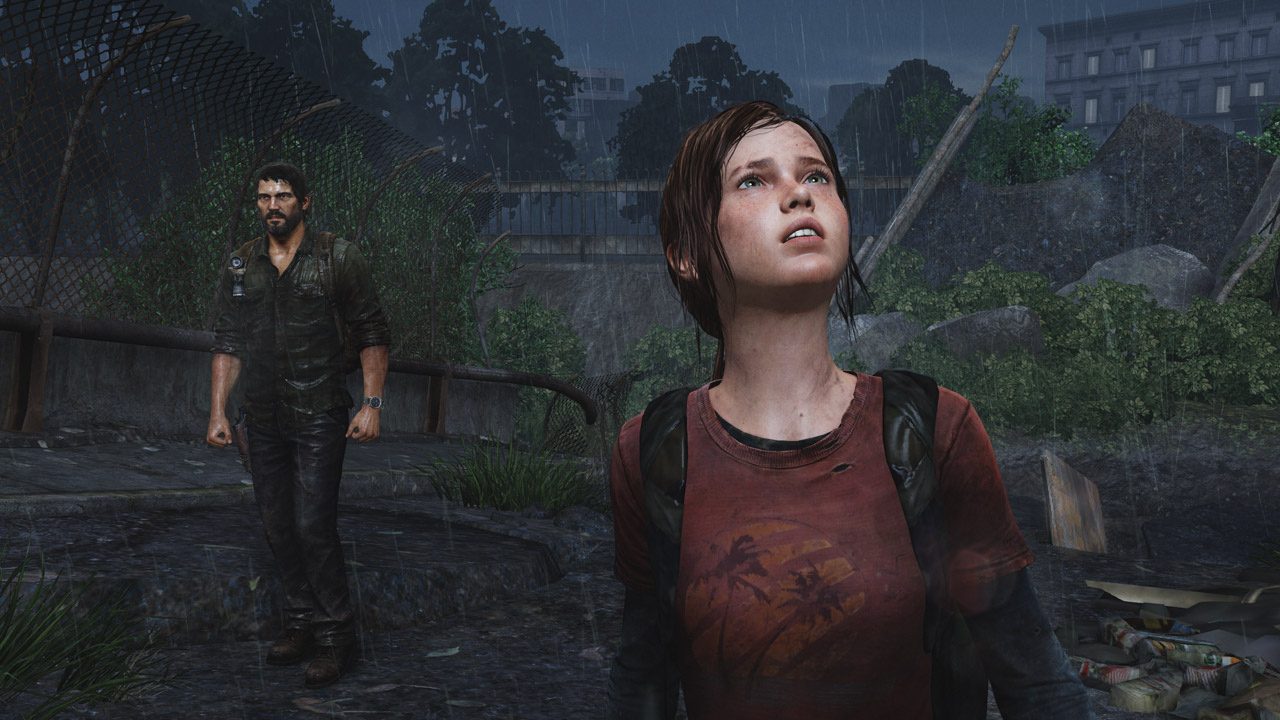 GAH and the voice acting. The voice acting was just…perfect. PERFECT I SAY. The tone and emotion behind every line was consistently appropriate for the circumstance, and holy crap, I have to stand up and applaud the voice actors because they nailed it out of the park, down the alley and into the next dimension. Even something so simple as Joel telling Ellie to “scootch” as he mounts a horse was friggen’ flawless. I could go on and on and praise the character chemistry and more, but The Last of Us’ dick is so far down my throat it’s becoming hard to breathe.

Seriously though, there was something about The Last of Us that is unlike any other game. I can’t quite put my finger on what it was,  but my best guess is that The Last of Us is probably the most narrative-driven game I’ve ever played. But I’ve played many narrative-driven games, so it’s not just that. I found that there were several, long-lasting moments during which there wouldn’t, well, be anything to kill. Enemies weren’t present. I don’t know about you, but I’m used to always killing shit (or maybe that’s because I’m also in the middle of Borderlands!) but not having Hunters, Stalkers and Clickers around allowed me to simply zone out, take everything in and assess every detail. Top that off with the immaculate sound and voice acting, and well, I guess it’s really not hard to see why The Last of Us is different than the others.

And I must bring up the characters. Y’know, I don’t know what it was, but as much as I liked Ellie I never really “bonded” with her. Like, towards the end of the story I wasn’t so much concerned for Ellie as I was for the sanity of Joel SHOULD something have happened to Ellie. I have a slight idea as to why this might be, but fair warning, it’s silly: I knew Ellie’s voice actress is actually 29-years-old. So I couldn’t stop thinking, “WOW! She sounds just like a little kid even though she’s almost 30!” For some strange reason, it tore down the fourth wall. Again, like I said above, I adored the character of Ellie. She was witty, a smartass, a tomboy and didn’t take bullshit from anyone. But there definitely wasn’t a vagina-bond a’la Elizabeth from Bioshock Infinite. 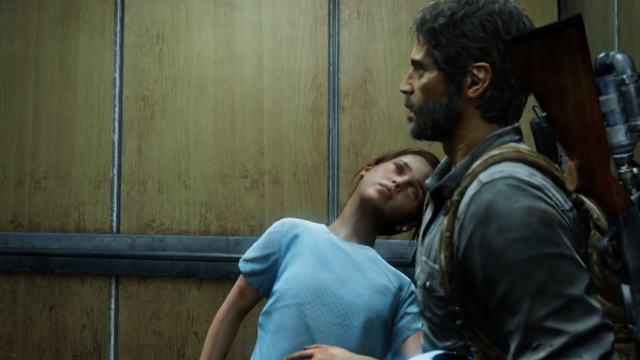 When it came to Joel, I had a soft spot somethin’ serious. He’s this rough-tough lookin’ dude who obviously adored his daughter to pieces, and, well, after watching the terrible circumstances he goes through in the beginning of the game how can you NOT feel bad for this guy? Bless Ellie’s heart, she was always trying to break through Joel’s tough-guy wall, chipping away little pieces here and there. There were several occasions when I would scold Joel to myself and be like, “C’mon DUDE! Stop being such a douchenugget and show this girl some emotion!” That’s why when he finally caved in, I did too. Hoooly crap. Watching him tell Ellie he’d “reckon” she and Sarah would have gotten along well tugged at my heart strings. When he told her he wanted to teach her how to play the guitar, I was flooded with the warm ‘n fuzzies. But the REAL kicker was when — I assume all of you have finished the game, but if not, major spoilers ahead — he was carrying Ellie out of the hospital. The music was hopeless, he was desperately yelling at the Fireflies to leave them alone and I was SURE he was going to be fatally shot. This miserable cinematic played out in my head of Joel carrying Ellie, finally getting to the exit door and then being taken down. With that awful mental image in mind, it uber-depressed me. I thought to myself, “Here Joel is, finally warming up and finally showing emotion to Ellie. After all he’s gone through, after all SHE has gone through … he finally has found something worth fighting for, and now he’s going to lose everything. HE’S A GOOD GUY AND DESERVES A SECOND CHANCE, DAMMIT!”

But, uh, everything actually turned out peachy keen. So that’s good.

So, erm, if you can’t tell I think very, very highly of The Last of Us. What did you think of the game?