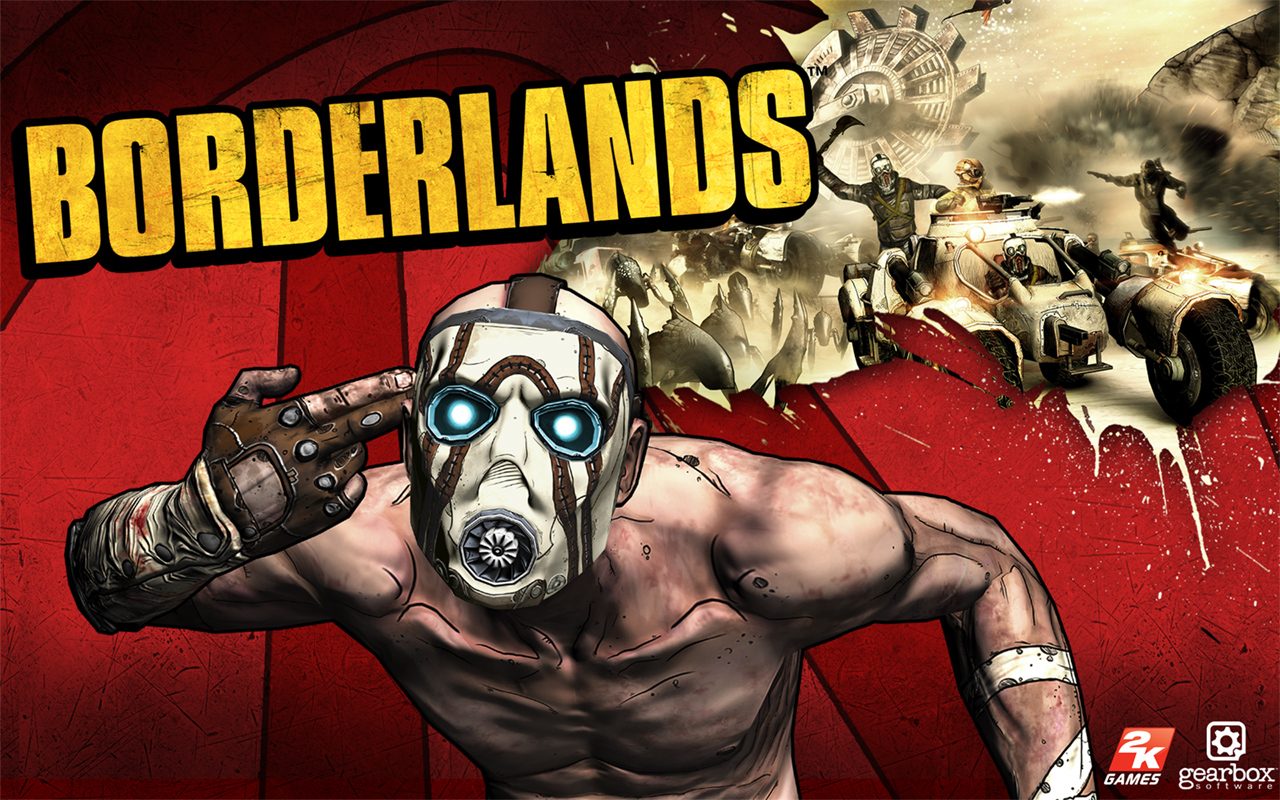 In late, gaming-related news, I finally completed Borderlands and about 79.453% of its DLC  a week and a half ago. Better late than never, right? C’mon I was only four years late.

…FOR SHAME, BRITT. FOR SHAME.

I’m not entirely sure WHY I waited so long to visit the vast, dead-y planet of Pandora, but after wrapping up Halo 4 with my local co-op buddy (I prefer to play local whenever possible!) I was like, “DUDEBROMANSEPH. We should Totes McGotes (Britt speak for “totally”) play Borderlands because I’m a loser and haven’t played it yet.” So we did. IT WAS THAT EASY.

I feel like Borderlands started off kinda slow, picked up, got REALLY great, then kind of slumped off — but I think that’s our bad. As we progressed through the game, we were loving the challenges, the quests, the ass-beatings we were receiving — but then…then, we downloaded the DLC a weee bit before we probably should have, which resulted in stupid high level gains, which ultimately meant the final stretch of the game was a cinch. Seriously. I think we defeated the Destroyer in 30 seconds.

That was probably the biggest bummer of the game, but again, that was our bad. The only other thing that comes to mind of the minor irritant variety was the constant backtracking. Like, “OH HEY! Run to Point A to obtain the quest! Now, go to Point B — two maps away — to finish the quest. GOOD! Now, run (or drive) AAAALLL the way back to Point A! Then, go BACK to Point B for part two of this quest!” Granted, this isn’t a Borderlands exclusive-annoyance (I’m looking at you, WoW) but I hope the process is a bit more efficient in Borderlands 2. Oh, one more thing — I can’t imagine playing Borderlands by myself. I say that because the story was kinda, well, lackluster, and the only thing keeping me hooked was the humor and the cooperative gameplay.

But okay. I feel like I’ve shat on Borderlands enough. Now I shall praise it. 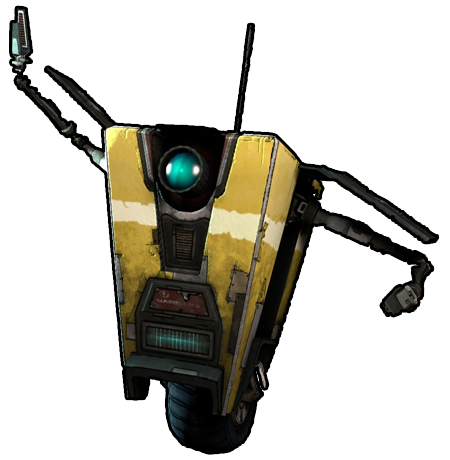 First of all, I don’t know how I EVER lived my life without Claptrap being a part of it. Some of the things that came out of those robo-dudes’ mouths…holy shit. HILARIOUS. In fact, from time to time I’ll randomly have an outburst during which I tell my friends to “check me out” because “I’m dancing, I’m dancing!” On that same note, the characters of Borderlands were OUT of this world, and of course, I mean that in the best way possible. What was that thing Scooter said during the Genral Knoxx DLC? “Smokin’ Jesus Titty Cinnamon!”

Like, damn. If there is ANY game out there that encompasses my sense of humor, it’s Borderlands. Granted, I laughed more during Portal/Portal 2, but the Portal humor wasn’t quite as raunchy. Now, if those two were joined forces….ERMAHGERD. I would laugh for days.

I was also quite skeptical of the whole “RPG/FPS hybrid” thing going into Borderlands, because, like, how does that work, right? HOWEV-A I was (as I’m sure many of you were as well)  pleasantly surprised with just how well it did work. I loved watching the damage counter fly over the enemy as I was pummeling him with my assault rifle and I grew strangely addicted to upgrading to my turret. (I’m currently playing Dead Space 3 and every now and then I instinctively hit LB to launch my non-existent turret against Necromorphs.) It was also great to play God and customize my character however I saw fit. I could give him healing abilities, but also major damage bonuses. Now I see why people spend SO much time upgrading and building different character classes — the possibilities are endless.

The funny thing is I think the DLC (LOVED The Zombie Island of Dr. Ned) was so much better than most of the original game. Maybe it was because by the time the DLC came out Gearbox had listened to some of the fan feedback? In any case, I found the quests to be more in-depth and varied, not to mention the change of scenery was appreciated. It was nice to roll around in new vehicles and get our asses kicked by new enemies as well. BUT DON’T GET ME STARTED ON MOXXI’S UNDERDOME. God, that DLC will be the death of me. It’s so effin’ addicting, though!

Needless to say I plan on starting up Borderlands 2 in the near future. From what you guys have told me, it’s “SO MUCH BETTER” than the original. And seeing as I had quite a bit of fun with the original, my stokage meter for BL2 is really high and stuff.

Leave a Reply to Will Castillo Cancel reply