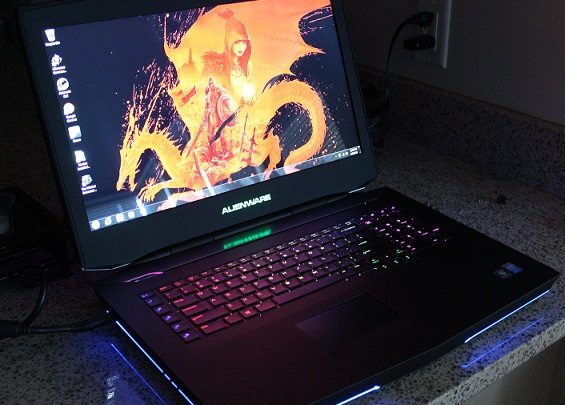 Believe it or not I truly believe that some games are played better on PC. THAT’S RIGHT. I’m not the die-hard console fangirl you thought I was. NOW YOU SEE ME IN A WHOLE ‘NOTHER LIGHT DON’T YOU?!

But seriously, I’ve always yearned for a super-powerful gaming rig. I’ve always had great, functioning PCs at my disposal — the most recent being the desktop I’m currently using, which I bought towards the end of 2010. But whenever I attempt to run a game like, hell, 1999’s Asheron’s Call, my poor PC chugs. I was super disappointed when I couldn’t play Dragon Age II on any setting higher than low, and I ultimately quit The Witcher because it ran horrendously.

So, why didn’t I update my desktop with those fancy gizmos and gadgets and whatever the hell else comes in a gaming rig?

Well, I tried. Unfortunately, though, the tower is way too small and won’t fit any modifications (it doesn’t make a lot of sense to me, but I’ve been told this several times SO IT MUST BE TRUE) and when I purchased my desktop in 2010 I thought I knew what I wanted. WELL HAHAHA SEEING AS IT CAN’T RUN A 14-YEAR-OLD GAME ON MEDIUM SETTINGS HAHAHA…haaa…sigh.

Therefore I said, “Fuck it!” and decided to go big or go home. And went big I did, bought the Alienware 18 laptop you see above and now feel like I’m set. Don’t ask me what the specs are, because I couldn’t tell you. All I know is it runs The Witcher and Asheron’s Call on the highest settings and that makes me incredibly happy. I, uh, haven’t tried anything else because it just came in yesterday, but I’ll keep you posted.

All that’s left to do is get the battle station ready. And by battle station I mean I’m going to hook this bad boy up to my living room TV via an HDMI cable, find my wireless keyboard and mouse and I WILL NEVER LEAVE MY APARTMENT.