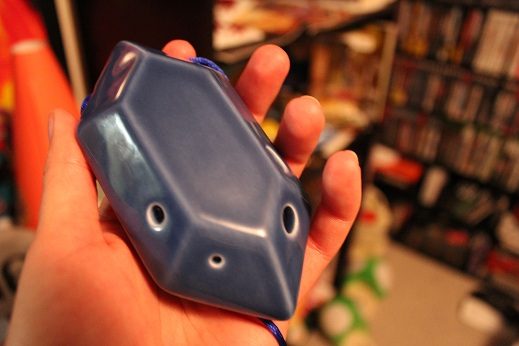 Several weeks ago (er, maybe it was months) someone AMAZING named Tony sent me the above sex toy you see above. But, er, it’s not really a sex toy (like you couldn’t figure that one out) (also, ouch), and I’m happy to report I’ve spent the past hour or so being productive with my life by learning to use it. Also, it’s a rupee ocarina.

With the ocarina came a list of several songs including Epona’s Song, Song of Healing, Song of Time, Kakariko Village, etc. and I’m currently mastering the Song of Time. Sure I sound like a dying cat who is taking a rocket in it’s bunghole, but hey, I’m improving.

I believe this is the model I have, and if you have any inkling to learn how to play one of these bad boys I’d suggest starting out with it! After ten (or, um, thirty or forty) minutes or so I had the basic finger placements down, and despite sounding like a dying cat taking a rocket in the bunghole it sounds somewhat legit.

SO DO IT. DO IT NOW. And at the next con we’re at we can bust out the Song of Time all Zelda and Link duet-style and reenact this scene:

Or we could go another route and do this one:

Just be prepared to be the one with the vagina. I already have a link costume. >D 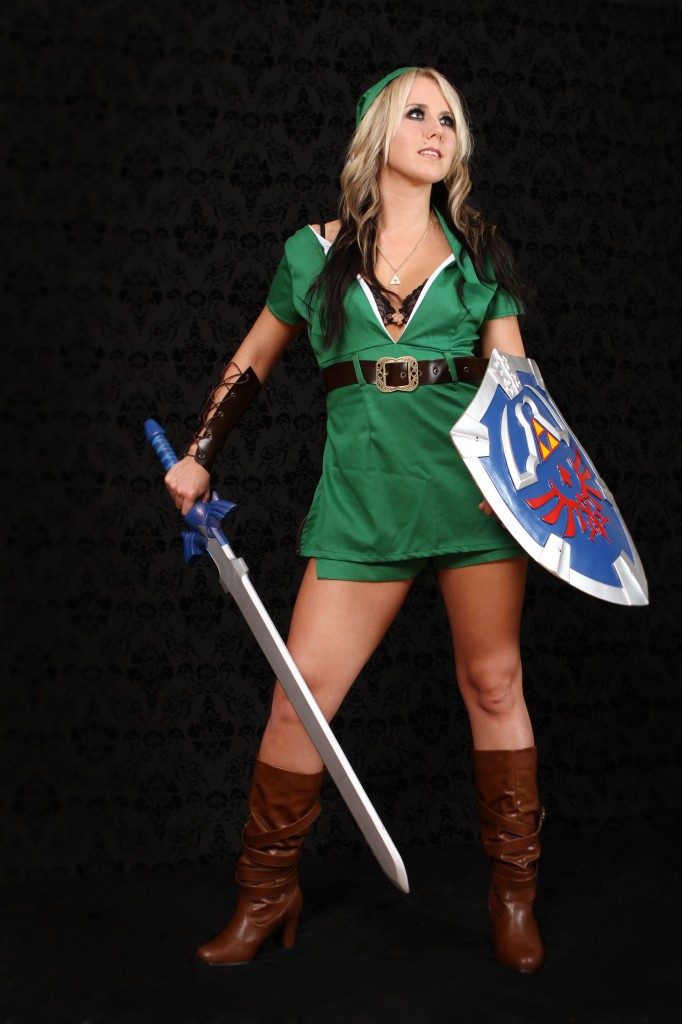