I’ve never considered myself much of a traveler. Until last year I had only stepped foot onto an airplane maybe four or five times, and the only states I’ve actually spent time in (besides WA!) are Oregon and California.

Oh wait; there was that epic road trip I went on last year. Two fellow gamers and I decided it would be an awesome idea to drive from Florida to Boston for PAX East. Unfortunately we didn’t get to sightsee or spend any time on our way up (or back down), so the trip was utterly exhausting and ultimately a bad idea. But hey, it was still fun nonetheless!

But things are about to get a LITTLE crazy. 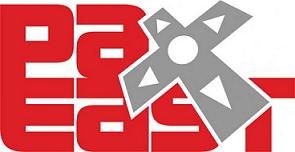 I’m leaving for Boston tomorrow. In less than 24 hours, my ass will be on an airplane (isle seat FTW) heading to Boston for PAX East. I’ve always said this about PAX: it’s not the games that make the convention; it’s the people you spend it with. I haven’t seen my podcast co-host Beezball in over a year, so I’m SUPER excited to see him again and you know, just give him a hard time and harass him. What are friends for, anyway?  There are also a lot of people I’m looking forward to seeing that I haven’t in six months (some longer!). I’m going to be taking a butt-load of pictures and video, so expect random updates straight from Boston!

Next month, I’m heading to LA Now THIS is simply awesome. Why am I going to LA? BECAUSE OF THIS: We’re Alive will be LIVE at Meltdown comics in LA April 16th 8 PM.
Tickets will go on sale later this week for $10. Seating will be somewhat limited so keep an eye on the twitter or Facebook feed for when they go on sale.
There will be a live performance at the event, a Q and A panel hosted by Greg Miller and Brittney Brombacher from “We’re Not Dead” followed by a meet and greet. We haven’t released the details of which characters will be there, so stay tuned to this page for updates.
You’ll notice this is a sponsored event by the Nerdist, Chris Hardwick. I’m not sure if he’ll be at the event, but we want to thank him for his support of the show. Thanks again and hope to see you there!

YESSSS. Isn’t this unbelievably awesome?! I am so pumped and excited for Kc Wayland and Shane Salk (the folks behind We’re Alive). Mark my words, We’re Alive is going to blow up very soon. And by blow up, I mean it’s going to become insanely popular and publishers of all sorts will be throwing themselves at their doorstep. But anyway, I’ll be there hosting a Q&A panel with Greg, handing out prizes and documenting the madness. 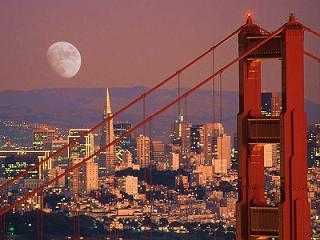 The weekend after LA, I’m going to San Francisco. One of my best buddies EVAR has been harassing me to visit SF for about a year now, so to shut him up, I told him I would visit in April. Hehe. But seriously, I’m looking forward to this mini vacay since it sounds like it’s going to be very low-key with lots of city exploration. But I’m mostly excited for the food. San Francisco, I’ve heard you had amazing food. DON’T LET ME DOWN.

This will be the most traveling I’ve done in my entire life.