Last year my life was made when I found out Vagary.TV, the site that hosts our n00bketeers podcast, had been granted passes into E3. To be honest I had expected nothing more than a “thanks but no thanks” from the folks that run the joint, but when we were approved as media AND invited to the Nintendo press conference I could have died right then and there. 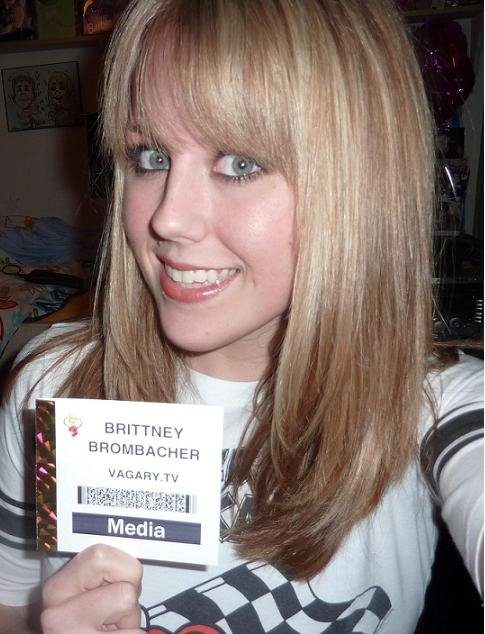 This year, though, things are a little different. It’s now tougher to get into the show floor, and Vagary.TV was originally denied passes. But through constant back and forth banter (seriously, it seems like every week I would tell my friends “I’M GOING TO L.A.!” then the next it was “I’M NOT GOING TO L.A.!”) and through the power of persuasion, our site-head was able to nab Vagary a few floor passes.

Unfortunately I wasn’t distributed one of the passes, and I was one sad panda.

In fact, can you imagine how sad I became when I learned that Nintendo is unveiling its new console at this year’s conference!? UGH! Why couldn’t they have done this last year, when I could actually attend?!

OF COURSE IT WOULD BE WORTH IT! I would have absolutely no qualms forking over the money for a plane, hotel and whatever else may be needed so I could watch the unveiling of a console firsthand. Witnessing such an event is on my bucket list.

I emailed the Vagary overlord and inquired about attending the conferences (those, in my opinion, are the best part of the show anyway) and within an hour he had me on the big three’s attendance list.

My decision was made. I would be going to LA next month. SCORE!

After I publically tweeted and gushed about going to the conferences via every social networking website available, I found out that we were only on the “waiting list” for Microsoft and Nintendo. The only conference we were guaranteed an invite to was Sony’s.

Truth be told, the only conference I truly care about is Nintendo’s, so a week later I asked the overlord if he could follow up on our invite. He did, and this was our response:

Thanks for following up. You’re on our standby list now for consideration once more space fills up. If we cannot extend an invite and you want to check-in onsite, please visit the guest services table (where I’ll be stationed) and I should be able to help you out.

So now I’m in a pickle. Do I buy plane tickets and hope for the best? If we aren’t given an official invite, do I pray that I’ll gain admittance if I check-in onsite?

I think I’ll personally email that person back, explain my situation and see if they can provide any details as to when we might hear more; I need to give my boss a heads-up and I need to buy plane tickets ASAP.

Or, I could just take a few hours off of work and watch them from home. 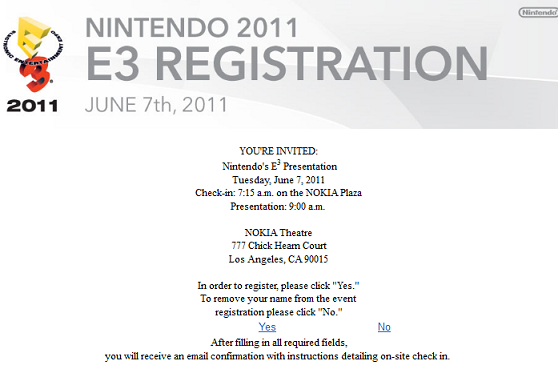