It’s kind of a slow news day, so I plan to flood you, my dear readers, with awesome videos.

This song almost made me feel sorry for Mario. I mean, poor guy has been chasing the same ass for, crap, how many years, and he still has yet to receive any Peach action (ZING!). While we technically don’t have confirmation regarding Mario’s lack of ass, I can only assume he he hasn’t hit a home run with the princess because every few seconds homegirl is getting kidnapped by that big reptilian bastard.

But on another note, I can’t feel too bad for Mario because he never learns. Sure — love makes people do weird and crazy things (like build a Dragon Age shrine in honor of the character you’ve fallen for), but after 30+ years of being a thing that’s a thing you would have thought he would have moved on.

Related: This photo was released today: 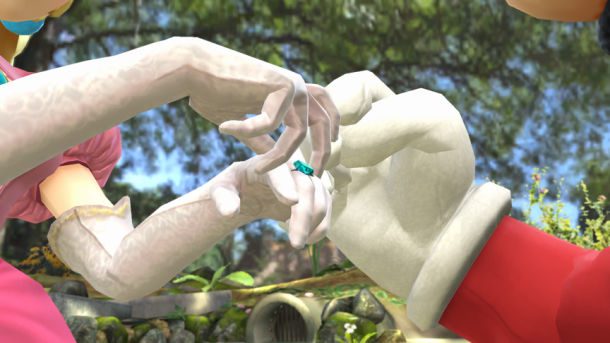