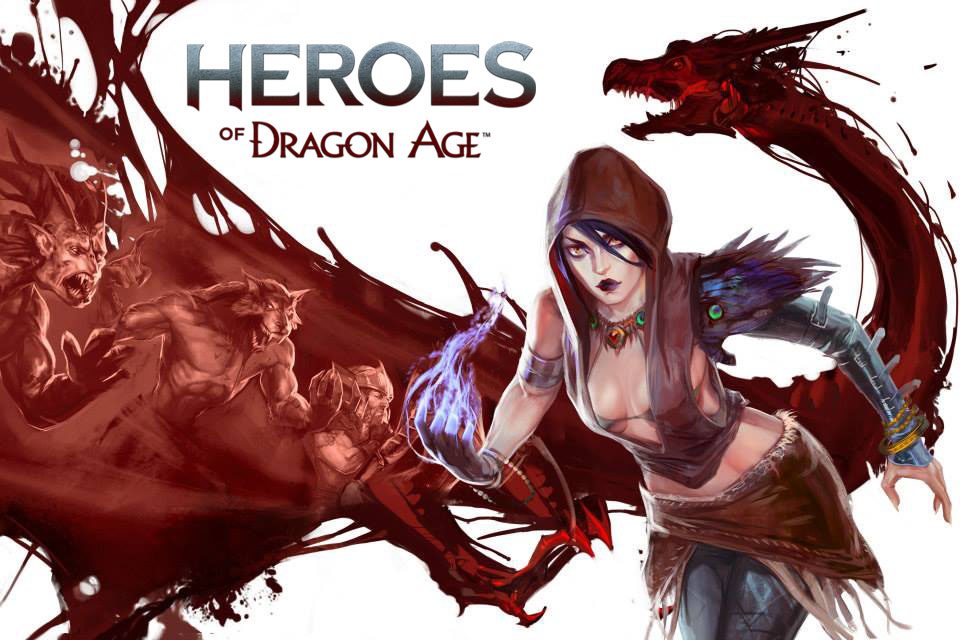 Have I mentioned lately that I’m LOVING all of this Dragon Age stuff? I know, I know… it’s hard to believe coming from me, but I’m telling you it’s like friggen’ Christmas, waking up with new tidbits of info every day and all that. The honest to God truth is I feel like I’m re-living the pre-launch hype days of Ocarina of Time.

But I digress. EA and BioWare have announced Heroes of Dragon Age, a free downloadable title of awesomeness that will be available for iPhone and Android devices. The title is being developed by EA Cpaital Games and will be out later this year.

Executive producer Jeferson Valadares sat down with IGN and dished some deets:

“We all like CCGs, RPGs, and squad-based tactics games, but they can be a little niche. The idea for Heroes of Dragon Age was to take those ideas and make them more strategic. We set out to make an accessible strategy RPG that takes full advantage of the Dragon Age universe’s cool characters and locations.

“Characters are sorted into four different factions and have rock/paper/scissor-style pros and con. Players construct their team and pick their placement ahead of time and the battles then play out automatically. The planning stage still keeps everything strategic. You might want to keep multiple squads on hand that are optimized to take down specific types of opponents, for example.

“Everything is available just through playing – nothing is locked off. Players that spend money can just increase their odds of getting rare characters. Fairness is very important to us.”

HA. “Players that spend money can just increase their odds of getting rare characters.” DO YOU UNDERSTAND WHAT THIS MEANS TO ME, VALADARES? This means instead of purchasing several copies of a Dragon Age title (which I’m notoriously known for doing) I’ll just buy ALL OF THE CHARACTERS. Muahahaha! The circle of life will be completed after all. A-ahem. Heroes of Dragon Age will come packed with more than 100 unique characters, and it sounds like even more  are their way with post-launch support.

Well, this is another thing I’ll be playing the shit out of whenever the Gods at EA decide to bestow us lowlings with its awesomeness. You see, ladies and gentlemen, all I needed to hear was “BioWare” and “Dragon Age universe”. Seriously. If ANY developer/publisher out there claims its game has the aforementioned things I’ll buy it. There. NOW ALL OF YOU KNOW HOW TO TAKE MY MONEY.