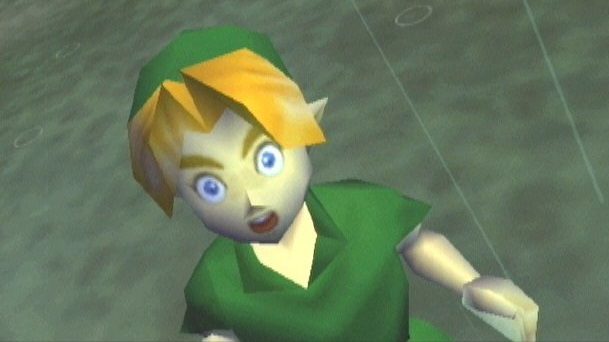 Are you ready for some rumor-tastic rumors to seep into your face hole and infest your entire body?!

Alright, so everyone and their mother has likely heard of of Nintendo’s disastrous sales forecast by now. These, erm, rather unfortunate numbers got people thinking and talking about strategies Nintendo could implement in order to raise those numbers up to something a little more digestible. One particular theory was that Nintendo abandons ship with the Wii U and accelerates the process on hardware that has a higher probability of ultimately becoming, you know, profitable. And now that we’re well over a year since the Wii U’s launch, it’s not a secret Nintendo is likely working on their next generation of hardware to some extent.

But we may have some information regarding this next venture, thanks to Nintendo News. Now, Nintendo News prides itself on its “impeccable reputation” when it comes down to unveiling the nitty and gritty (or in their terms, things that are “credible and newsworthy”) but of course caution that none of this has been officially validated or guaranteed.

So, back in the day (on May 29th, 2003 to be exact) Nintendo purchased the domain NintendoFusion.com. During that time Nintendo was partaking in the Nintendo Fusion Tour, a gaming/musical festival that was sponsored by Nintendo of America. The tour ended in 2006. (That’s possibly where the “fusion” name stems from.) Reports are kinda scattered, but from what I can gather we can think of the Nintendo Fusion as an updated Wii U/3DS hardware bundle. Like, an all-in-one shindig.

Check out these “leaked” specs:

As I’ve said before, I know diddly squat about specs. I just don’t speak its language. So, if you want to translate for me that’d be fan-effing-tastic. (I’ve read reports that the specs are on-par with the Xbox One and PS4, and I’ve read reports that say these specs blow them out of the water. Halp?)

If anything, what makes me excited is the Nintendo 3DS Card Slot. I’d love the opportunity to play my handheld games on the big screen every once in a while. We should also note that the Fusion Terminal would support four Wii U gamepads. Everything else is essentially Greek to me anyway. ;)

Now the question is, how much energy do we devote to these rumors? Do we take them seriously, or as one website put it, take them with a 3DS XL-sized shaker of salt? It would be quite fascinating if the big N were to write off the Wii U and get something on the market within a few years (after all, they do have a huge war chest so cutting their losses wouldn’t be, like, detrimental) and something like the Nintendo Fusion doesn’t seem super far-fetched. If these rumors are to be believed, I don’t think we’ll hear anything official for quite some time…although an E3 announcement would be pretty fucking gnarly.

Anyway, let me know what you think!