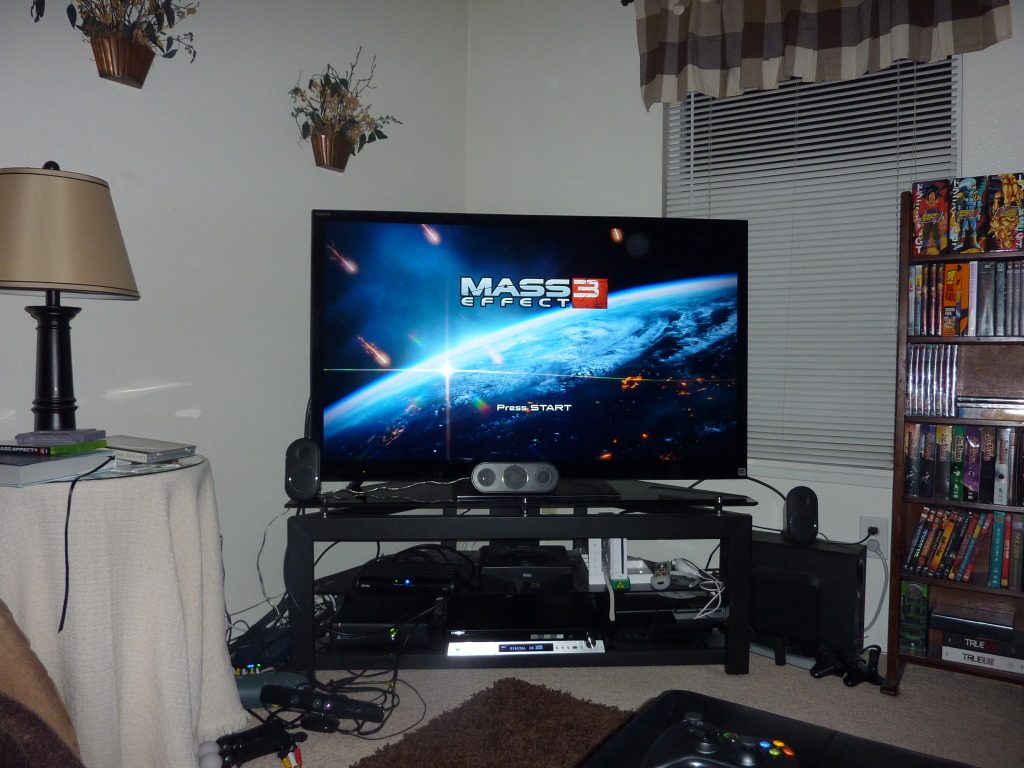 Ahem. Please excuse the cords and the mess, I was too busy being enamored BY MY BRAND NEW 55″ INCH TV!!! I got a killer deal on this bad boy — it’s a Sony Bravia somethin-somethin 55″ LED 3D TV and it does things I don’t quite understand, like hook up to the internet and such. What is this I don’t even.

Anyway, I wanted to show ya’ll my new toy! The next thing I need to do is remove the old-ass setup I have in my bedroom and replace it with a new TV stand and my 46″ TV (the one that used to be in my living room) and hook up all of my old consoles. It’s going to be my retro room …or something.  Either way, it’ll pretty much be another gaming room with a bed in it.