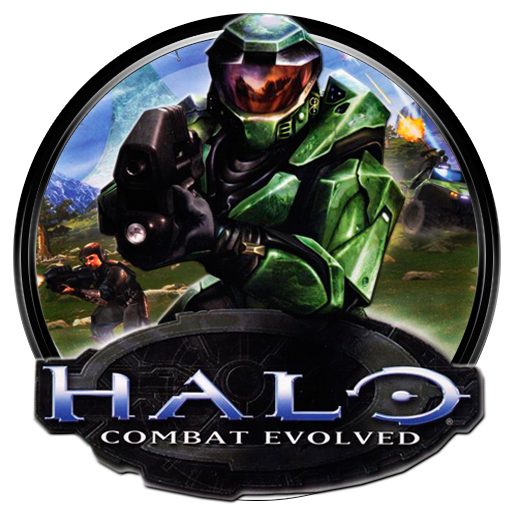 Hi guys. Guess what? I’ve never finished a Halo game. EVER. For some, that may be shocking. Others may be thinking, “So what? Neither have I!” Well, in any case, I’m now in the middle of a prolonged Halo marathon in which my ultimate goal is to finish every Halo game (as you can tell, I’m only midway through Combat Evolved, so I have a ways to go!) and seeing as I haven’t played a game without creating a log for it since 2011, I figure I might as well give this a shot.

So, what is there to say about Halo: Combat Evolved?

It’s definitely one of those games I don’t think I could play by myself—I need the co-op gameplay in order to stick with it. Unlike other FPS like Call of Duty—which is a HOLY–BALLS ACTION TO YOUR FAAAACE BOOMBOOM BANG EXPLOSIONSSSSS crammed into a short, doable six hour campaign—Halo’s campaign is longer (or at least it seems that way) and has more breaks in action. The story doesn’t seem to be as dramatic and over-the-top (which is why I’m able to stick with FPS like CoD and MoH) soooo…I need someone to, like, talk with during Halo and someone I can just kill at will during one of those “breaks in action”.

But there is something extremely satisfying about playing an old-school FPS shooter like Halo. It’s just FUN. Killing grunts, picking up weapons, the shields, the med packs, the terrible Warthog controls…all of it! Hell, I even get more pleasure than I should out of listening to Master Chief’s footsteps.

I’m also excited to familiarize myself with Halo’s story. I now have a feel of who these staple characters are and what Halo actually is. Well, kind of. It’s a little hard to follow the story when you’re constantly teabagging and trying to kill your co-op partner. Translation: After finishing Halo: CE I will stalk the Wikipedia until I learn myself of everything that happened.

As far as the story goes: I’m supposed to stop Captain Keys from doing something. Like, going after Halo? Shit. SEE?! I can’t remember anything!!!