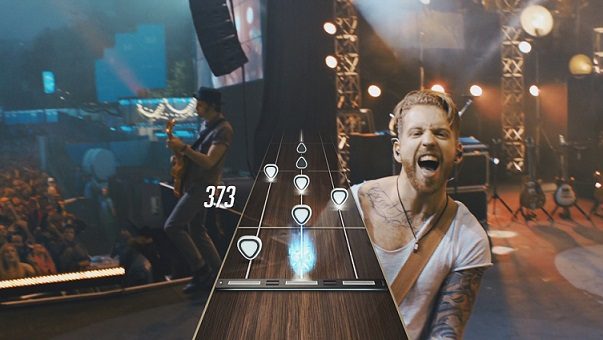 REJOICE! Perhaps the bad blood you’ve accumulated towards Activision is for naught. Or something. ‘TIS TIME FOR FORGIVING, FRIENDS. Let the mistakes of the past be nothing more than empty, uh, actions that aren’t worth holding onto anymore.

“It is not in our plan to put out a new disc in 2016,” Tyler Michaud, senior director of product management at Activision, told Game Informer. “When you look at what [Guitar Hero Live’s GHTV] can do, we can bring you that new content and new ways to play without having to ship you a new disc.”

While I wouldn’t expect a new disc yearly (we gotta take his word for it) I would expect a metric buttload of DLC. But hey, that’s just swell. The ability to pick and choose which songs you want to pay for is ideal, right? Unless…unless Activision releases “bundled” DLC that requires you to plunk down $$$ for a group of songs, and only one of which is a song you want.