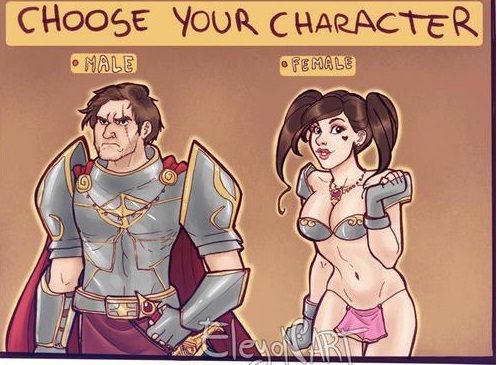 Let’s talk about female armor for a bit. And by “female armor” I mean those amazing chainmail bikini tops and pieces of cloth that — somehow — protects the wearer from being impaled by sharp objects (ZING!) like spears, swords and arrows.

Now, from a personal standpoint the typical fantasy armor (or lake thereof) doesn’t offend me off nor make me feel objectified. To me it’s just fantasy. It’s fiction. It’s a tongue-in-cheek part of the lore. That being said, I definitely appreciate a badass chick in a full-fledged suit of armor, and I’d be lying if I said the appearance of the female character didn’t have an effect on how I perceive her. For example, when you have a female clunking around in head-to-toe metal-stuff you’re not constantly reminded that she’s female by her protruding chest — and, erm, what? I’m sorry, did that character just have a pivotal moment? Boobs. All I remember seeing are boobs. And did you see that ass?!

But seriously, if a character is having a climatic moment but all the camera focuses on are her Jigglypuffs, it can be hard to take the scene — and/or character — seriously. Like, why else would her ta-tas be bouncing about if it were not meant to be aesthetically pleasing? As in, catch your eye? OH DAMMIT I MISSED THAT PIVOTAL MOMENT AGAIN.

Anyway, regardless of your stand on female armor you should check out Repair Her Armor. The tumblr blog is “dedicated to show and change the looks of ridiculous female armors (and other outfits) that women tend to have in media; such as games and comics.”

Here’s an example of the author’s work: 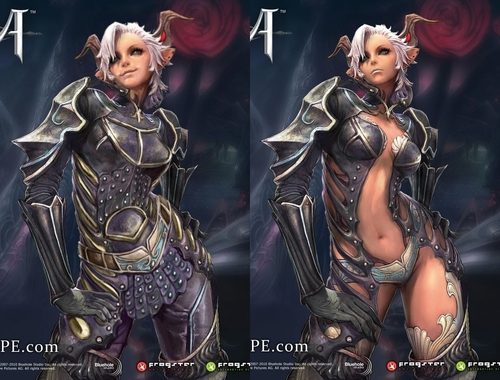 Peruse the site and let me know what you think!