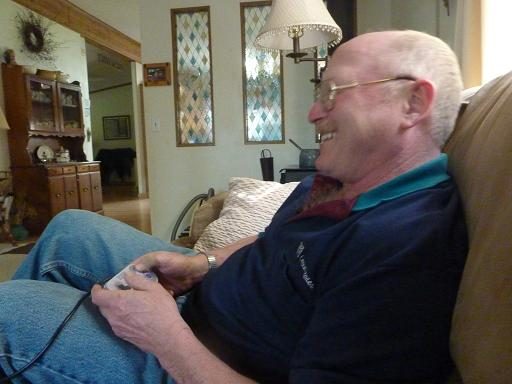 When I wasn’t partaking in solo, loner-esque heroic acts like those of slaying Grand Dragons in Final Fantasy IX or blasting brains in Resident Evil, I would spend my gaming time with my dad. Bless his heart, he was pretty awful at everything but he still enjoyed gaming with his nerdy little daughter.

In fact, he still enjoys gaming with his nerdy little daughter and still is pretty awful. If you want some hilarious, crude proof, here’s a video of him struggling through Super Mario World just last week.

While I have short, frequent visits with my parents weekly, I’d really been meaning to get my butt over to their house to spend some time with good ol’ pops – specifically, I’d been wanting to haul over the SNES and a nice array of games we hadn’t played in years. It just sounded like a really fun thing to do, especially since we do most of our father/daughter bonding during the late spring/fall (fishing /hunting) aaaand its been a while since THOSE seasons have been a thing, so we were overdue for some chillin’.

I finally bit the bullet last Tuesday and cancelled all of my after-work plans, grabbed the SNES, two controllers, five cartridges and drove over to the house in which parental units reside. I brought Super Mario World, Virtual Bart, Kirby’s Super Star, Donkey Kong Country and Goof Troop — BEFORE YOU SAY ANYTHING, just KNOW that Goof Troop is the shit – and I let my dad choose the first game.

Again, if you haven’t seen the “Angry Videogame Dad” video above, watch it — that’s what I went through for the first few hours. I don’t know how I didn’t die of laughter-intoxication or something. 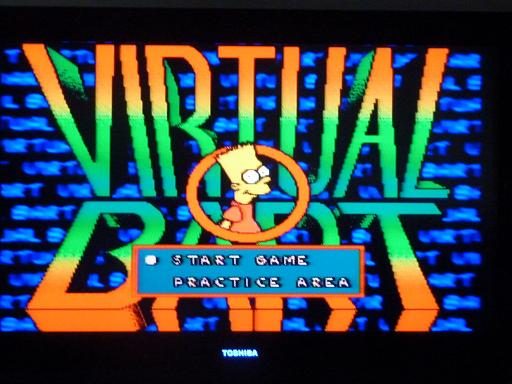 We finally grew tired of stomping Goombas and whatnot and threw in Virtual Bart. Now, if it weren’t for the fond memories I built with my dad over this game, I probably would never pick it up again. It controls like shit and is one of the dumbest games ever, but holy hell we had SO much fun with it; particularly the tomato toss mini-game. 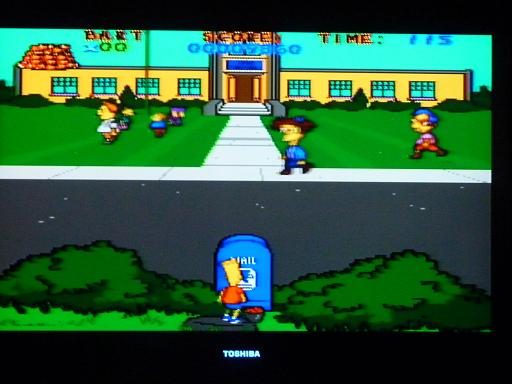 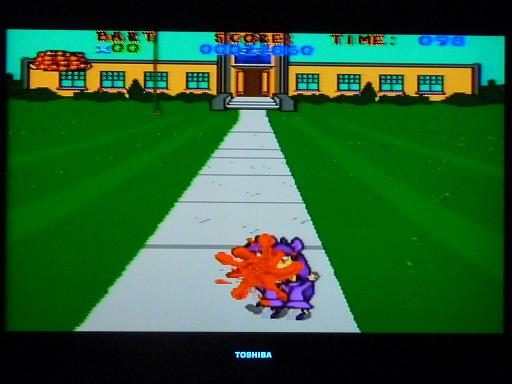 Before we knew it several hours had passed and I had to head home — but we had only touched two games! In any case, I’m really happy I made time to do that with my dad. It felt like I was eight-years-old again, y’know, the way I was kicking his ass at everything. ;) But seriously, I definitely want to do more of these retro game nights with him. BEST FATHER AND DAUGHTER BONDING TIME EVER.