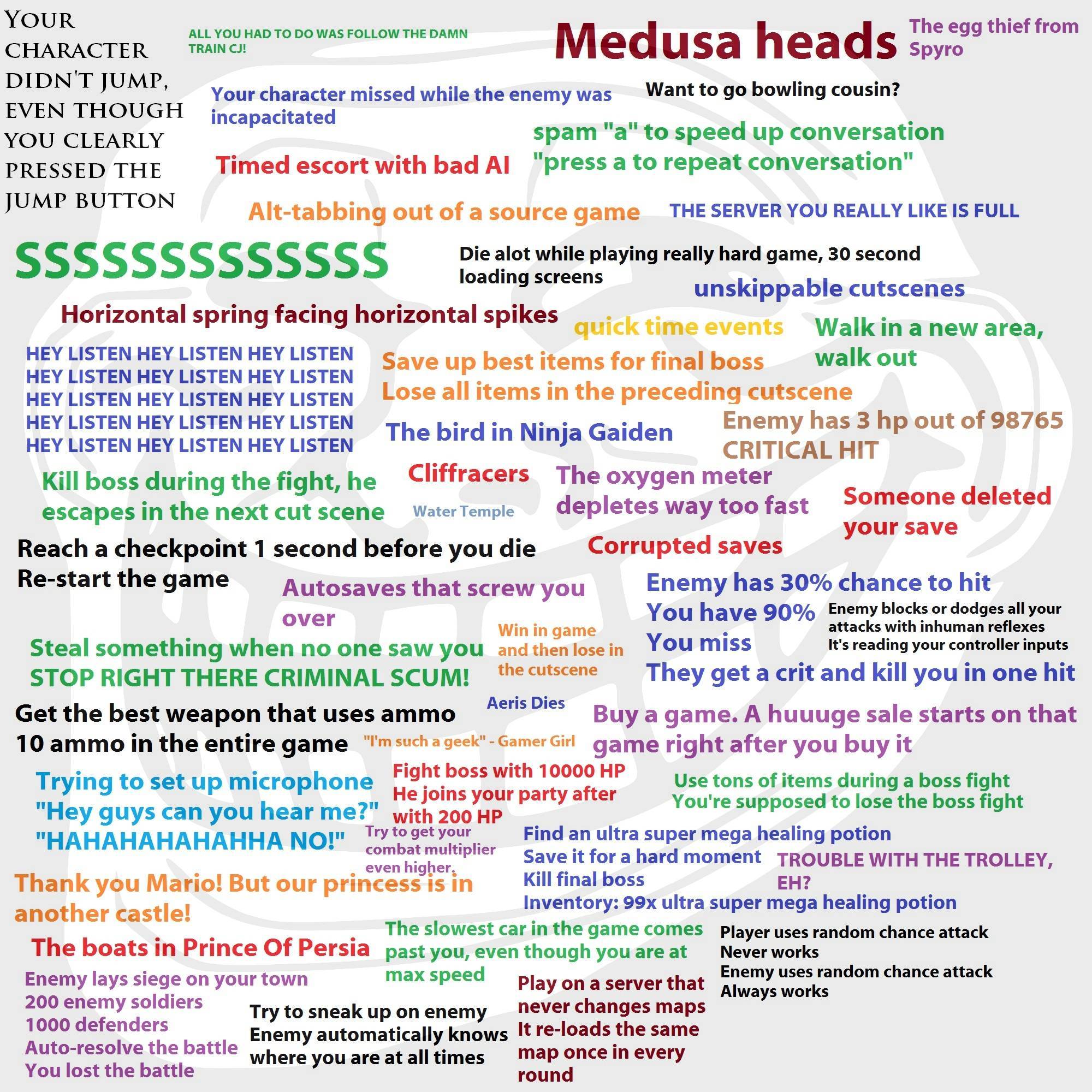 Make sure you click on the photo for some full-screen goodness ;D

God, I love reddit. I don’t know where they find this shit, but it’s golden.

I’d have to say my biggest pet peeve in videogames is the “Use tons of items during a boss fight — you’re supposed to lose the boss fight” bullcrap. There’s a battle in Breath of Fire III I spent, oh, probably 45 minutes on, not to mention it depleted all of my items, my MP and my sanity. I eventually kicked the bucket, but instead of permitting the game enough time to allow the appropriate cut scene to ensue that would have alerted me to the purposefulness of my death, I RESTARTED the PlayStation and tried to defeat the boss again.

I did that twice more.

Upon discovering I was actually supposed to die, I was flabbergasted. You can only imagine the bold, terrible words that came out of my ten-year-old mouth.