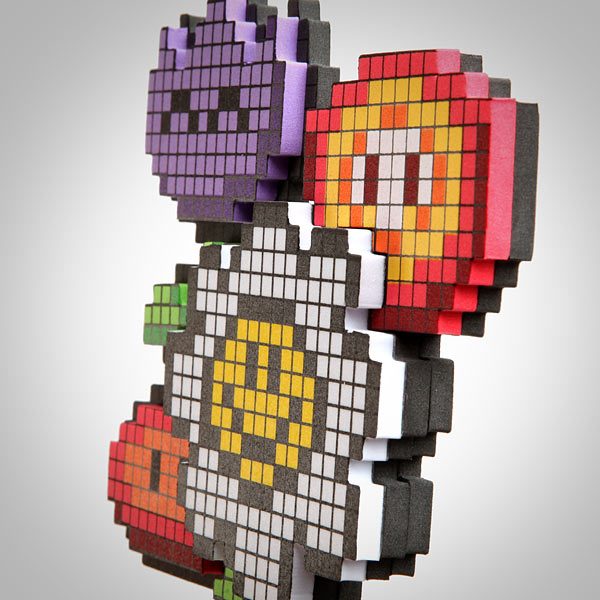 For some reason or another I was waiting to hop on four-story elevator ride out of the Pacific Place Mall in Seattle when I glanced about, oh, fifty feet to my left and saw a guy standing over yonder with a bouquet of fresh flowers. “That’s cute.” I thought. Seeing as he was facing the line of elevators, I imagined he was waiting for someone to emerge out of one of them. But then something else caught my eye.

There was a box in his other hand. And it was neon-green. And transparent.

Of course my curiosity was piqued and I obnoxiously cranked my neck to and fro to try and get a peek at just what this guy was holding. Was it really an Xbox 360 video game? Or was it one of those boner-kill neon-green children’s DVDs that often plague me at garage sales? Well, while I was busy studying this poor dude he was anxiously shuffling his feet from side to side, checking his watch, adjusting his glasses, and just about anything else you’d find under the definition of “nervous tick.”  One time, as he shifted his body weight, I caught a solid glance of the cover of the mysterious, green box.

It was The Elder Scrolls IV: Oblivion.

This guy was holding a beautiful bouquet of flowers, a brand new copy of Oblivion and was waiting for someone special to waltz out of one of those elevators. HNNNGH. Right in the feels, man! Right. In. The Feels.

It took EVERYTHING (and I mean everything) in my power not to speed-walk over to him and turn myself into blubbering fool while telling him how COOL he was for holding flowers and a video game, or how lucky that girl or guy is, or hell, if the dude was in trouble I wanted to tell him he had a sure-fire plan of redeeming himself. And I almost did all of the aforementioned things, but then realized if whoever homeboy is waiting for strolls out of the elevator and this strange chick with tri-colored hair is gushing over him it might ruin the moment. So I refrained. About that time my elevator dinged, and I boarded, but not before desperately attempting to make eye contact. Unfortunately I don’t think he saw me, but I wanted to at least nod my head or give him the thumbs-up or SOMETHING. The elevator doors shut, and with them the possibility of ever knowing what happened.

Two days later I’m still finding myself running possible scenarios through my head. Was he meeting someone for a first date?  Why the flowers? Was he in trouble? Was there a special, specific reason Oblivion was the game he was holding? Like, I don’t know why I’m obsessing over this. For some reason it warmed my heart and I can only hope the events that transpired after were in his favor.

ARE YOU OUT THERE, AWESOME DUDE THAT WAS HOLDING FLOWERS AND OBLIVION?! I JUST NEED ANSWERS.