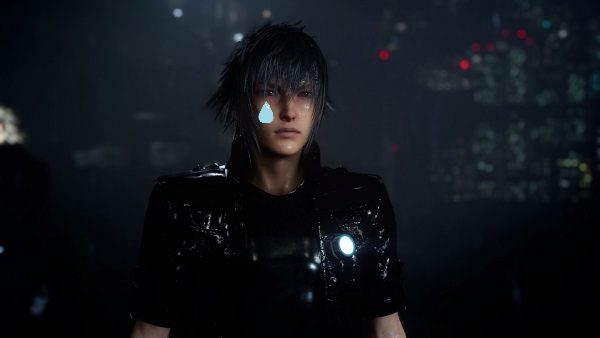 Ah, yes – nothing like waking up to the news that one of your most anticipated games has been delayed. Once again it’s for the usual reasons.

Taken directly from a press release received at midnight:

“From the moment we joined this project, our vision was to create a level of freedom and realism previously unseen in the series. Regrettably, we need a little bit more time to deliver on this vision and are confident that this new release date will help us achieve this,” said Hajime Tabata the game director. “As the director and lead of this project, I wish to personally apologize for the additional wait. As a team, we want FINAL FANTASY XV to achieve a level of perfection that our fans deserve. We kindly ask for your understanding.”

I just need a moment.

…Aaaaaaand I’m over it. Delays suck, sure, but generally they’re for the best. That’s a mantra us gamer-folk need to learn and live by, because let’s face it, they happen a LOT in our industry. So yes, as of right now, Final Fantasy XV will release on November 29th, 2016.

ANYWAY! In related Final Fantasy XV news, I’ll be reviewing Kingsglaive: Final Fantasy XV sometime this week – y’know, the CG film “prequel” of sorts that sets the tone for Final Fantasy XV – which releases in select theaters this Friday, August 19th. If you’re in the Seattle area, and are interested in seeing this film, pay attention to mah humble lil’ website – I’m working with Sony Pictures to give away 10 pairs of tickets, so, like, 20 total. YAYMATH

As soon as I get final confirmation I’ll get the contest up and running! It’ll have a quick turnaround, so yeah, keep your eyeballs open or peeled or whatever.