To all of you men with spawnlets – I hope you had an awesome Father’s Day! I feel like a lot of my dude friends had their wives squirt out mini replicas of them recently, and I tried my hardest to remember all of you. But if I forgot you, please feel free to send Dragon Age 2’s Alistair to haunt my dreams. (WHAT? It would be a nightmare! Unless I could find a paper bag, that is.)

Anywho, I spent almost all day yesterday with dear ol’ dad – and this is how you know I’m his daughter — his idea of father-daughter bonding was to sit our asses down and play some nostalgic videogames.

I love him so hard.

With me I brought THE arsenal, a.k.a. our favorite games: Super Mario All-Stars, Super Mario World, Virtual Bart, Minnie and Mickey’s Great Circus Mystery, Yoshi’s Island, Bomberman, Bomberman 2, Donkey Kong Country 1, 2 & 3, Kirby Super Star and Goof Troop. Since we had recently played Goof Troop and left it unfinished we decided that would be the first game we’d play. After all, defeating a classic SNES title from my childhood only solidifies the bond I have with my father. Or something. [Insert mushy phrase here.]

This room looks simple enough, but the holes in the floor shift position every two seconds or so and if you’re not careful you will die MANY times and your blood pressure will rise so hard. Now, not to toot my own horn or anything like that but I could easily blast through Goof Troop. However this would leave my dad in the dust, so during puzzles like these I stand back and give him the reins.

Have you seen Angry Videogame Dad? Yeah. If you thought that was intense you should have seen him attempting to traverse to either one of the other rooms. It was adorably scary. 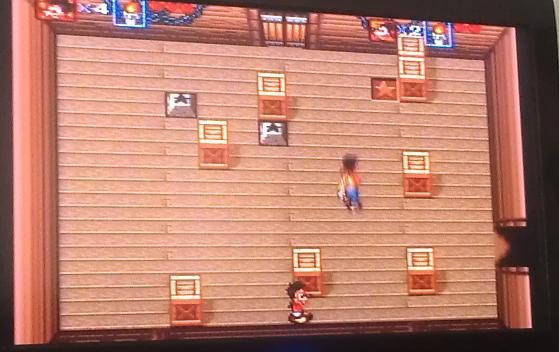 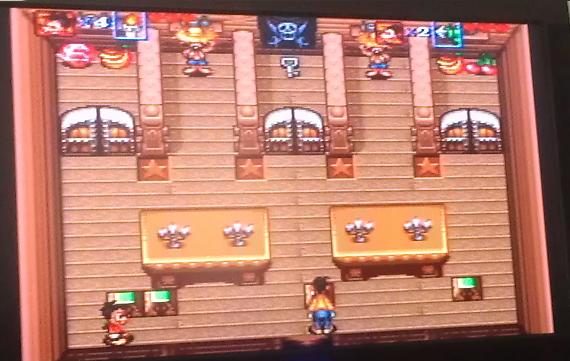 These are your standard run-o’-the-mill puzzles throughout Goof Troop. See the blocks? Your goal is to get them onto the star platform(s). Most of the time they’re not terribly difficult to figure out (maybe that’s because my subconscious remembers these from way back in the day) but, again, it’s more about working with my dad. And I gotta give the man props – for being an old, rustic fart he sure knows his way around a puzzle.

We finally made it to the end boss, and while my old man lasted about 12 seconds into the battle I was able to prevail and defeat Keelhaul Pete. Uh, spoilers and such I suppose.

Next up was Donkey Kong Country 3. 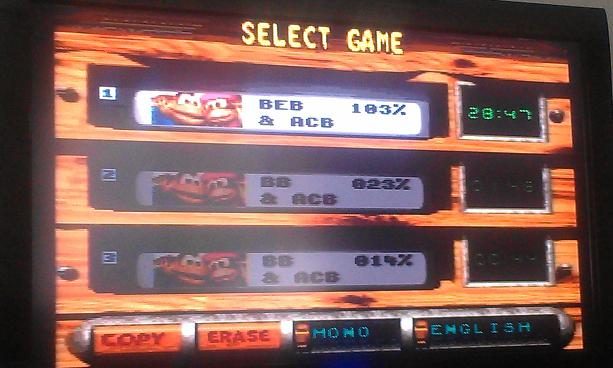 How freakin’ cool is it that all of our old save data is still on the cartridge? Seriously, that first save has to be from 1996 or 1997. As to how we achieved 103%…I have no freakin’ clue. Either way, we deleted the bottom save and started a brand new game. Unfortunately we only had enough time to play through the first area, but we were both able to reunite with one of our favorite bosses: 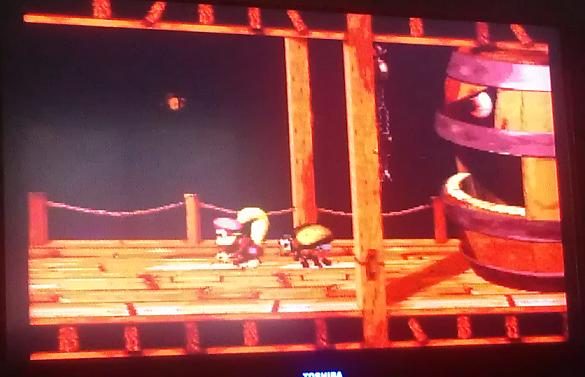 I LOVE THIS BOSS. I love the way he hobbles around, spits out bugs and then quivers his teeth right before he burps, which ultimately sends him to his demise. I mean, that’s kind of unfortunate because I would love to have him in my family. I could be like, “HEY, Mr. Barrel. Why don’t you roll?” (GET IT GET IT GET IT GET IT?!!!!)

That was our Father’s Day in a nutshell! I had SO much fun hanging out with my dad…I only wish I had more time and was able to have more chill, videogame nights like that.

I hope yours was just as radsicle!