Named Altar of Malice, this EverQuest II expansion offers a plethora of new shinies. Let’s take a look at what’s to come in EverQuest II’s future, shall we? 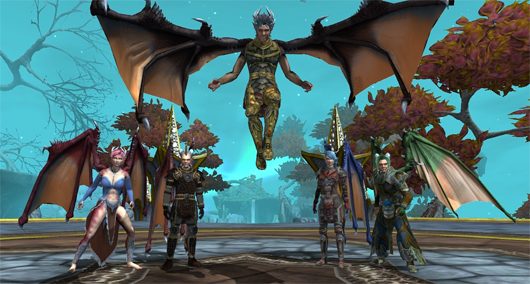 Think of the Aerakyn as winged humanoid dragon hybrids. That’s basically what they look like, right? But they’re gorgeous creatures, and if this is a race you want to dink around with yourself, be prepared to be blown away. You can customize The Aerakyn’s hair color, scale pattern, wings, horns…but the most exciting part is once you reach level 85 with your Aerakyn, you can use those God-given wings and fly, baby, fly

Please note, though, that the Aerakyn race will also be available for purchase separate from the expansion later this year.

No exact release date has been set, but it’s safe to expect nothing until at least winter.