Escape Dead Island is a thing, and it’s a thing I’m excited for because one can never have too much Dead Island in their life. (Especially after that fucking rad Dead Island 2 announcement trailer.)

Via the official description on GameStop:

Escape Dead Island is a third-person mystery-action-adventure game set on the enigmatic island of Narapela during the zombie outbreak of Dead Island. Escape explores the origins of the virus through the eyes of would-be documentarian Cliff Calo, who will switch between fighting and stealth in a shifting world that’s never what it seems, brought to life with edgy, vibrant comic visuals. 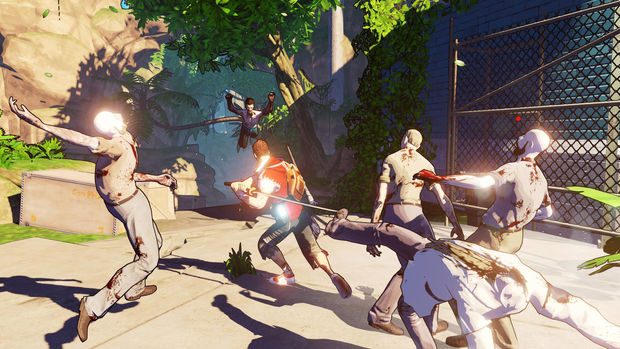 Y’know, cel-shaded graphics are really growing on me. I’d still rather not have them in titles like Dragon Age, Mass Effect or games with a serious undertone, but for games that clearly are going to be a bit humorous like Escape From Dead Island I think I prefer ’em. LOOK MA, LOOK HOW FAR I’VE COME.