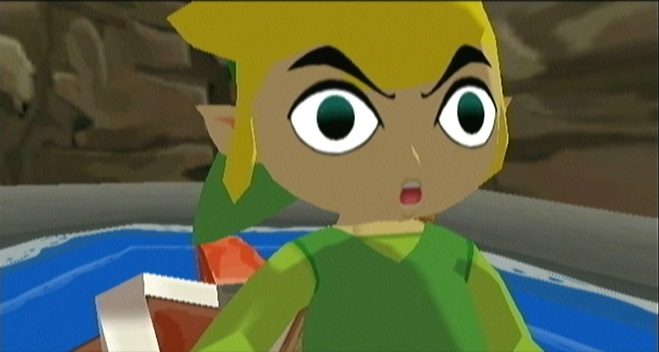 Nintendo’s Eiji Aonuma talked about ‘dat Legend of Zelda franchise back during E3, but I just caught wind of the interview today. And dammit, this is my blog so I can talk about things that happened over a month ago and not get in trouble for it. ::makes mental note to put self in timeout later::

But for serious, if you’ve been following The Legend of Zelda Wii U Whatever It Will Be Called as I have, you know there’s really not a lot of information out there. In fact, there’s close to zero. We know little about what Zelda U will entail, how it will utilize the Wii U Gamepad, when it’s coming out, if it’ll feature rager unicorns, etc. But the one thing we have heard about a few times are the vague desires to implement some changes  to the franchise. Or something scary along those lines. Anyway, below is a quote stemming from Aonuma, and in short, he’s becoming a bit tired of the Zelda formula.

“It’s not that anyone is telling me we have to change the formula. I want to change it. I’m kind of getting tired of it. If I’m getting tired of it, then I’m sure other people are getting tired of it. There is an essential ‘Zelda’ I feel we need to stay true to. We are still testing things, exploring our options. We haven’t landed anywhere at this point. We’re still seeing what we can do.” [AKA DON’T EXPECT THE TITLE ANYTIME SOON. WAAAAAAHHHH. – Me]

Like I said above, this isn’t the first time we’ve heard about a change coming to the Zelda franchise. But because it’s being reiterated I think Nintendo has the serious feels about this one. I’m all about improving shit — when it’s due, that is — and I’ll remain cautiously optimistic. The truth is, however, I’m not growing tired of the formula. Sure, I think some mechanics can be improved (GET RID OF THE STAMINA METER!) but the formula? That’s what I love about the Zelda franchise. I love picking up a controller and knowing what I’m getting myself into. It brings me back to my days as a wee lass, and honestly, it’s comforting.

I’ve been saying this since Majora’s Mask, but I’d LOVE to see a super dark, gritty, HD Zelda game. Think Twilight Princess but twice as dark — wouldn’t that be exciting?! We’ve had our fair share of quirky, perky Legend of Zelda games. Let’s make one for the big boys and girls. After all, we’re all grown-ups now anyway. ;)

I asked several of you what change you’d like to see in the next Zelda game:

@Britt5091 Voice acting, new playable character. The worlds are amazing but the Link saving Zelda formula is played out.

@Britt5091 hyper-realistic (hyper?) graphics on Wii U also a little blood and gore

@Britt5091 Make it more mature. Let's see what the franchise can be like when Link's balls are to the wall!

@Britt5091 Make the titular character the main character, at least for one game and make her capable, or just have a gender reversal.

What about you? What changes would you like to see come to the Zelda franchise?