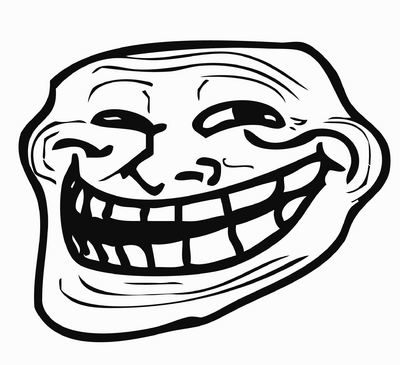 Using the word “epic” to describe the launch at my local GameStop last night would be an EXTREME exaggeration, but who doesn’t like a little trolling first thing in the morning?

I showed up to GameStop around 10:30 and paid off my pre-order for the standard 360 edition game and the collector’s edition guide. Even though I was on the list to receive any extra CE versions of the actual game, GameStop hadn’t received enough to give me one (58 out of the 64 people who had pre-ordered a CE got one,  buut I was, like, number 61). However, they did say sometimes people return them, or extras come in, so they will still holla’ at this chick if a sexy N7 version becomes avaialable.

Probability of that actually happening? 12%.

Anyway, here are a few pics of the epic festivities. 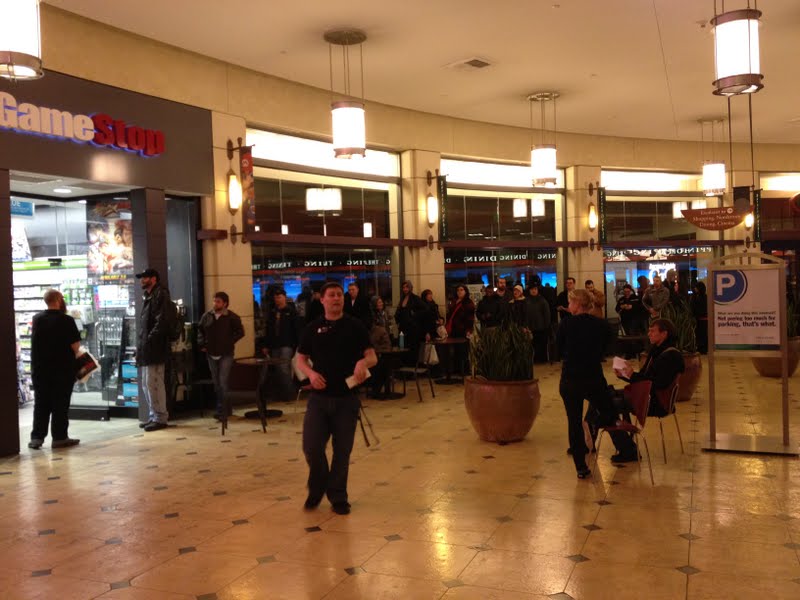 Around 11:45 people started lining up. Apparently GameStop employees had prizes to give away, but my buddies and I were too busy consuming food to make it in time for those shenanigans. OH WELL. The dude in the middle gave me a bunch of nifty Halo 4 stickers…. 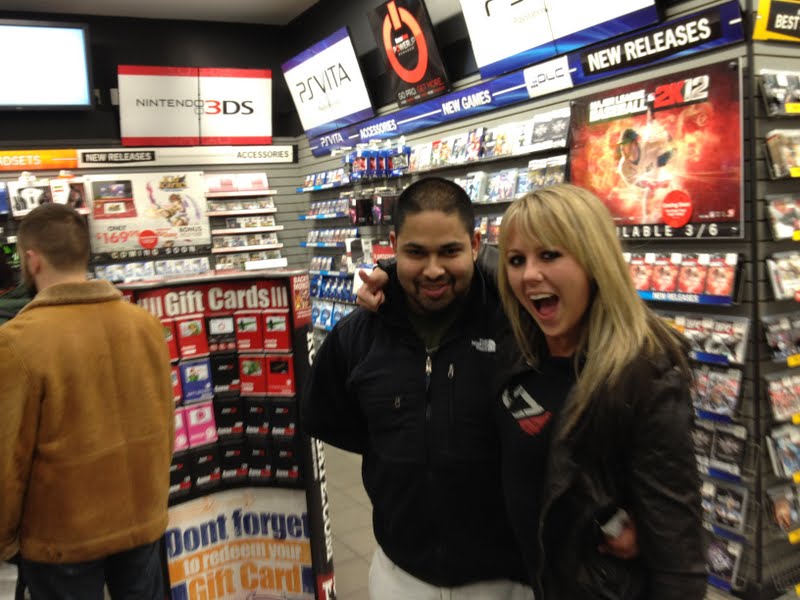 YEAH! My braseph Kevin and I patiently waiting. And by patiently I mean not patiently. Also, I was totally reppin’ with my N7 hoodie–but I wasn’t the only one! I was SO surprised with the amount of ME gear being worn by fellow nerds. It was awesome. <3.

Did you go to a midnight launch of ME3?!