::proceeds to do a happy dance that could be mistaken for the act of a rabid cat fighting over the last bag of catnip::

Due to a family getaway I missed most of the weekend news that stemmed from The Game Awards and the PlayStation Experience event. I’m still getting caught up (you should see the amount of tabs I have open) but um I had to take a moment to stop everything I was doing so that I can talk about the-oh-so-tantalizing Legend of Zelda footage that was shown off on Friday. UMFFFF.

I’m likely going to ramble, so I apologize in advice for my ramblings. It’s just what I do when it comes to Zelda. 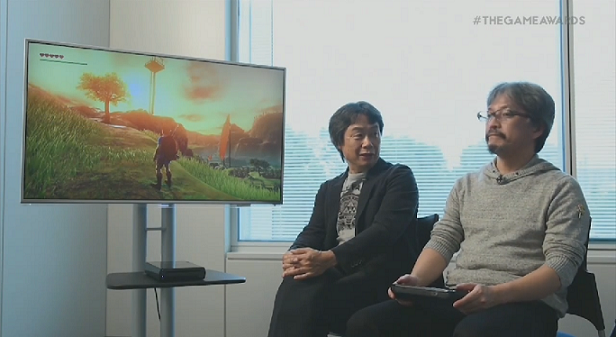 Call me what you will, but I’m judgmental when it comes to the art style in Zelda titles. Admittedly, however, my judgment proved me wrong when I assumed Wind Waker wasn’t going to provide an engaging and exciting experience *just* because the graphics were cel-shaded and cartoonish. (Cut me some slack — I was 15 and silly.) But I’ve always wanted a Zelda title with dark and depressing tones (akin to Twilight Princess) and hey, cel-shaded cartoon-y art coming out of Nintendo generally means lighter, more casual feels. When new Zelda footage starts to emerge I’m always hoping to see something a bit darker and a bit more…twisted.

Based off of this footage I think it could go either way. Sure, the colors are bright and the sky is fuckin’ blue as blue can get, but the art style seems to lean more on the mature side. Fingers crossed! 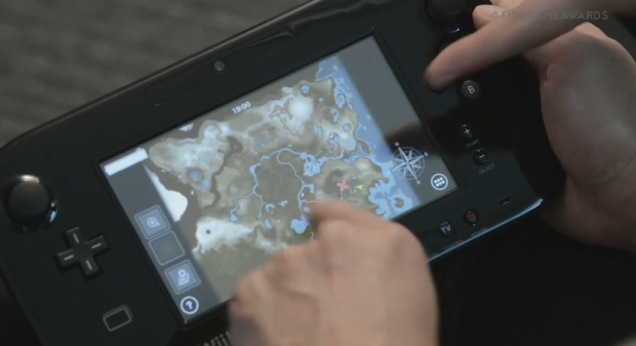 I have a hunch this world is going to be pretty large, at least compared to what we’ve seen in other Zelda titles. According to Aonuma it would take about 5 minutes to close the gap between the green arrow (Link) and the red X (destination). I mean, that’s a pretty freakin’ short distance, and for that to take five minutes? IT COULD BE A BIG ONE JIMBOB. If that turns out to be the case, I’ll be thrilled — I just hope it’s filled with an ample amount of stuff to find and explore. Y’know, secret caves, puzzles, items, heart pieces, etc. ::holds up a sign that says “SAY NO TO EMPTY FILLER SPACE”::

Since this Zelda title won’t be linear and story-driven like we’ve become accustomed to over the years I don’t think we’ll have anything to worry about. When you create a non-linear title I think it’s, erm, common sense to ensure players aren’t roaming aimlessly for hours on end whilst trying to figure out what to do next. I BELIEVE IN YOU, NINTENDO. 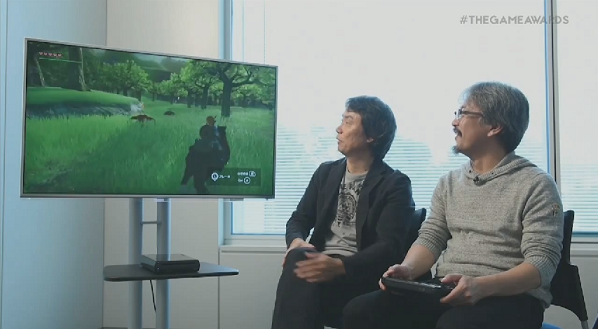 Eh-Pone-ah? Man, have I been butchering her poor name since 1998? I’ve been pronouncing “Epona” like Eee-Pone-Ah. In any case, I’m glad to see the ol’ girl is back. I missed her in Skyward Sword. </3 It’s good to know she’ll have some intelligence of her own and won’t run into trees. After all, “real horses don’t run into trees very often.” HAHA <333 (How long until that’s on a shirt?)

ALSOOOO I’m stoked for the slow-mo jumping off awesomeness.I may be wrong, but during the vault it looked like Aonuma was tilting the Gamepad in order to get a better camera angle. I’d rather do away with motion controls entirely, but I can definitely overlook the little things like that. It’s freakin’ Zelda, after all.

SO. Yeah. SO SO SO YEAH. Ahhh. I’m stoked. I can’t wait to see more at E3, which is, what, six months away? Holy. SHIT.  These moments leading up to Zelda shenanigans are always so exciting for me. It’s fun to take what (little) information that’s available and speculate the shit out of it. Nothing quite gets me going like Zelda hype. HYPEHYPEHYPEEEEE