First thing’s first: because I ultimately am a female and possess lady parts, I have to confess I broke chick-law #34980: NEVER WEAR THE SAME SHIRT TO THE SAME CONVENTION TWICE IN A ROW.

So Emerald City Comicon was stuffed to the brim with nerd-goodness. I only spent Saturday there and it definitely felt like enough – there’s only so much to see and while there is a TON to buy, one can only empty out one’s wallet so much before they go, you know, broke and are unable to pay their rent. (Which I thought was going to happen to me, but alas…) 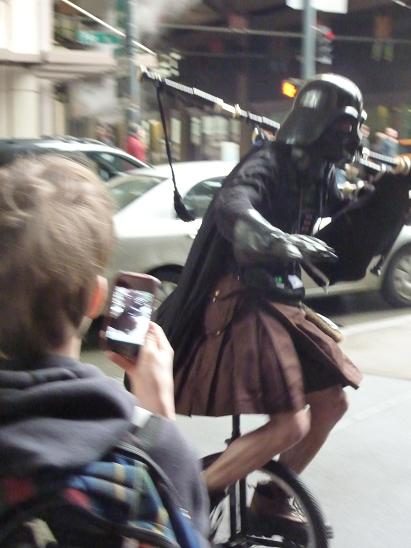 But actually GETTING into the con was a pain in the freakin’ ass. I wasn’t 100% sure I was going to attend, so I didn’t pre-order my tickets and planned on purchasing them when/if I showed up. Lo and behold, I ended up going, but UHHH as soon as I walked in I was greeted with an insane clusterfuck. 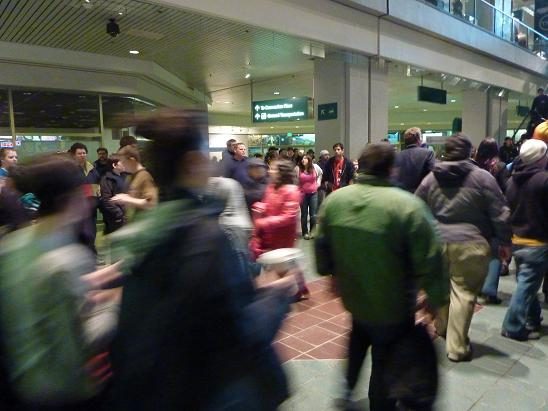 Okay, see the folks standing BEHIND the the people walking? That was a line to get in another line for tickets. It doesn’t look all that intimidating since I didn’t take an optimal photo, but that line extended from the escalators ALL The way to the entrance door. And I was in another line across from them.

I was there with a few friends, and after 20 minutes or so of no information re: when or IF we’d get our chance to purchase tickets I called a nearby comic shop and inquired about the ECCC tickets they were selling. The owner said he had a handful of three-day passes selling for $50 each. Now, the one-day Saturday ticket would only cost $30, but at that moment spending an additional $20 was totally justifiable, so we left and headed toward the shop. But on the way there we decided we really didn’t want to spend $50,  so instead we hit up the mall to talk about our next plan of action, which, an hour later, eventually led us heading back to the convention to see if we could get tickets.

The line was completely gone and we were inside within, oh, ten minutes. YAY! 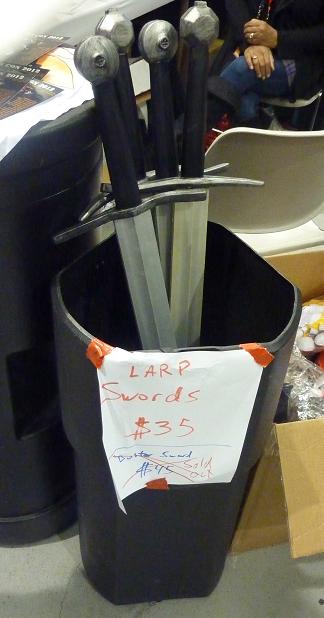 Oh hello, LARP swords. You are amazing and if you didn’t cost $35 dollars I totally would have bought one of you. I then would have proceeded to LARP all around the convention center, but because you cost a stupid amount of money I was forced to LARP right then and there. 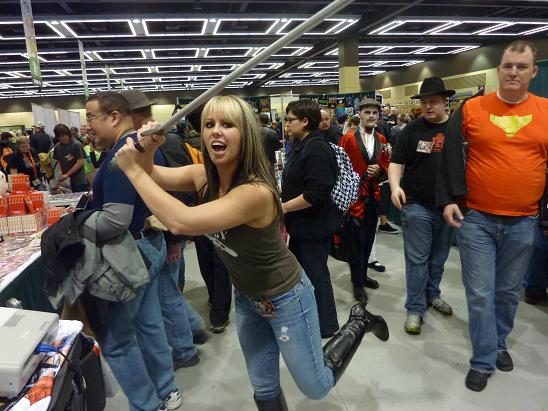 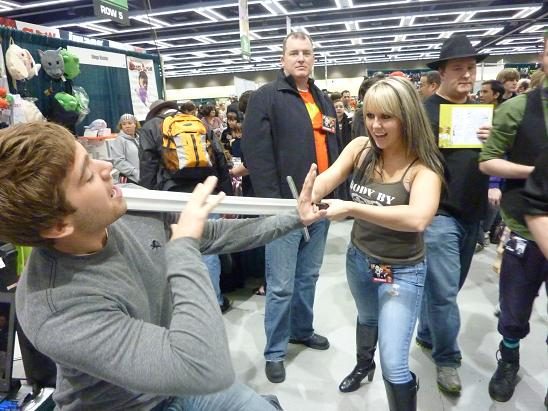 Nothin’ wrong with LARPing the beheading of someone, right?

And my oh my, the things that were there to purchase…my oh my. Like I said above, I’m incredibly proud of myself – I walked out of there with enough money to pay rent AND get gas! HOW DID I DO IT?! 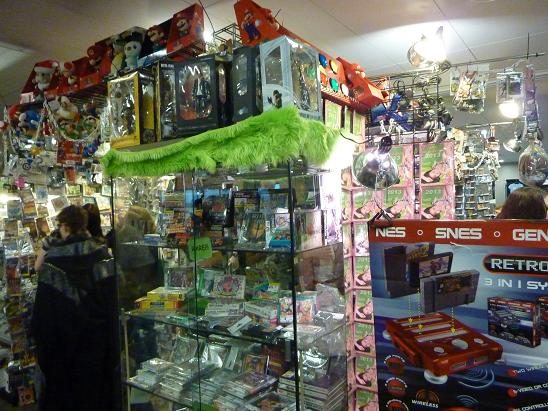 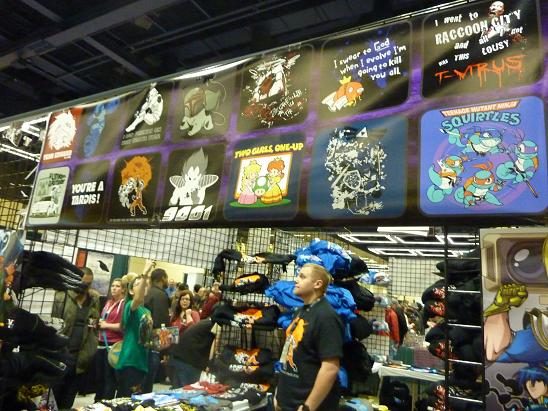 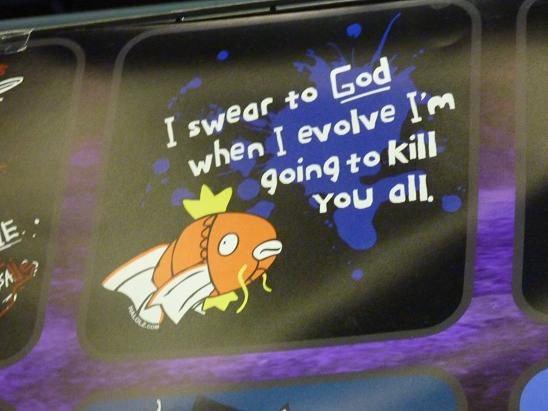 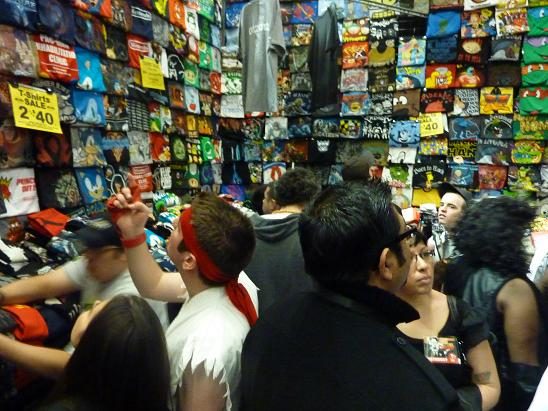 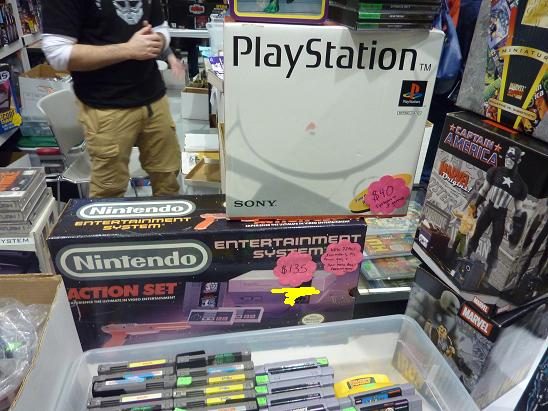 LOOK AT THE ABOVE PHOTO. LOOK AT IT. The amount of temptation I had at that very moment was staggering. You guys, I almost spent $135 on a complete NES package. Had I not already spent money on a few other things (Ultima SNES, a cactuar plushie and a Piccalo keychain) I may have done it. Truthfully, though, all I wanted was the box for my game shelf. I’m sure I can find one of those somewhere else for much cheaper 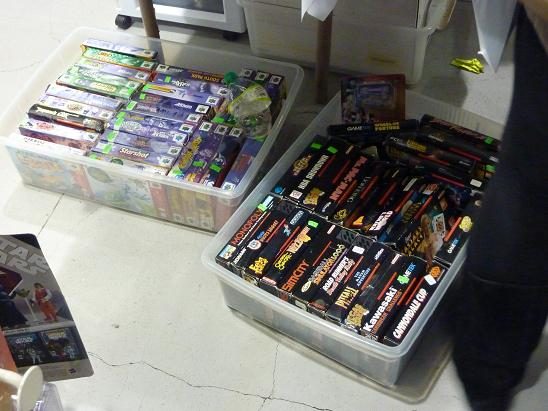 YESSS!! As soon as I see boxed videogames something in my mind triggers and it sends warm and fuzzy feelings throughout my body. There were several games I wanted to buy, but I went with Ultima! ^_ 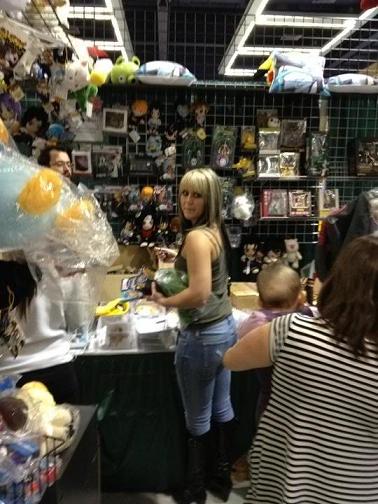 DON’T TRY TO BUST ME BUYING A CACTUAR PLUSHIE!! But I suppose I did get busted, and I did buy the Cactuar… 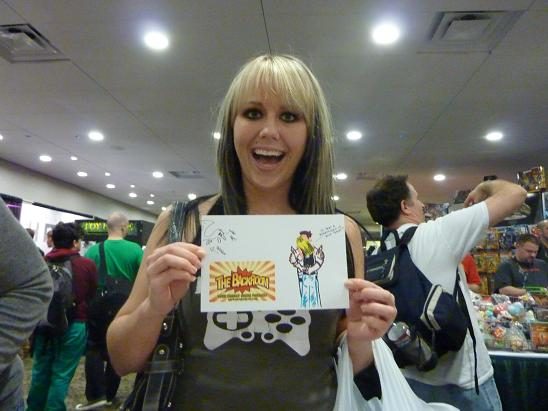 THIS IS MY FAVORITE PICTURE EVER BECAUSE DEPICTS ALISTAIR AND I IN A PASSIONATE ACT OF ROMANCE. Don’t judge me, bro! <333333

There are a few more photos floating around, but I don’t think they’ve been published yet. When they are I’ll make sure to get ’em up! (Is that what she said?) But as always, if you find yourself wondering whether or not to go to ECCC, I’d say you should at least show up for one of the days. There’s a lot of neat stuff to see (including celebrities!) and, uh, a lot of things to spend your money on. That’s always a good thing, right?