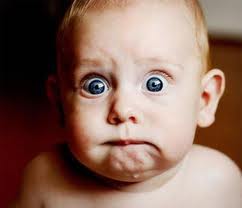 Backtracking about their statement regarding microtransactions, EA is.

Kotaku: “How do you balance the effectiveness of any microtransaction-based game design or business model with the anxiety a gamer might feel that they’re being nickel and dimed?”

Moore: “I think, ultimately, those microtransactions will be in every game, but the game itself or the access to the game will be free. Ultimately, my goal is… I measure our business in millions of people have bought our game. Maybe when I’m retired, as this industry progresses, hundreds of millions are playing the games. Zero bought it. Hundreds of millions are playing. We’re getting 5 cents, 6 cents ARPU [average revenue per user] a day out of these people. The great majority will never pay us a penny which is perfectly fine with us, but they add to the eco-system and the people who do pay money—the whales as they are affectionately referred to—to use a Las Vegas term, love it because to be number one of a game that like 55 million people playing is a big deal.”

And just last week, CFO of EA Blake Jorgensen stated, and this is quoted from Gamasutra, that “EA is now looking to incorporate in-app purchases into all its games, ‘either to get to a higher level to buy a new character, to buy a truck, a gun, whatever it might be.'”

“You’re going to see extensions off of products like Battlefield Premium which are simply not microtransactions. They are premium services, or additional add-on products or download that we’re doing… it is essentially an extension of the gameplay that allows someone to take a game that they might have played for a thousand hours, and play it for two thousand hours. We want to ensure that consumers are getting value.”

I’m not a fan of microtransactions unless they’re done correctly. For example, if that means I have the choice of working just a little harder to find ammo or the choice of coughing up an IRL dollar to have it magically and immediately placed into my inventory, then whatever. That doesn’t bother me. I think that’s a perfect example of non-intrusive microtransactions, as I don’t need to pay to find extra ammo. I just have to work a little harder to find it.

Now, if the game were so blatantly tailored for microtransactions that I had to purchase additional ammo in order to proceed I’d have a problem. If I feel like I’m being deprived of an in-game experience (“Pay two dollars to gain access to this room! It’s just like every other room, but slightly cooler!”) OR, like I said above,  if the game is blatantly tailored for microtransactions and I’m forced to pay for convenience (“Pay five dollars to receive the only weapon that will give you a fighting chance against the final boss!”), I’m not a happy Britt.

I suppose there’s a fine line between “acceptable” microtransactions and “annoying” microtransactions, and obviously every opinion is different depending on who you talk to. So, I’d like to know what you think about microtransactions. Are you all for ’em? Against them? Does it depend on what’s being offered?

Also, you should read this if you have a moment: Real Racing 3 infuriates with $500 of microtransactions.