E3 is officially over, and while I didn’t get to explore the show floor this year I still took a few kajillion pictures of random things, weird people and inanimate objects. It’s what I do best.

Below you’ll find photos of important people, men with hair all over their face (literally), random underwear, a cyclops child and a two-headed baby and much more.

See? I have you hooked now, don’t I? If not, just look at the damn pictures. 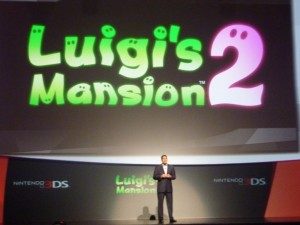 I played a few minutes of Luigi’s Mansion 2 after the Nintendo conference (there was a little kiosk area set up outside). In short, it controlled well and I felt like it was 2001 all over again <3. I can’t believe it’s been 10 years since the first released. CRAZY. 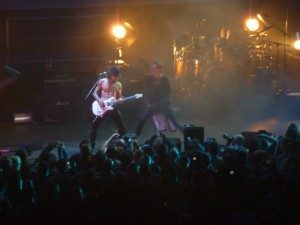 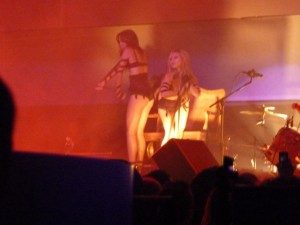 More pics from Sony’s after party with Jane’s Addiction. Here’s a guilty pleasure of mine: I watch Rock Wives, and it features Perry and his wife (the blonde). SO to me, that was exciting. Don’t judge me. 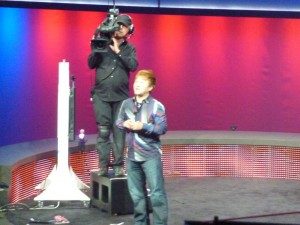 Can we just take a minute and talk about how adorable Yoshinori Ono is? Just look at him. I’ve never been a fan of Street Fighter, but it doesn’t even matter. He’s almost on par with Miyamoto on the huggable scale. 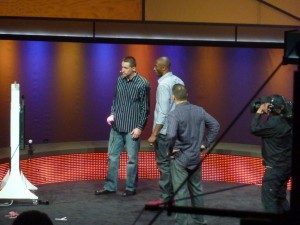 Lebron Kobe Bryant came out to demo a basketball game with Move support. Apparently this is a huge deal. In fact, I forgot it was even Kobe Bryant and began to put Lebron James until someone corrected me. To be honest, I don’t care. Moving on! 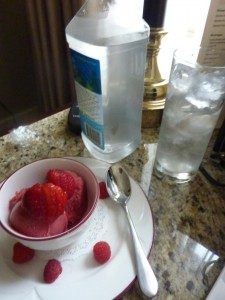 I was staying in a fancy-schmancy hotel, so I enjoyed room service while trying to watch the EA conference on Monday. For being such a spiffy hotel, the wifi sucked, therefore I couldn’t watch the live stream. So I just ate my gourmet sorbet and read a live blog. Humph. 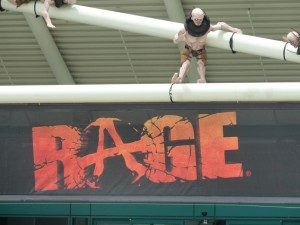 It’s always fun to see how the Los Angeles Convention Center is decked out. Bethesda (or whoever set it up) had a bunch of these dudes just hanging off of railings, beams and such. 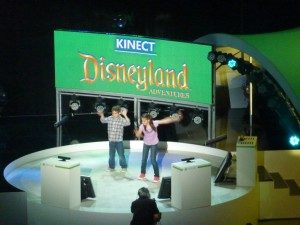 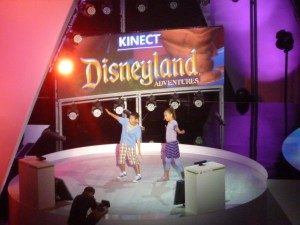 Okay. These child actors need to go. I understand the games need to be demoed, but ZOMG there HAS to be another way. 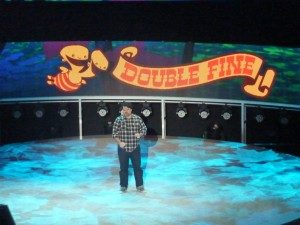 Tim Schaffer is a favorite person of mine. Simply put, I love his no-bullshit, tell you how it is attitude. 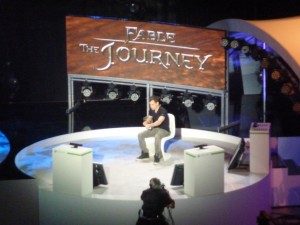 Fable: The Journey looks fun. Peter Molyneux has affirmed to the press that the Kinect title is NOT on-rails, although I don’t think he went into specifics on just how your character will move around once they are off of the horse. Anyway, the idea of casting spells and shit looks fun, and who doesn’t want to blow shit up with their hands?! 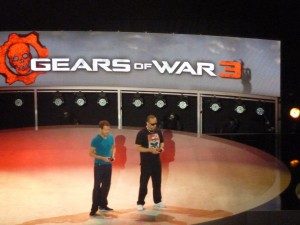 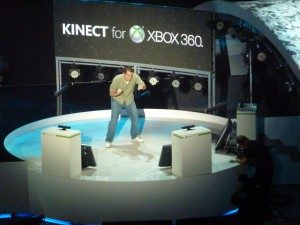 This guy was demoeing Tom Clancy’s Ghost Recon Future Soldier, with Kinect, of course. Customizing your weapon via voice commands looked cool, but actually firing your weapon (which is what is happening in this photo, notice his right hand is clenched) looked a little…off. It would be fun to try, though. 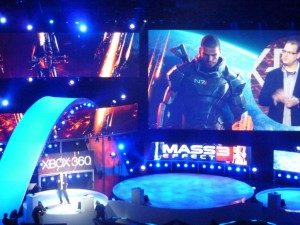 DR. RAAAAAAY!!! <3 I seriously geeked out when he took stage. For reals, I geek’d everywhere. On myself, and all over the people below me. He came out to announce Kinect compatibility with Mass Effect 3, which actually sounds pretty damn neat. <3. 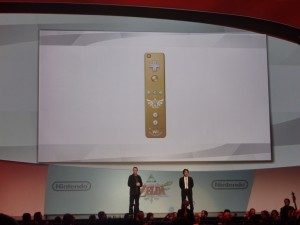 This controller. I need fifty of them. 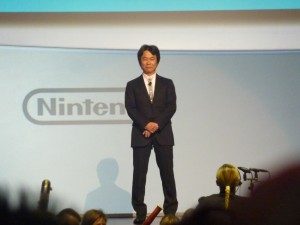 This man. I need fifty of him. I want a portable version of him to take with me wherever I go so his happiness will be with me forever. 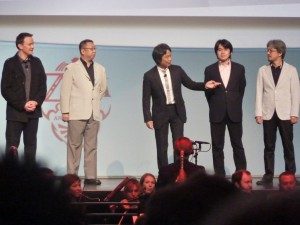 LEGENDS. All of them. Minus the guy on the left, no offense to him, but I don’t know what he does besides translate. <3.

The Sunday before, my best friend and I wandered Venice Beach. We saw many strange…things. 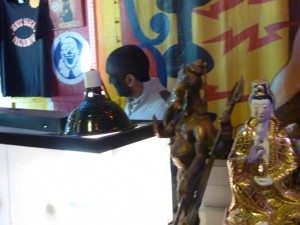 Let’s start with this guy. He had hair covering his entire face. Yes, people, that is hair. 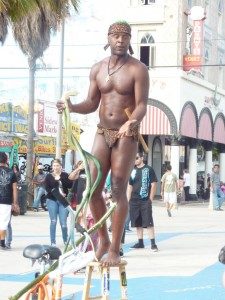 Oh, my bad, this picture shouldn’t even be here. After all there is absolutely nothing strange about a half-naked man wielding rubber snakes while standing on a stool. Nope. Nothing to see here folks. 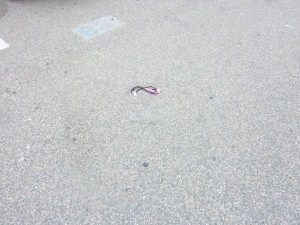 Would you like a random pair of women’s panties we found in a deserted parking lot? I told you I take pictures of inanimate objects. 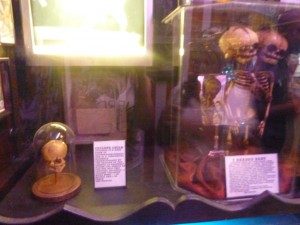 Oh yes. A two-headed baby on the right, and a “cyclops” baby skull on the left. 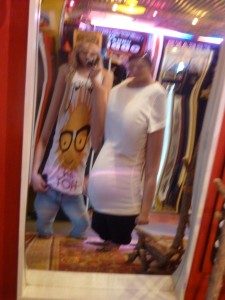 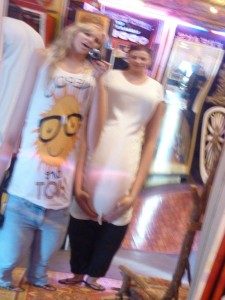 WHO DOESN’T LOVE FUN MIRRORS?!! Oh, and my friend is totally pregnant, if you can’t tell.

Again, I had so much fun attending Los Angeles and the E3 press conferences. I only hope I’ll be able to see more of you there next year!