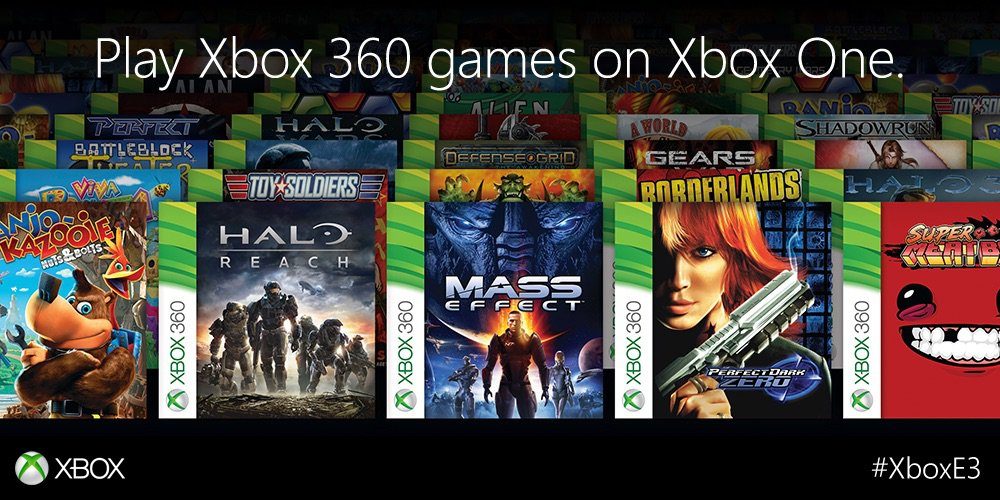 It may not work beautifully right now, but the announcement of “backwards compatibility” during Xbox’s E3 presser is much, much appreciated. (I mean, it’s totally a first-world problem to “have to” hassle with extra cords and consoles, but I’m totally a supporter of this thing called efficiency.)

First, games you’ve purchased digitally should start showing up in your game library. That’s simple. Now, when it comes to physical discs things are a bit different. Sticking just any ol’ Xbox 360 game into your Xbox One won’t do the trick. But there is a current list of 360 games that, once stuck into a One, will trigger a download. Here’s the current list:

Now, this won’t work unless you’re a member of the preview program. If you’re not a member, this feature will roll out this fall to everyone else.