I have SO many fond memories playing Yoshi’s Island on SNES with my dad. To this day I can still hear the wailing sound of baby Mario ringing through my ears. (Please make it stop.) Now, I’ve seen all of the videos and promo material for Yoshi’s Woolly World, but it wasn’t until E3 that I finally GOT why so many people are losing their shit over this game.

In all of my years (27 of them — ACK IMSOOLD) I don’t think I’ve seen such a precious, charming and “OMG I WANT TO SQUEEZE YOUR FACE”-Y game. (Srlsy. Between Woolly World and Unravel, I don’t know how my heart didn’t explode into a million mini-hearts full of unicorns and rainbows and sunshine and hot wings while at E3.)

If you’ve played Yoshi’s Island, you’ll feel right at home with Yoshi’s Woolly World. (OMG you guys, the eggs Yoshi totes around in Yoshi’s Island have been replaced by yarn balls. OMFG IT’S SO PRECIOUS.) Hell, if you’ve ever played a Mario side-scroller before, you’ll still feel right at home, with the exception of a few gameplay tweaks, of course. Just thinking about reliving some nostalgia by playing this with my dad (thank you, co-op!) makes me super duper giddy. 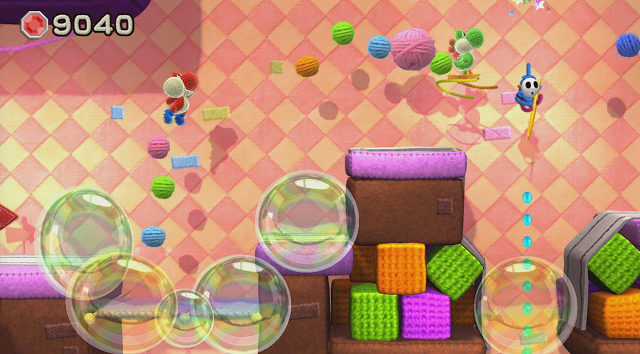 Yoshi’s Woolly World launched on June 25th for the Wii U.