Real talk, I never thought I’d ever string those words together in the title section of ANY blog I’d ever write. But hey, there it is.

Have you shit your pants yet? You have? Excellent. Be prepared to wait for this bad boy for a while, though, as the press release states production has only begun.  I don’t think any of you will mind, though. Just knowing this masterpiece is in-works will probably be enough to let most of you sleep with ease at night, amirite?

Leading the development will be key members from the original project, including producer Yoshinori Kitase, director Tetsuya Nomura and scenario writer Kazushige Nojima.”

According to the trailer, players will be able to “Play it first on PlayStation,” so there’s a good chance the remake will be coming to other platforms. 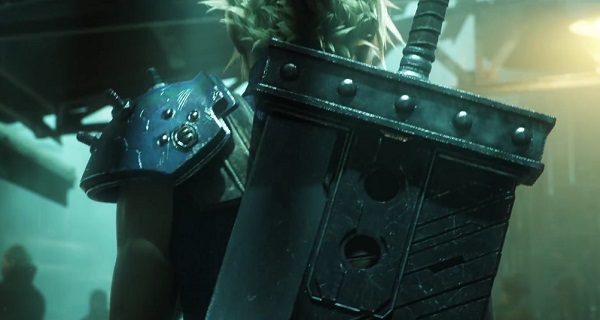 I actually haven’t completed Final Fantasy VII. That said, I’ve started it many times, but for whatever reason never stayed for the entire ride. I chalk this up to A) I already knew what was going to happen in the story because uh everyone knows what happens in FFVII or B) I have serious commitment issues, even to video games.

In any case, this is exciting shit and is really happening. Now we just need this to come out, have Square realize how AMAZING it is to have remakes of the best Final Fantasy titles and THEEEN have them make a Final Fantasy IX remake. Because, honestly, that’s what everyone wanted anyway. And by everyone I mean me and my posse of Final Fantasy IX fanboys/fangirls.