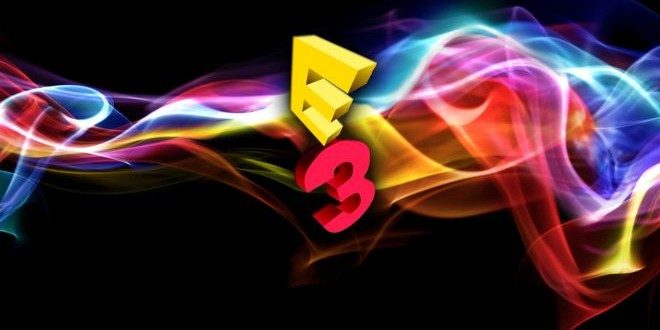 Below is an exceprt! If you’d like to check out the entire interview, head over yonder!

FanSided Tech: With this being the first year of the software on the next generation consoles taking center stage, what were your expectations and how were they met?

Britt Brombacher: I was expecting guns ‘a blazing and, like, Oprah to jump on every stage and be like, “HERE’S A NEW IP!” “HERE’S ANOTHER NEW IP!” “AND ANOTHER NEW IP!” Buuuut I quickly learned I had to tailor my excitement. I can’t say many of the new IPs that were announced got me goin’, but Scalebound and BloodBornedefinitely have my interest piqued.

More than just new IPs, though, I was hoping for some sequel-esque announcements. Rise of the Tomb Raider, the new Zelda game, andThe Master Chief Collection made me pretty happy.

FST: Having gone to E3 last year, how did this year’s conference compare to last year’s?

BB: This is a bit personal, but this year I did E3 SO much different from last year.  Last year I only made a handful of appointments and spent the rest of my time trying my luck at certain booths; this year I booked the crap out of appointments and had a packed schedule. Soooo, I saw a lot more than I did last year, which of course made it WAY better.

With that said, this year’s conference was just more exciting. Seeing footage for games that were built ground-up for XBOX One and PS4 was really cool. Going hands-on with games I’ve been anticipating for a while is always cool.

FST: What game did you experience the biggest change of opinion about in comparing it before and after E3?

BB: I’ll go into this a bit more below, but Middle-earth: Shadow of Mordor rocked my socks off. I feel like that game’s awesomeness came out of nowhere and completely blindsided me.

FST: Which company were you most impressed with and why?

BB: Monolith really impressed me with Middle-earth: Shadow of Mordor. That game wasn’t even on my radar (I blame Dragon Age: Inquisition’s same day launch), but I ended up seeing that demo twice. Of course I hadn’t scheduled appointments to seeShadow of Mordor, so I had to stand in line both times; and I hate lines, SO THAT’S SAYING SOMETHING.

That game just looks rad. I’m not a Lord of the Rings fangirl (or even much of a fan), but, wow. I was extremely impressed by their Nemesis System and how, for example, your playthrough will truly never be the same as your friend’s, their friend’s, or, if you give the game a second playthrough it will be different from your first. It looks gorgeous, Troy Baker is in it, it’s medieval – all things right up my alley.

FST: As a female in the gaming community, do you feel like E3 as an event caters towards the stereotypical gaming male?

BB: Ehhh. I mean, of course you see booth babes handing out flyers and parading around their respective booths, but to be honest it doesn’t bother me. I will say the amount of booth babes has dwindled, and the amount of clothing has gone up, so that’s a sign things might be startin’ to swing around.

Other than that, I can’t think of anything else that would blatantly lead someone to think E3 is catering to men. I was approached by staff just as often as men were, people were friendly, I wasn’t assumed to be “working” the floor (only once by a male booth babe, actually! HA!) and wasn’t faced with any discrimination.