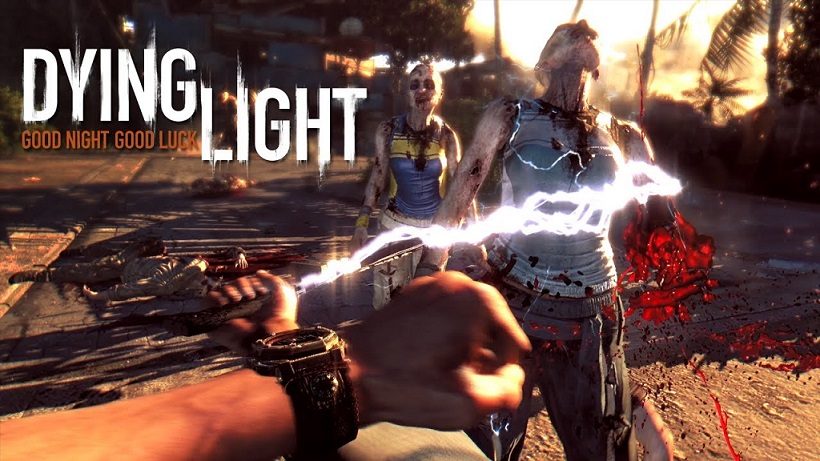 I played a bit of Dying Light at PAX last year. The demo really didn’t do anything for me. All I took away was that it had zombies and some parkouring. But it freakin’ had ZOMBIES (yes, I’m one of those people) so I had to give it another shot at E3 this year. And I’m so happy I did!

During my PAX demo, I was this balls-amazing parkouring rad badass who zipped through the air with the greatest of ease. But yesterday I was a slow, clumsy uncoordinated mess who took forever to climb walls and jump fences. That’s when my oh-so-adorable demo guide explained you start off as a “noobie” survivor. Then it clicked. So, in Dying Light you must level up your character before he can audition for the next Assassin’s Creed game. 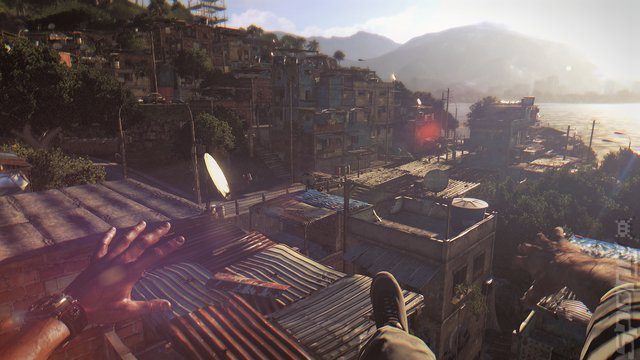 There are two main skill trees: Agility and Fighting. To increase your agility, speed and coordination you must practice those abilities. Want to be more agile? Parkour around, baby. Want to be a better fighter? Kick some zombies in DA FACE. You’ll be quicker, faster and stronger before you know it.

After familiarizing myself with the controls and whacking some zombies (and nearly dying because of it) the demo fast-forwarded to a point about halfway in the game. My once clumsy and uncoordinated Parkour-ette was now much more graceful and swift, as one has to assume by this point you’ve leveled up quite a bit.

But something that still remained a threat were the zombies. In Dying Light every zombie engagement must be a calculated decision. (This isn’t Dead Rising where you can kill hundreds within seconds with a blender or something.) And while it was SO tempting to jump down from the rooftops and engage with the shamblers below, I kept my distance. When I did engage, though, the combat felt very visceral. Whacking a zombie upside the head with a baseball bat felt extremely realistic, especially observing the way the zombie’s body reacted. It wasn’t over-dramatized at all.

It’s even more satisfying when using a badass weapon (thanks to the crafting system) like, oh, I don’t know – the  Zapper Axe. I mean, what’s better than vertically slicing a zombie down the middle, watching the left side fall but watching the right side erected (HA) and convulsing with electric pulses? NOTHING. 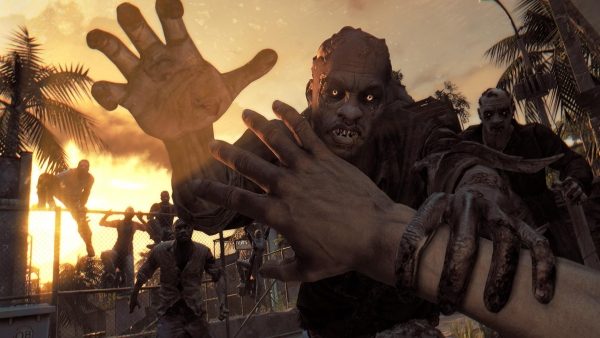 Zombies come in all shapes and sizes, and they’re freakin’ creepy as hell. There are also special zombies. Volatiles who only come out at night are a force to be reckoned with – in fact, most bandits (every zombie game has bandits) avoid emerging at night for this very reason, so that’s generally your cue to get shit done you couldn’t otherwise. Goons are strong and Virals are fast mofos that’ll seek you out if they hear sound. Think twice before shooting that gun!

We didn’t get to talk much about the story or co-op mode, but that’s okay. I’m just so happy I was able to get the “Dying Light tour” and have things explained to me – it seriously made a world of difference. The parkouring is fun, the leveling up will be addicting, weapon crafting looks AWESOME and, also, zombies.

Dying Light releases next February and I AM SO ON IT.

SEE?! This is why keeping an open mind is important, people!