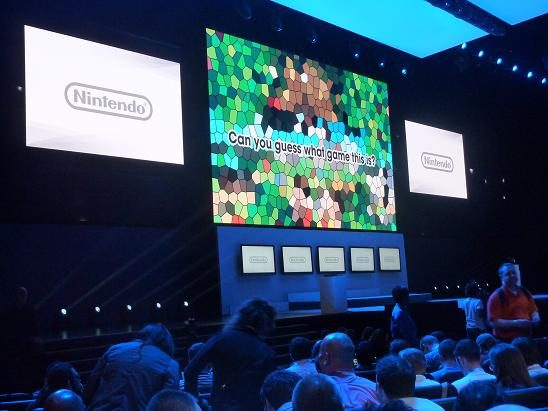 Per the norm, Nintendo gave us cutesy trivia while we waited for the conference to begin. The thing, ladies and gentlemen, about Nintendo’s trivia is that it always seems to run out of new content before the conference even begins. Seriously, this was my third Nintendo conference and EVERY time the trivia ultimately starts over from the beginning which kind of defeats the point of trivia. It’s like, OH! I know that the game in which I lose my best friend in a tornado is The Legend of Zelda: Skyward Sword BECAUSE I JUST SAW THAT SAME TRIVIA 15 MINUTES AGO!

The conference began with an adorable skit with Shigeru Miyamoto (who will be referred to as Shiggy for the remainder of this blog post) as he made his way out on stage. He was greeted so hard. I don’t think there’s a person on this planet who doesn’t love that man. He’s like a bundle of excite and happy. He spoke a few English sentences before calling out his faithful translator…via whistle. SEE HOW CUTE HE IS?! 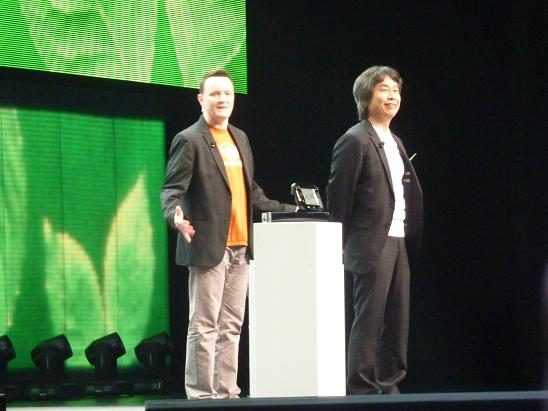 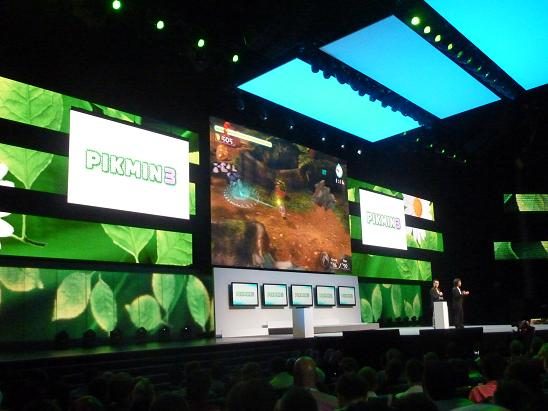 This was heavily rumored, and that is all I know…well, that’s not true — I know this game has been in development for five years and has an insane cult following. As you can probably tell, I never dabbled in Pikmin, but I understand the excite! It looked pretty — especially when the Pikmin were carrying around leaves and traversing in the water. Nice effects.

Wii U will be compatible with two GamePads 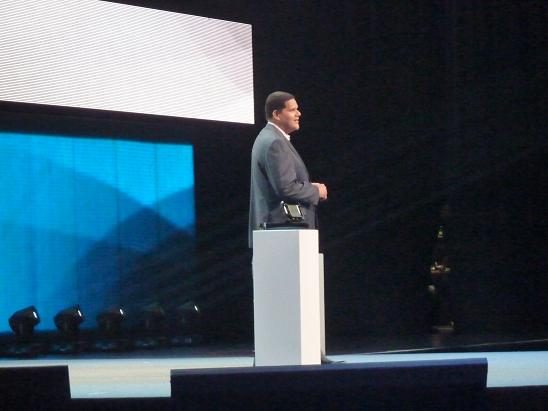 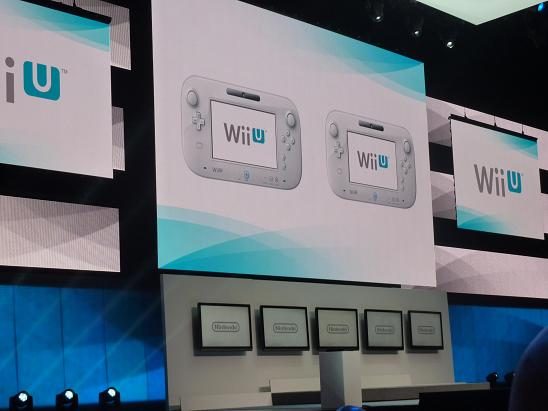 Mr. Reggie “feels on me” Fils-Aime made his car salesman-like appearance, talked about things and then announced that the Wii U will be compatible with two Wii U GamePads. Thank GOD. I just kept having this horrible mental image of someone playing with a GamePad and the other being forced to dink around with the Wiimote and Nunchuck. ::shiver:: But now that the Wii U Pro Controller is a thing that was announced last Sunday, I suppose that worry had been dashed for a few days. 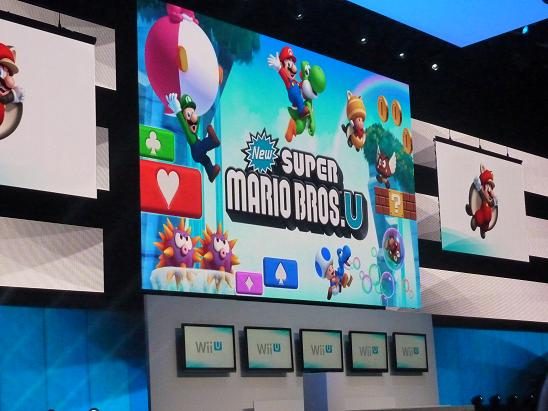 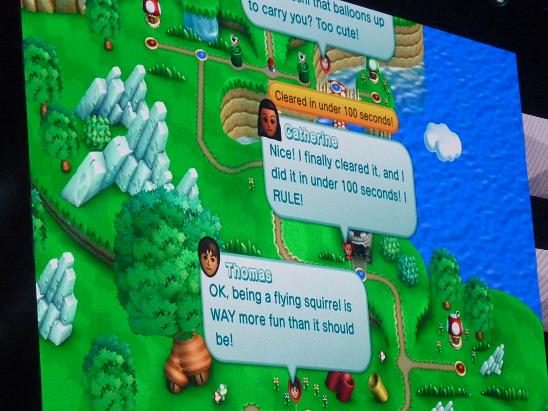 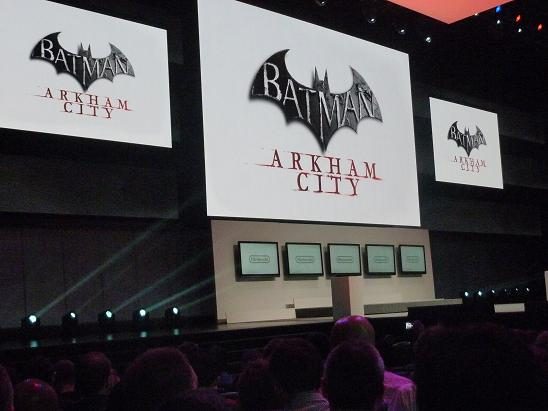 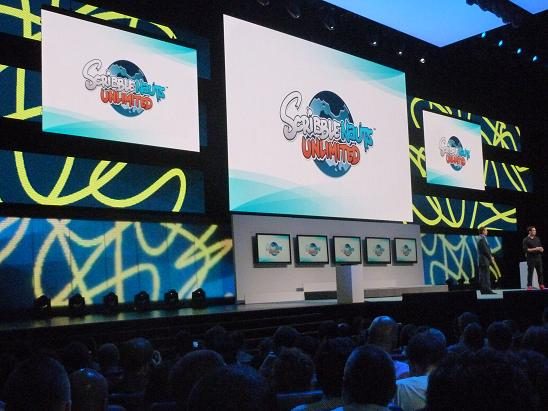 Some nice ol’ folks from Warner Brothers came on stage to talk about and show off Arkham City: Armored Edition and Scribblenauts Unlimited for the Wii U. Okay, Scribblenauts is cool — but, really, Arkham City? We’re supposed to get excited about a game that launched in October 2011? It’s almost like Nintendo is thinking, “HEY! Look! We’re catching up now too! Lookie! We’re also getting Mass Effect 3! You’ll have to wait roughly nine months later to play it on our console but LOOKIE!” And so began my Nintendo press conference gripes. 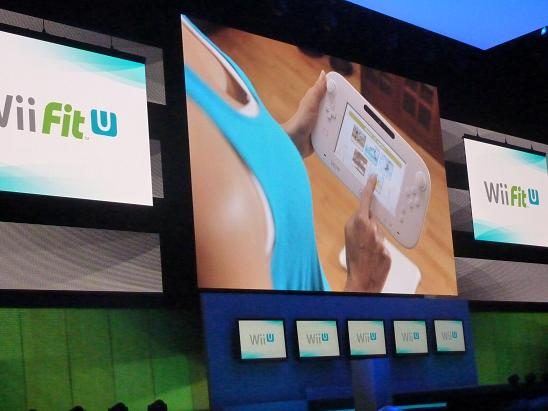 The best thing about this Wii Fit U presentation? Reggie was talking about when he debuted Wii Fit X amount of years ago. He told the audience he heard people laughing at him, but that was okay because his “body was ready”. Well played, Feels on Me, well played. And then Came Wii Fit U, and in the video preview the chick had a handy dandy calorie counter thingie she used to transfer the data from the day’s w0rkout into the Wii U GamePad where, presumably, it compiled all of the data from prior workouts with the workout she just had. 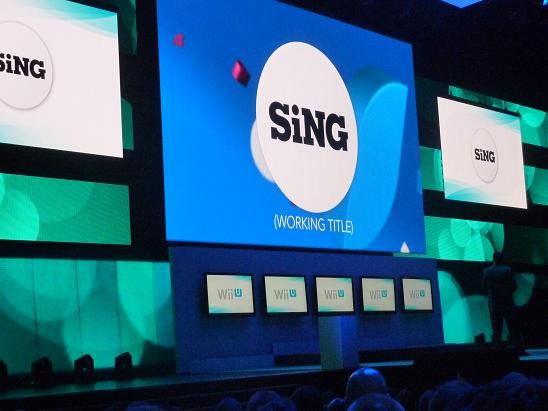 What is this I don’t even. Like, if you know a group of teenage people who hang out in basements and have mock concerts with songs like “Call Me Maybe” whilst everyone else dances and claps and sings along, let me know. 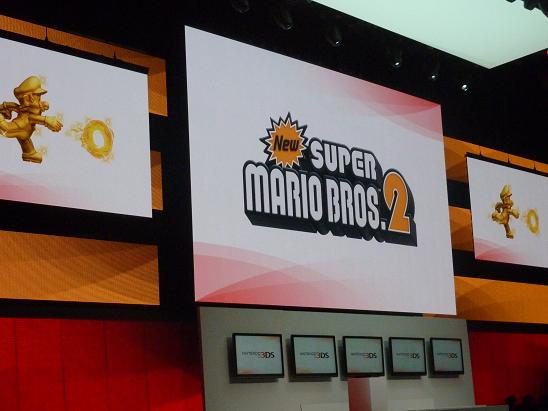 The impression I got was that this is the same as ALL of the other 3DS/Wii NSMB titles except Mario is a greedy bastard who tries to collect as many coins as possible. There you go. 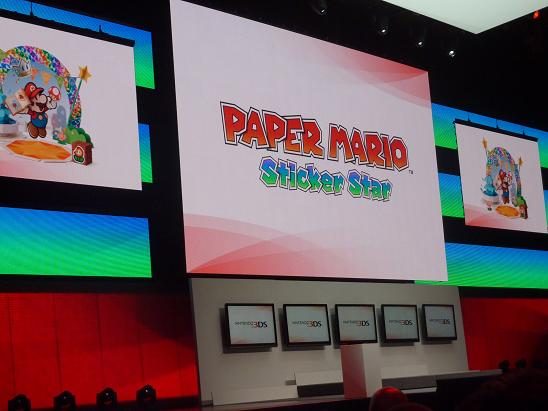 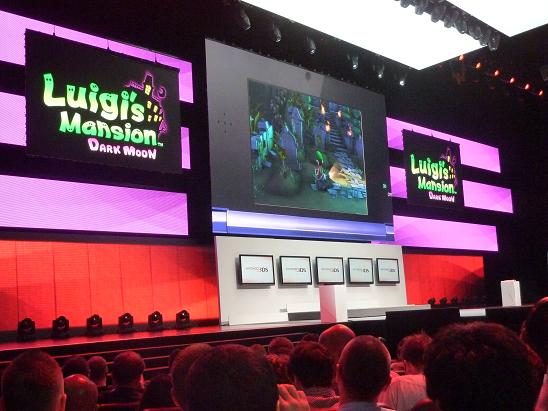 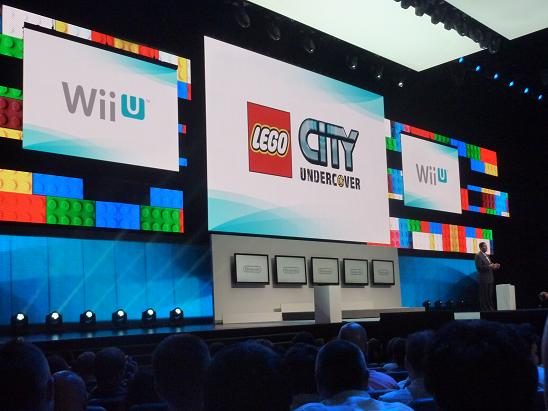 CONFESSION TIME! I, uh, want this game. I don’t know if that’s because nothing else at the conference had made my pants tingly, or if it really looked that good. When I get my Wii U (because I know I’m going to get one regardless of, like, everything) and the launch titles suck, this may be one of the first games I rent. YES, rent. Homegirl will not purchase this from the get-go. That is, assuming, this will be a launch title. HemHem. 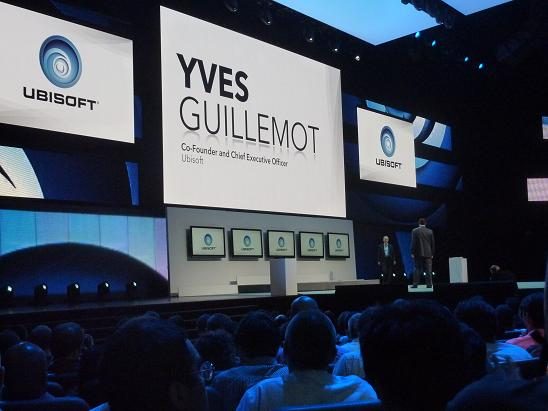 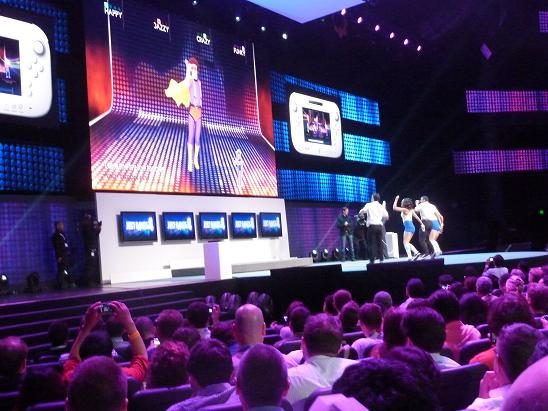 I kinda geeked out when Yves came on stage because EVERY time that man is the news we talk about him in the n00bketeers podcast I can never pronounce his name and end up sounding like an uber dork. So it was like, OHAI person that causes me to sound like an uber dork! But then came Just Dance 4 andddd…yeah! WEEEE! What else is there to say? 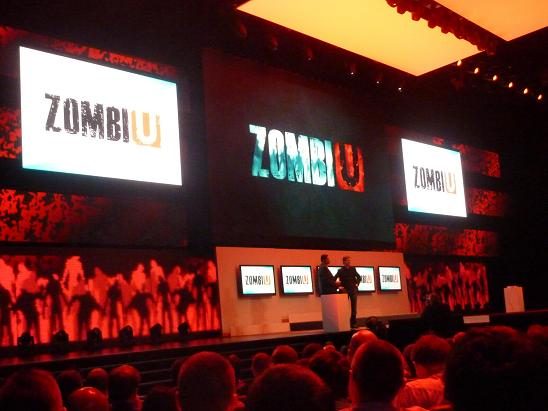 ZombiU made my pants tingly, got my blood going and made me feel like I was a 13 year old girl at her first Backstreet Boy concert. ZombiU had an AWESOME presentation, and I even had the chance to play a short demo on the show floor. Ubisoft has done a great job at ensuring the second screen on the GamePad isn’t utilized in such a way that it feels gimmicky. And, for the love of God — WE SAW BLOOD! GORE! Things we never see in Nintendo games anymore! <33333 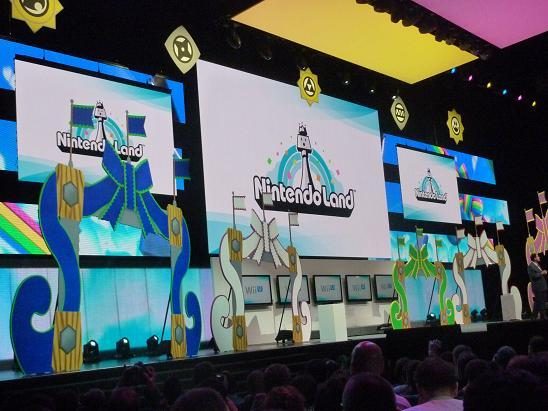 Okay, here’s the thing: I played and watched some of the minigames included in NintendoLand. They’re fun. Now, think of NintendoLand as the Wii Sports of the Nintendo Wii. If NintendoLand is going to be packaged with the Wii U, GREAT — that would be a smart way for Nintendo to show the capabilities of the GamePad WHILE offering fun and intuitive ways to do so. (I believe I read somewhere that Reggie Feels on Me has the say-so as to whether or not that happens.) But Nintendo spent WAY too much time on this presentation as well as too much time mulling over little details we don’t care about for it NOT to be announced as part of a bundle.

I was very disappointed in Nintendo’s press conference. This was their chance to trump Microsoft and Sony and announce new, KILLER IP’s, first party games, third party support that DOESN’T include already released titles…ugh. The titles that were announced were nothing special (sorry, but who didn’t see Pikmin 3 and NSMBU coming?) and the best thing that came out of this conference was ZombiU — a THIRD party title. We weren’t given a release date, release price, a launch line-up, NOTHING that convinced gamers that the Wii U is a day-one purchase.

Nintendo, you have a LOT of work to do before Wii U launches.

What did you think of Nintendo’s conference?