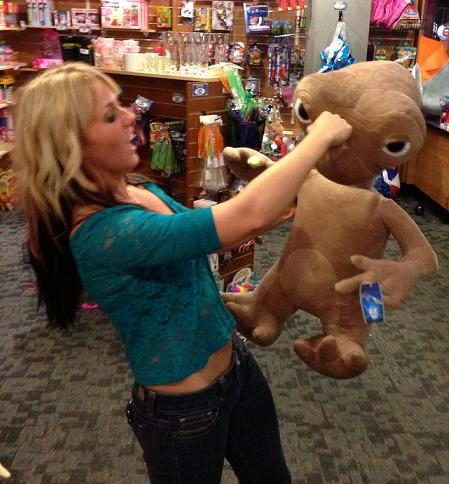 Over the weekend I ventured to my stomping grounds (AKA GameWorks) and sometime during the night I stumbled across this helpless, stuffed E.T. I decided to punch it in the face, because hey, it’s E.T. and its video game is notorious for being one of the worst things ever produced on this planet (besides always-on DRM requirements).

Shortly after this act of violence, however,  it dawned on me that I have never played E.T.  Guys, I felt so terrible for introducing my fist to his face without reason I immediately considered anger management classes. I mean, who am I to judge? As far as I know E.T. could be the best video game of all time and this entire “E.T. SUCKS!” bit could very well be an inside-joke within the gaming industry I’m taking too literally.

I decided to make things right.

Yes. I will soon try this game out for myself and make my own decision. Who knows? I might replace my Dragon Age shrine with an E.T. shrine after all of this is over.