Taken from the press release:

“Those Who Speak expands on the story of King Alistair, as he travels to an empire of evil mages to uncover the fate of his lost father. Accompanied by the pirate captain Isabela and the underworld merchant Varric, King Alistair will stop at nothing to learn the truth, even if it means battling an army of cultists single-handedly.” 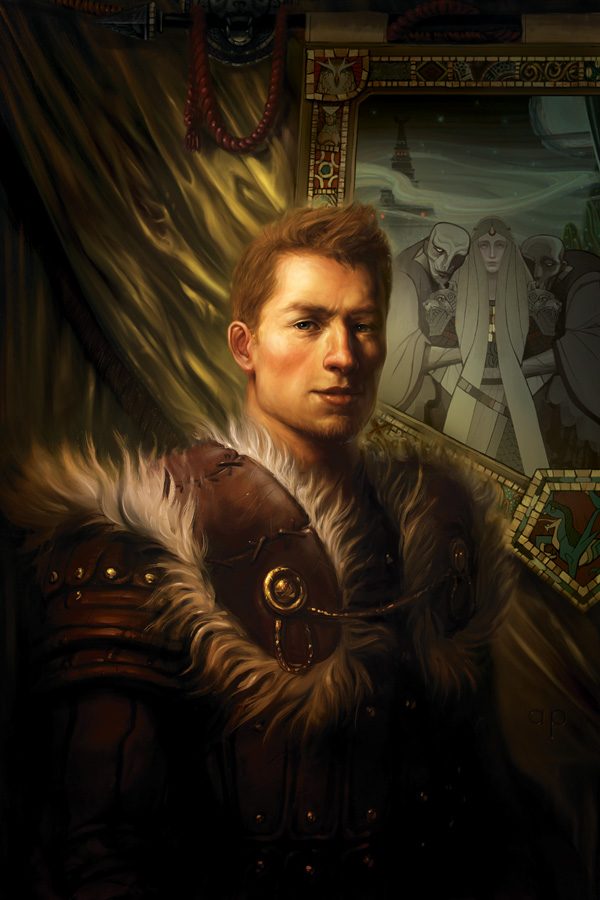 Okay…I am noticing a trend. Why is Alistiar becoming progressively uglier? HMMMM? Are you trying to tell me I should move onto other people, Bioware? …Errr, I mean, it’s not all about Alistair’s looks. He’s positively charming and that is why I will always have pseudo-feelings for him.

That being said, let me totally contradict everything I just said about loving Alistair only for his charm by looking at exhibit A. ::puts on scientific glasses::

::cocks head to side:: To be completely fair, comic Alistair has Dragon Age II Alistair beat…but I can’t get over that nose. It looks sort of clownish. And his cheeks are a little rosy. But the more I look at it the more he grows on me…

Either way, Those Who Speak is a thing I will be purchasing, because anything to do with Dragon Age – regardless if the firecrotch wonder is in it or not – is a thing that I need to own. No release date as of yet, but as soon as I find out I’m sure the entire world will know about it. ;)