It looks like I’m about to run into a few of my buddies from Origins. The first being good ol’ Nathaniel, who is the unfortunate spawn of Rendon Howe, aka the douchebag-traitorous-bastard from Dragon Age: Origins. Nathaniel’s sister was in Kirkwall (I originally met her and Nathaniel in DAO: Awakening) and she told me Nathaniel and other Grey Wardens ventured into the Deep roads in search of the abandoned Thaig. She begged, pleaded and even flashed me her virtual boobies in effort to persuade me to accept the quest of locating her brother. 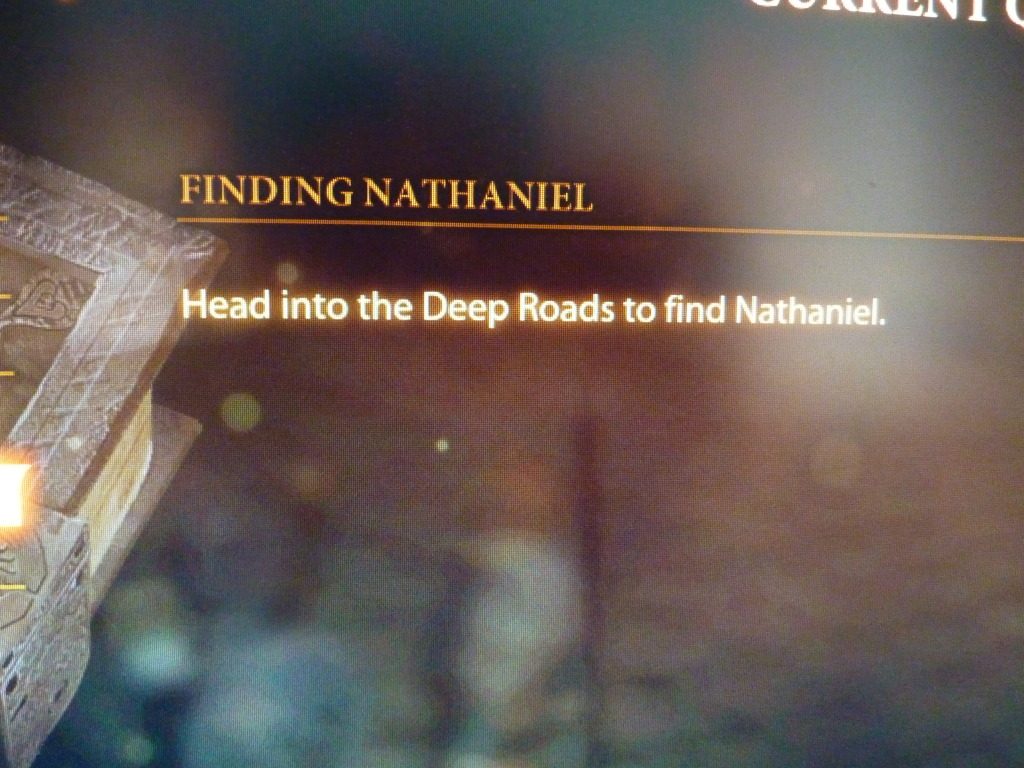 Okay so I made that up. I readily accepted the quest without the persuasion of boobies. While I was speaking with his sister, Anders chuckled to himself and made a smartass remark about Nathaniel and his lack of humor. That’s the kind of stuff I love!

The next character I’ll cross paths with will be Zevran. He’s my favorite lil’ blonde elf. He also happens/happened to be an Antivan Crow assassin who once tried to kill me <3.  While wandering Kirkwall I ran into some distressed folks from Antiva, and one of the men claimed to be a noble hunting an assassin. Apparently this assassin is an elf, and in an effort to hide, is blending in with the Dalish. It’s my job to find him. 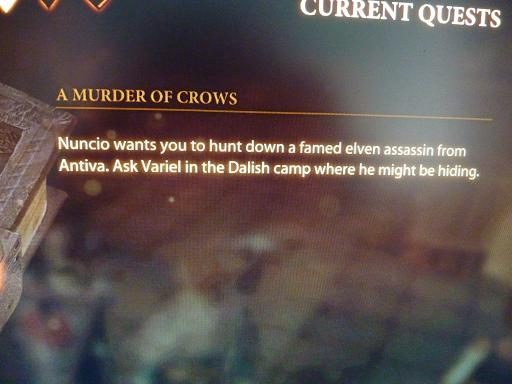 Now, let’s do some basic math.

And if it’s not Zevran I’m pursuing, I might just throw myself out of a window. This is going to be the first DA:O character I’ve come across in Dragon Age II. If Bioware thinks I’m going to kill Zevran in exchange for gold and experience points, they have another thing coming! BAH!. Hell, you saw the mental breakdown I had when I thought I’d killed Sten. Even if Zevran blindly chucks a dagger into a crowd of people and it strikes Hawke’s uncle and mortally wounds him, I’d still be like OHAI Zevran accidents happen you can go now.

I’ve said from the get-go that one of the things I want from Dragon Age 2 is multiple references to Dragon Age: Origins. I will give credit when credit is due, and Bioware gets a heaping lump of sparkling, shiny credit for bringing these characters back, even if it’s for nothing more than a cameo.