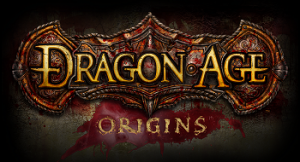 I have made progress. YIPEE!

After practically destroying the Circle of Magi (sorry, First Enchanter Irving) I headed back to camp to plot my next destination.

Because of that, I’m trying to mix it up this time around and complete all possible DLC before I say ohai to Mr. Archdemon. So I gathered my crew in camp (which has been Lelianna, Alistair, Wynne) and went to reclaim Soldier’s Peak so I could bask in my own glory and stuff. But honestly, one of the reasons Soldier’s Peak was one of the first DLC’s I tackled (I finished Return to Ostagar first) is because of the freakin’ storage chest you can store your shit in  afterwards.

And I need that storage chest so hard.

Maybe it’s just me, but I ALWAYS find myself running out of room in my backpack at one point or another, no matter how much my backpack can carry. I keep EVERYTHING. I try to make sure I always have a spare set of armor for an upcoming party member, a few weapon options, rings, belts, necklaces, the works. But what really kills me are the crafting items.

I don’t utilize traps, poisons or enhancing items at all in DA:O. Call me lazy. Perhaps if I were to play on a higher difficulty (right now I’m cruising the casual) I would need to strategize more and be all crafty ‘n stuff, but meh, fuck it. It’s more enjoyable to go balls-crazy and just charge everything.

I finished Soldier’s Peak and got my storage chest. I was a happy camper. It’s kinda funny…I had like 10 bottles of different alcohol for Oghren  I’d been saving since I started DA:O, so it was nice to get those out of my backpack. Okay that wasn’t funny at all.

Let’s see…oh! I found Sten’s sword. His approval is at like…74 right now? So we’re not totally BFF’s right now. I’m still trying to convince him to let me braid his hair. >). …I wish that was a dialogue choice.

AND, here’s the biggie, I recruited the dwarves. I was looking forward to visiting Orzammar again because I’ve only played that part of the game once, many moons ago. Also, I was under the *very wrong* impression that Orzammar, as a whole, was a quick quest and a drop in the bucket compared to the other recruiting missions.

I forgot that Orzammar was in a state of turmoil ‘cuz King Endrin had kicked the bucket. I also forgot I had to do the Grey Warden-y thing by choosing one of two political parties to side with (HARROWMONT FTW! I did my research—Bhelen is a very bad boy) and prove to the Assembly that that whoever I chose was in the Ancestor’s favor, for without a king, Orzammar wouldn’t help me. Lazy bastards.

But nooo. It’s not that easy. I had to fight in the Proving, settle the dust in Dust Town (see what I did there?) and venture into the Deep Roads in search of Paragon Branka, who is ultimately a psychotic bitch. By the time I left the Deep Roads, Ogrhen’s approval rating was like, -13. Thank God for all of that stored alcohol at Soldier’s Peak!

Long story short, I crowned Harrowmont as King, even though I’m not entirely sure I agree with how he wanted to run things in Orzammar…ANYWAY! I have to tell you guys something.

So, you remember that SNAFU with the sloth demon in the Circle of Magi? If not, I’ll give you the short version: During the quest Broken Circle, DA:O glitched on me and I was able to entirely skip the fight with the sloth demon as well as the Fade mini-quest. This made me happy in the pants because that’s my least favorite part of DA:O.

I contemplated engaging him. But I promptly said “fuck that” to myself and left him alone.. Unfortunately, I suffered a few penalties from the glitch (I couldn’t save Isolde and her son in Redcliffe and First Enchanter Irving died), but I continued on my merry way.

So, that’s the SNAFU. I thought I was done with the Circle, but while I was in Dust Town a dwarf gave me a quest that took me back. The quest itself would be easy; I just needed to track down a Mage somewhere in the tower and give him Lyrium in exchange for gold. Unfortunately the bastard wasn’t on any of the lower floors, so I kept climbing up and up… 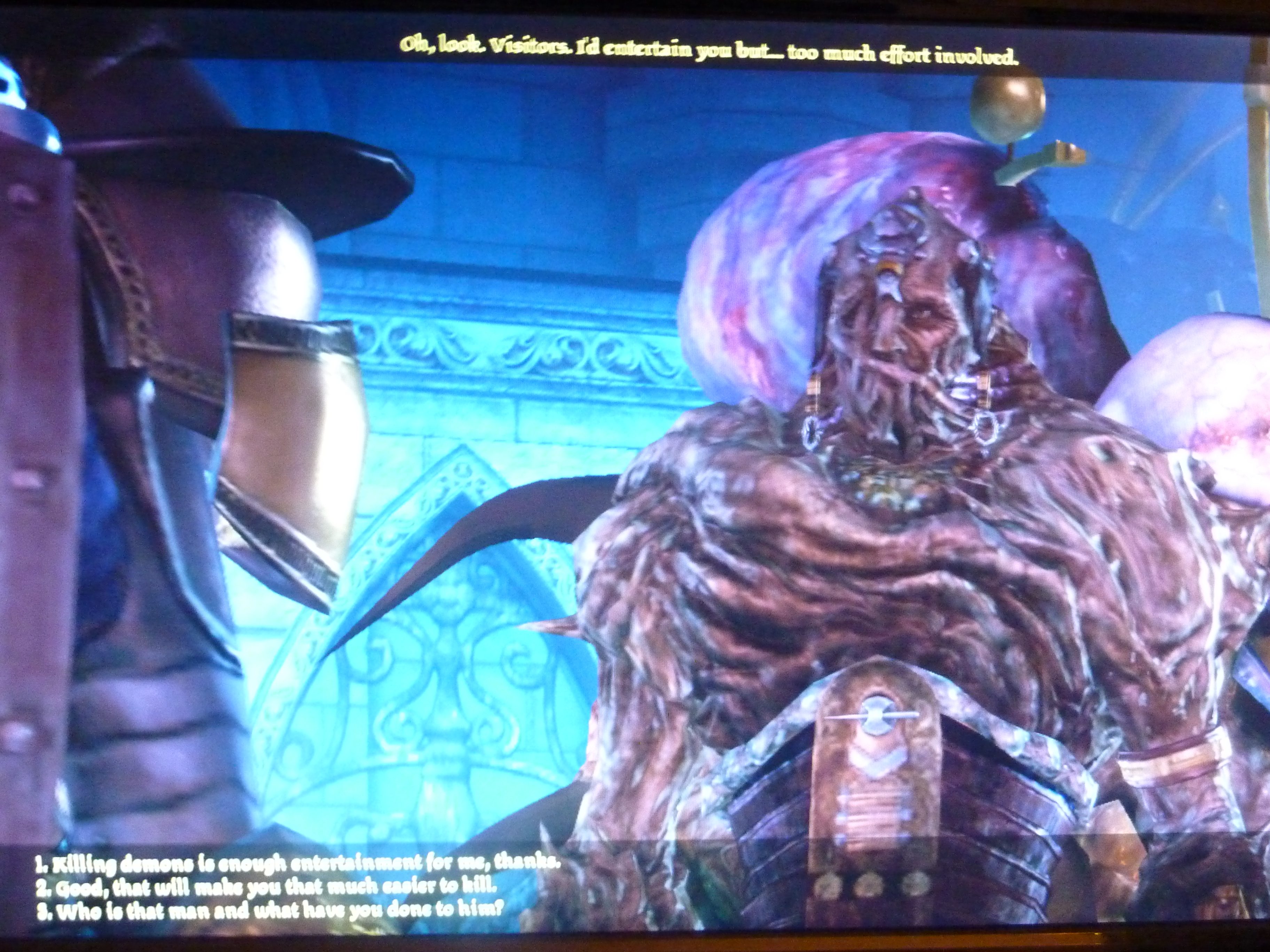 Ohai Mr. Sloth Demon. You were still waiting for me. Lovely.

So, at this point a million things are racing through my head.

WTFWHYISHESTILLHERE. Do I fight him and enter the fade? If I do, I’ll get those attribute bonuses I missed out on. But, if I do fight him, will it screw the rest of the game up? Now that I’m engaged in conversation with him, I’ll be forced to enter the fade. Will I lose all progress I’ve made?

Then I remembered something. I remembered that I’m a save whore and have several different save files I could boot up. In fact, one of them would take me right back to Dust Town before I even accepted the quest.

So, I did the responsible thing. I forcibly shut down DA:O (eek!), booted up my save, and pick-pocketed the dwarf that would have given me the quest.