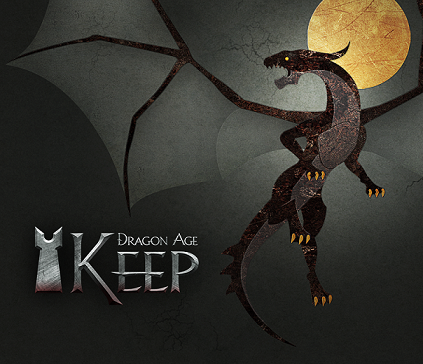 I’m sad to report Dragon Age Keep isn’t a Sim-esque simulator whereupon you mate with Grey Wardens/Seekers/Darkspawn (if you’re into that sort of thing) at your “keep”, but instead is BioWare’s answer to the complicated issue of implementing your Dragon Age: Origins and Dragon Age II save files into to Inquisition. (BUT I WILL SAY THERE IS STILL HOPE RE: MATING AT KEEPS. From the sound of it you’ll be able to establish inquisition bases, and, y’know, maybe you can do the dirty at one of those. YESSSS!)

Seeing as this time around BioWare is dealing with a new game engine and next-gen console shenanigans, the process ain’t as streamlined as it used to be. So, think of it this way: Dragon Age Keep is a cloud-based application that will launch before the release of Inquisition, and will allow players to mold and shape the world of Thedas they’ll encounter in DA:I.

“Within the Keep, fans will be able to customize as much or as little about the world of Thedas as they wish,” Mike Darrah told IGN. “You can change your choices to see all of the different opportunities in previous games. Once you start a new game, it will use the choices from the previous games from that moment.”

“For players new to Dragon Age, the Keep will serve as an engaging way to understand the people, places, and events that shaped the world leading up to Dragon Age Inquisition. In tailoring the history of the world, they’ll learn about the Mage/Chantry feud that’s erupting into war, the Orlesian conflict with Ferelden, and what a qunari is.

I’m not just saying this because it’s Dragon Age (I PROMISE) but, damn! This is a great idea. I can see other franchises utilizing this tactic, y’know, like Mass Effect and The Witcher and such. I DIG IT.

If you’re interested in trying out Dragon Age Keep before everyone else, you can apply for the beta now!