I have SO MUCH DRAGON AGE ON MAH MIIIIND I just have to spew it out somewhere. And I can’t do it on Twitter because I don’t want my mind and spirit to be limited to 140 characters. I need to be free. FREEEEEE! SO, hey! I should probably use this thing I have that’s made for blogging. Also, spoilers within. <3

So. At the time of this post, Dragon Age: Inquisition launches in 69 days (huehuehue) and I have to, like, prepare. And it’s at this very point – the thought of preparation — that my mind becomes all jumbled with a million and a half thoughts (more like three or four, but it doesn’t take much to confuse that lump of flesh between my ears). 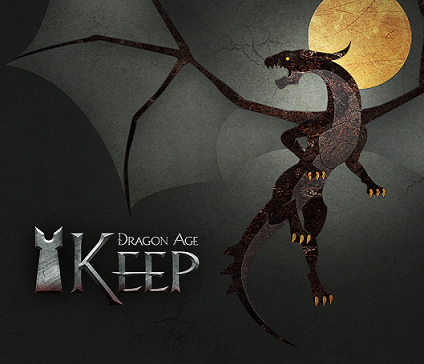 For starters, I FINALLY gained access to Dragon Age Keep on Monday. For those of you in the Fade, Dragon Age Keep is BioWare’s awesome and fancypants way of replicating the Dragon Age universe you shaped in Dragon Age: Origins and Dragon Age II. Basically, you tell the Keep what decisions you made in the past games, and voila! A WORLD IS BORN. (I don’t know how much I’m able to say about Dragon Age Keep as I haven’t received any formal instructions, so I’ll play it safe and leave it at that.)

Now the main, story-altering decisions I made are easy to remember. But some of the smaller, side-questy ones are a bit tough to recall, and I want to make Inquisition’s world freakin’ identical to the world I’ve been playing in. In an attempt to ensure I’m on-point I’ve been reading through some of my old game logs, I’ve been skimming the Dragon Age Wikipedia as well as watching YouTube videos. Hell, I even booted up Dragon Age: Origins and have been scouring through my old mission logs. I’M TAKING THIS VERY SERIOUSLY.

HOWEVER. How-freaking-ever, I’ve come to a crossroads with one of the main branching storylines. Remember the Circle of Magi? Remember the glitch I encountered? As much as it pains me, I’ll go over it again. (Over three years later the emotional wounds have yet to heal.)

During the Broken Circle quest, Dragon Age: Origins glitched and I was forced to skip the fight with the sloth demon as well as the Fade mini-quest. Let’s go over the immediate and long-term consequences of that glitch:

I struggle because those aren’t decisions I would’ve made otherwise. But NOW, with Dragon Age Keep, I have the option to stand tall, puff out my chest and squish that glitch in the ground. LONG LIVE THE CIRCLE! LONG LIVE IRVING! LONG LIVE ISOLDE!

But I DON’T KNOW if I want to create a world where none of those terrible things happened. Glitch or not, it was my world, and I fondly remember the templars fighting at my side, I, uh…also fondly remember Dagna’s rejection to the Circle…I fondly remember Alistair yelling at me for killing Isolde… (Funny enough, “ALISTAIR MY GAME GLITCHED STOP NAGGING ME ABOUT THIS” wasn’t a dialogue option.) …Y’know, damn. That glitch screwed me over, didn’t it? Nothing good came from it.

But let’s say in 69 (huehuehue) days I’m playing Dragon Age: Inquisition and I see Irving just chillin’ somewhere, like, on a park bench or something. I’m inclined to think it would make me feel a bit off and possibly remove me from the story. Do you know what I mean? He friggen’ croaked. But, in my perfect game, the game intended, he would still be thriving in all his Enchanter glory.

(I, um, also have a million other things — erm, more like one or two — to write about buuuut I’ve rambled enough. Until then please help me with this first-world crisis I’m facing.)