Last night I spent a few hours roaming Kirkwall, doing bitch quests. Since it’s Dragon Age, however, I found these bitch quests enjoyable, and even sometimes fascinating as story lore is revealed through them. But most of last night’s progress didn’t evolve the story much, and honestly I found I was jotting down notes of things I noticed were new or different in the game. Therefore this log will be just that..bullet points.

Aveline: These are my activities.

Varric: And the trend of you scaring the piss out of me continues. 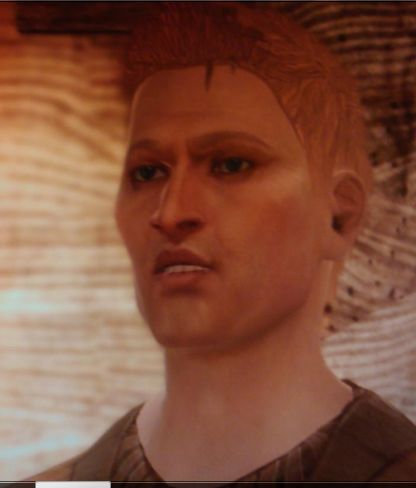 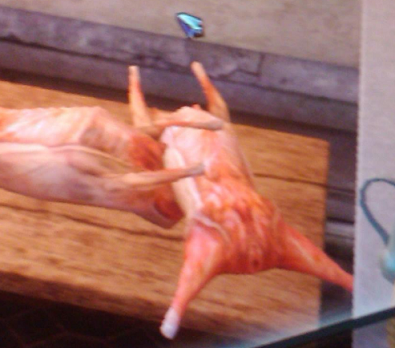 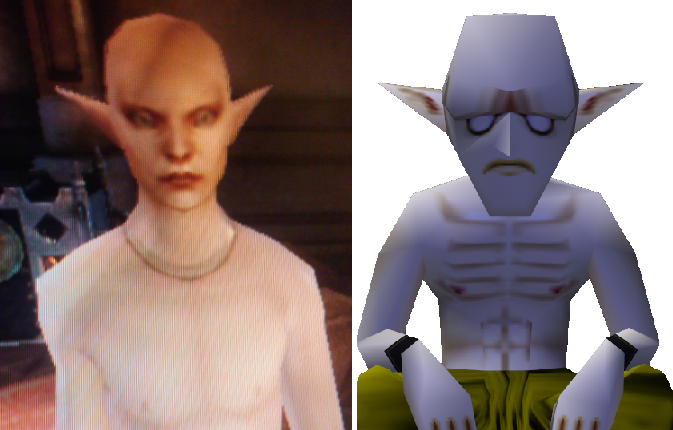 Okay, I lied. I did progress a bit within the story. I recruited Anders and that white-haired elf dude. I can’t remember his name…is it Frenris? But you know who he kind of reminds me of? Thane from Mass Effect 2. Just saying. Anyway, apparently his slaver is after him, and white-haired elf dude intends to murder the shit out of him. He seems like a badass. But…humble. Kinda freaky. Like Thane.

So, here was my reaction upon finding out that a Grey Warden was in Kirkwall:

Came in with other refugees. HMMMM.

He’s a healer…apparently he is not a warden now…heals people, delivers children?  ANDERS DELIVERING CHILDREN?! Hahahaha HA! IT IS ANDERS. Bahahahahaha.

So, I’m hoping Anders will be witty, funny, cute, stupid, a badass, pretty  much what Alistair is. Will he have ser pounce a lot?!

“THOSE BASTARDS MADE ME GET RID OF MY CAT! Poor Ser Pounce a lot….a noble beast. Swatted a Genlock  on the nose.”  He gave him to a friend in Amaranthine. He escaped the wardens.

Hahaha…I’m such a spaz. As of right now, I think I’m going to go after Anders. And by go after, I mean force him into my tent or house or whatever it’s called now and have my way with him. Another interesting tidbit on Anders: He joined up with Justice from DA: Awakening. At the end of the fight at Warden’s Keep, the body Justice had been inhabiting was beheaded, and I was hoping I’d find out what happened to him. Now, though, Justice has become “one” with Anders and has turned into Vengeance. I wonder if that’s something I can fix by boinking him—I mean, befriending him.

Also, I clarified what the Qunari are doing in Kirkwall. Are they even in Kirkwall? BAHAHA. Fail. Anyway, their ship was fighting another and they crashed on the reef. They’re currently waiting for a boat back to Par Vollen. WILL I SEE STEN!?!?!

AAAAAND…I think that’s it! I’m about to break into my family’s estate and try to reclaim the will that my uncle left there. That asshat.