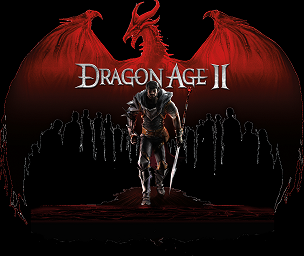 [Ohai! This was actually a part of yesterday’s log, but since the entry was so freakin’ long already, I cut these paragraphs out. Hence, this log number is 1.5. God, I’m so witty.]

Maybe I’m reading too much into what I’ve heard from others, but as soon as I heard the opening music and saw the “Press any key” screen, my oh-so-keen instinctive gamer radar immediately warned me that Dragon Age II was going to be a very different game than Origins. More…modern. I’m thinking I won’t see many villages and castles, but instead, cities and towns. I remember reading in the Dragon Age: Origins CE Guide that Ferelden is slower than other lands when it comes to “catching up with the times”, so it would make sense if that were the case.

Apparently, the setting isn’t the only thing that’s different in DA2. I know I can’t be the only one when I say the new, spiffy leveling up system reminded me of the sphere grid in Final Fantasy X. My only complaint so far is the inability to choose what direction I want to spend my points in.  Maybe it’s because I’m at such a low level, but my path to select a skill was black and white. I could select THIS skill in THIS grid, or THAT skill in THAT grid. If that’s how it’s going to be, why wouldn’t they just have kept the same leveling style they used in Origins? That seemed easier to read, and makes this look just like a fancy-pants makeover.

Also, I didn’t see a grid that offered persuasion bonuses. Does that mean you can’t intimidate or sweet talk characters in DA2? I find that hard to believe, seeing as this is a Bioware game. I’m going to assume I missed something.

On another note, I had a huge issue with the frame rate. Granted, my PC wasn’t built specifically for gaming, but it’s pretty freakin’ new (I had it built several months ago) and compared to how Origins ran, this thing CHUGGED. I tweaked almost every setting possible, until I had to settle on running it with DirectX 9 with low quality graphics. Honestly, whatever, graphics aren’t a big deal to me, but even with those settings the game still gets a little choppy at times, especially during battle.

[The following paragraphs were also part of yesterday’s log. I was wondering WHY THE HELL you had to fight the same battle with the Darskpawn twice—first, with generic, black haired Hawke, and then with your hot and sexy customized Hawke.]

Here’s a theory: In terms of story, Hawke starts of his/her journey looking the way you customize him/her but during the course of the story, Hawke will ingest a vile of badassery, join some group, or army, that will require him/her to modify his/her hair and appearance, and apparently, this group requires their members to wipe blood across their nose. More likely, it’s probably something Hawke does to amplify the badassery that lives inside them.

…unless. Unless that seriously was just a way for you, the player, to get accustomed to the combat? But that would be stupid. Why wouldn’t the player be presented with an in-game tutorial upon confronting the first Darkspawn? That would make more sense.

Again, I’m calling it now:  Sometime WAY later in the game, I’ll be that Hawke with short, black hair and I’ll be fighting that mean Ogre.

[BOTH theories were debunked, as Jaym told me that it was that dwarf’s construed recollection of the Champion’s events, but I thought I’d include it anyway, just to embarrass myself.]