If it wasn’t a whopping 76 degrees outside that trailer probably would have given me chills. (FYI that’s pretty warm for us western Washington folk.)

I completely missed out on the on Destiny alpha last month, but word on the street is that Destiny kicks ungodly amounts of ass. Whiiich makes me VERY, very happy, as I feel there was a moment (before the alpha went public) that it was the “cool” thing for kids who received exclusive early access to speculate how Destiny wasn’t meeting expectations because click bait is a thing that exists.

In any case, color me excited. Here are the deets:

Here’s a photo of The Ghost Edition: 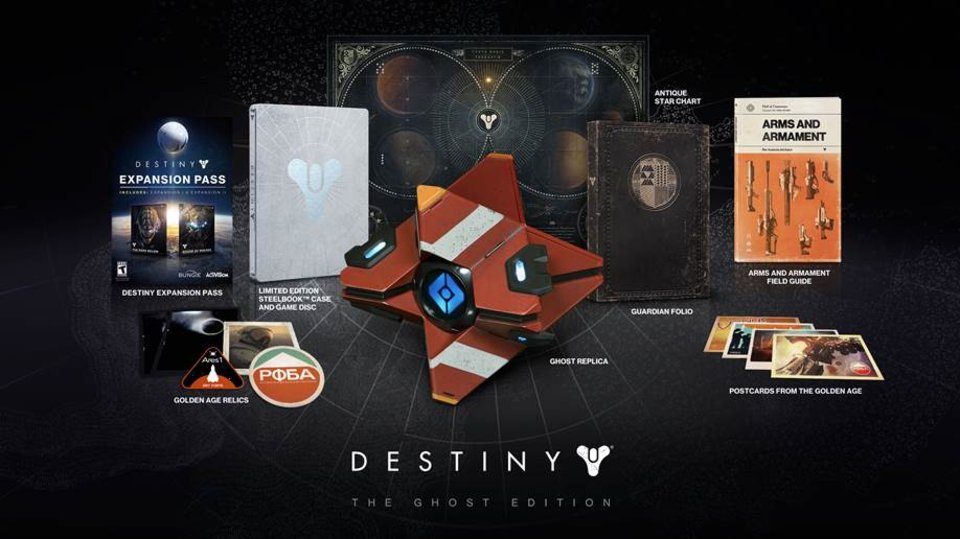 It comes with that fancy Ghost replica (which has motion-activated lights AND Peter Dinklage’s voice) and Golden Age Relics. Looks pretty fucking sweet if you ask me.

So. What edition are you planning to purchase?