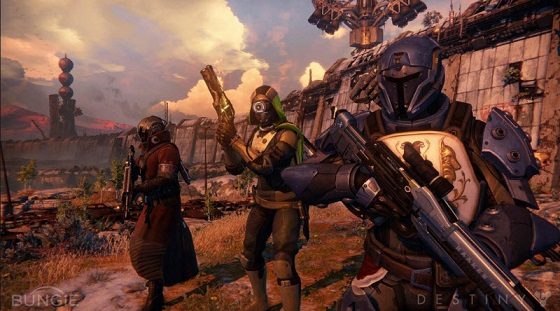 Seeing as I’m not a PvP kinda gal, I only played through Destiny’s main campaign (via co-op) before calling it quits. While I truly had a very fun time, I couldn’t help but feel pangs of disappointment as I slowly realized Destiny didn’t reach its full potential. Where was the lore? (Spoilers: on Destiny’s website.) The gorgeous, narrative cutscenes? Why did the enemies have to spawn in the same location? Why wasn’t exploration adequately rewarded? But instead of dwelling I tried to remind myself that this was the first title in the series, folks are still figuring this weird shooter/RPG/MMO hybrid thing out, there truly is a ton of potential for the future, yadda yadda yadda.

The announcement of a sequel (even if we saw it coming) is exciting. Bungie and Activision are well-aware of fan feedback, and of course changes will be implemented in the sequel, which will (hopefully) turn Destiny into the mind-blowing piece of awesomeness we thought this first one was going to be.

What do you think? What would you like to see changed in future Destiny titles?