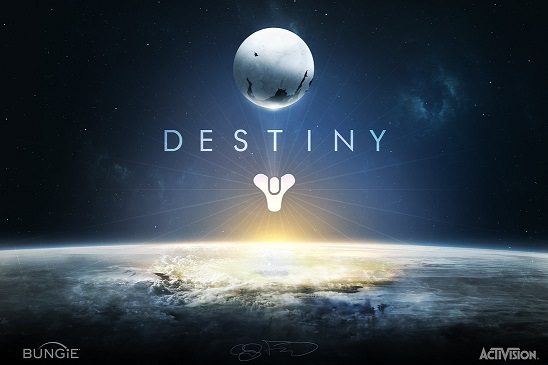 Back in 2010 I was wandering about in the small town of Winthrop, WA for a mini-vacation. As some friends and I were enjoying the warm weather and nomming on some ice cream we spotted a man rocking a Bungie shirt. So, I engaged him in some idle chit-chat. And of COURSE I had to blog about my encounter with this guy, as the Activision deal had just been made public and the industry was “WTFBBQ”ing all over the place. Oh, it’s probably worth noting that back then I was blogging several times a week on IGN’s community blogging platform, and the idea of BlondeNerd.com was non-existent.

With these four-year-old words, I’ll allow the me of the, uh, past tell the story.

“As a friend and I were chit-chatting at an outside table (did I mention the weather was GORGEOUS?) he pointed to a man sitting behind me with two children and I noticed the man was wearing a shirt that had the infamous BUNGIE logo on the back. For a second I was internally debating with myself whether or not I should say something, but like I said that debate only lasted a second.

I asked him if he worked for Bungie, and he said he did. I then congratulated him on Reach which prompted him to politely thank me and ask if I had played it yet. I sheepishly said no, but that it was on my list of things to play (just like a thousand other titles—but I didn’t make mention of that). I asked if he was ready to move onto “bigger things” (aka hinting around Bungie’s multi-plat publishing deal with Activision) and he said something to the effect that it’s a little scary moving on, which is understandable.

He then pointed to the image on the FRONT of his shirt and said, “Actually, this shirt is from our upcoming game.” Unfortunately for me, the image was obstructed due to the bagginess of the shirt.

I could have demanded that he show me stretched out his shirt to give me a better look (and maybe that’s what I should have done) but I didn’t want to be (what I thought would have been) obnoxiously nosy seeing as I had shown no interest in his shirt before. I managed to sneak a peek but was nearing the point of exhaustion and suffered delirious-short-term-memory loss. I glanced down at it and said, “Oh! I was wondering what that was!” ::awkward chuckle::

After a few more casual minutes of chit-chat, we said our goodbyes.

Looking back on it now, I wish I would have taken a better glance at the image. The best description I have is that it resembled a luminescent hand (and here is where I know I am 100% completely off of my rocker) that, I kid you not, looked like it was throwing up the shocker.  Of course this can’t be true but is only a result of my delirious, albeit perverted, state of mind and an obstructed image, but I gave you the best I got.

Because I seriously doubt the motto for Bungie’s new IP is going to be “Two in the pink, one in the stink”.

Now that that game is out — and it’s called Destiny — and we’re VERY much aware of what the logo looks like, it sure doesn’t look much like that aforementioned sexual gesture, does it? I essentially wrote off my shocker theory and coughed whatever it is I saw to being some old concept of a design that no longer exists.

During PAX Prime last year I SAW SOME DUDE ROCKING THAT SAME EXACT SHOCKER-ESQUE LOGO ON HIS SHIRT. IT LIVES! Unfortunately he was friggen’ going down the elevator as I was friggen’ going up so getting his attention was impossible, but believe me, if I coulda I totally woulda.

Therefore my mission is this: Find a Destiny-shocker-esque t-shirt and take a picture of it. Then — and only then — will my life be complete.