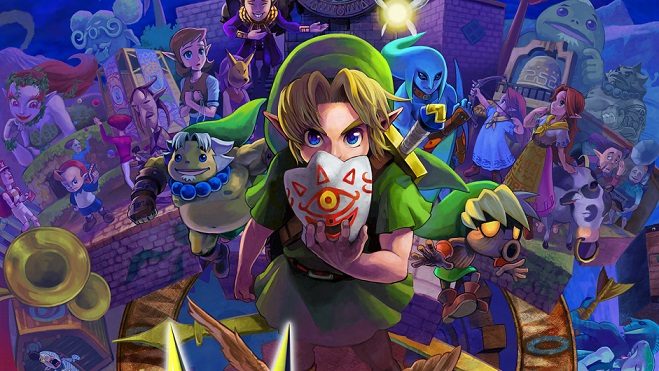 I remember reading that The Legend of Zelda: Majora’s Mask 3D will feature some new ch-ch-ch-ch-changes, but until today I hadn’t actually looked into said ch-ch-ch-ch-changes. (I really hope ya’ll know the song I’m referencing, btw.) I figured some of you haven’t read up on the ch-ch– er, changes either, so let’s make this into a community learning shindig, shall we?

It’s been YEARS since I’ve played Majora’s Mask. ::scratches beard in a thinking manner:: To be specific, it’s been 13 years. So half of my lifetime ago. AHHHHHHHHHHH. ;____; Ah, ahem. Anyway, how do you feel about these ch-ch-ch-ch-changes? Any you love? Detest? Can you think of any others that should be included? Let me know!