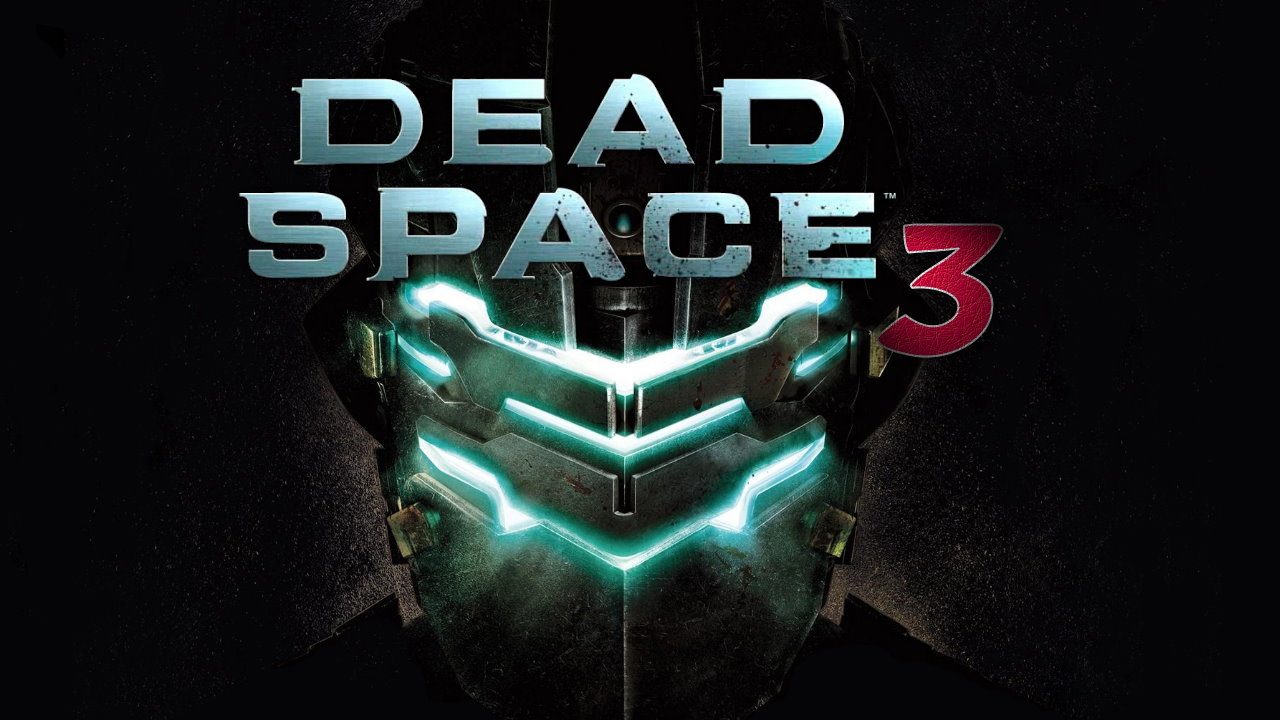 Oh, Dead Space. I love you so, so hard, despite the fact you make me piddle my pants and stain my couch. Er, my couch is leather, so I suppose the urine just trickles down. YOU MAKE ME STAIN MY CARPET, DEAD SPACE! ::shakes fist::

The last time I had any interaction with Necromorphs was back in August of 2009 after completing the original Dead Space. I remember really enjoying the game, and I especially enjoyed the warm ‘n fuzzies it delivered re: old-school Resident Evil nostalgia. Y’know, the backtracking, shit always breaking, deranged, fucked up mutations of former human beings feasting on you…

Fast forward to 2013 and I found myself TWO Dead Space games behind. The third had been out for some time (read: six months) and I was like, “WTF MATE?! I need to get on this!” And got on it I did. Kind of. I ultimately skipped Dead Space 2 — which PLENTY of you have ridiculed me for — but with the two-screen setup in my living room I just HAD to try out the co-op Dead Space 3 offered. After all, what else is Wikipedia good for other than to provide gamers with critical plot moments for skipped video games? I spent a good chunk of time familiarizing myself with Dead Space 2’s story, plot twists, etc. and plopped Dead Space 3 into my game-reading machine. ::Puffs chest out:: And after 18 days I can say I’ve played and completed two out of three of the Dead Space games. That makes me two-thirds of a badass, doesn’t it? Like, I can officially say I’m 66% badass.

Ahem. So, I really enjoyed Dead Space 3. I was worried with another person physically next to me the entire time Dead Space 3 would lose some of its creep factor to a fault. Thankfully the game was still quite freaky-deeky, full of jump-scares and “WTF is THAT?!” moments, but it definitely wasn’t the “HOLY FUCKING SHIT!” type of freeky-deeky. Of course, that’s because my big-girl balls were swollen due to having my co-op partner nearby so I felt pretty invincible.

Orrrr perhaps the feeling of invincibility came from the coming-out-of-my-eyeballs ammunition. Seriously, I had SO much ammo that the majority had to be stored in the safe. In the first Dead Space I distinctly remember having to calculate each and every shot because, hell, ammo was sparse and I had NO idea when I’d next be fortunate enough to stumble across a few shells. Granted I didn’t play Dead Space 2, so maybe this had already been an thing from the second game, but I feel like Visceral took the “low-ammo” sitch from the first and did a complete 180. This isn’t necessarily an issue, and maybe I should have played it on a difficulty tougher than Normal, but I did get a déjà vu feeling of Gameshark’ing for infinite ammo. 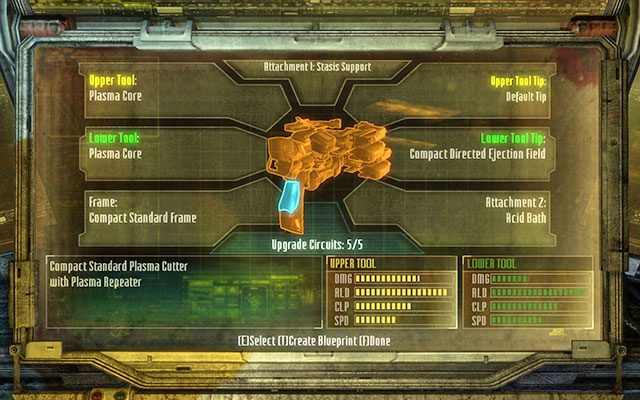 My only other semi-gripe with the game is regarding the weapon upgrade system. Let me just say I think the concept was AWESOME and being an RPG junkie I’m all about customizing my shit, but I think it could have been executed and/or balanced a bit better. While the scavenger bots were awesome and a fun, helpful addition, I used them frequently which meant I had an abundance of EVERYTHING at my disposal. So, when I took those resources and applied them towards new and spiffy weapons at the bench I found myself with my weapon of choice 36%  into the game. And while this may not have been the BEST weapon of the entire game, it certainly did the trick when it came to turning ‘Morphs into chunks and I didn’t feel a need to upgrade it any further. The same thing goes for the suit upgrading. I had my N7 suit maxed out by the time I was 50% or so through the campaign. I mean, that can be a great accomplishment depending on how you look at it, but exhausting both features that early on was kind of disappointing.

Sure, the above pointers were a slight let down, but IT’S ALL GOOD because, dammit, Dead Space 3 was a LOT of fun. 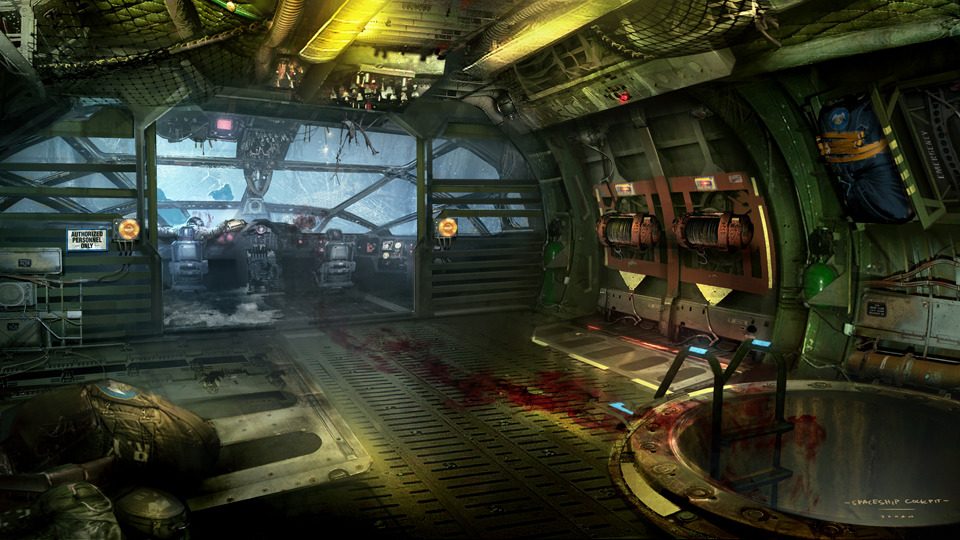 I felt like Dead Space 3 really shines during the abandoned ship missions. There’s something, like…well, I don’t want to say warm ‘n fuzzy because exploring a deserted ship full of dead Necrothings is anything BUT warm ‘n fuzzy. Maybe the word I’m looking for is intriguing/fascinating/awesomejuice. Yes. It was intriguing/fascinating/awesomejuice to explore those random, side-quest-y ships and discover what exactly went down thanks to text logs and audio journals. Speaking of, finding text logs and listening to audio journals was one of the highlights of Dead Space 3. They really amplified the story (which, by itself, wasn’t much of anything to write home about) and gave it a certain amount of depth it would have lacked had they not been included. I cared about the ship I was exploring and the, erm, rotting, dead crew members because I had learned what travesties had occurred onboard and the struggles they had faced. That being said, I still curb-stomped all of those bitches until their limbs were detached. You can’t take chances, man.

Another strong point of Dead Space 3 are the levels. They’re effin’ gorgeous and littered with details. Like I said above, I loved exploring the abandoned ships because I felt like each had a unique story, and a chunk of that kudos is thanks to the level design because THERE WAS STUFF EVERYWHERE. On the walls you could find notes, posters lunch detail, janitorial duties — name it, and it was likely there. Tie the level design in with the GORGEOUS graphics, and you have yourself one truly immersive world.

This game is simply fun. I played co-op for the entire duration, and we really enjoyed exploring the environments, gawking at the insanely beautiful graphics, discussing certain aspects of the story — yeah, this game does co-op VERY well. If you have yet to play Dead Space 3, I highly suggest you try the co-op out in some fashion, and that you play on a difficulty tougher than normal. But all in all, I’m SO happy I buckled down and played another Dead Space title. I admittedly regret skipping Dead Space 2, especially now that I’m once again hooked, but I know I’ll be one of the first in line for the next installment. Thank GOD that hubbub about the series being killed off were nothing but rumors.